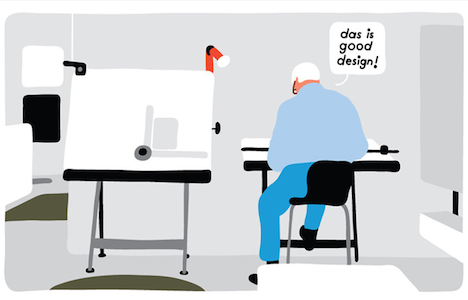 Oscar Bolton Green may just be the most prolific illustrator his age. At 23, he's produced more illustrations, graphics, ads, animations, books and book covers than I can digest in a week's worth of online perusal—and I peruse a lot. Born in London, Green graduated from Camberwell College of Arts in 2010. "Pretty soon after I graduated in 2010 Corraini offered to publish Bird Beak Book, which was a dream come true," Green said. "Everything seemed to follow on from there, really."

Since then he's worked on projects big and small, from cheeky homages to Dieter Rams (above) and with larger clients like American Express, Rolling Stone, GE and Modus Magazine. His latest project is Un Sedicesimo, a series produced by Corraini. "Every couple of months they ask someone to design a 16 page book," said Green. "At the time I was doing these line drawings using a pen I'd recently discovered. These turned out to be the starting point for the book. It was a real honour to create number 25 alongside Nathalie Du Pasquier."

His figurative work and character pieces are a delight; I particularly love the pages filled to capacity with objects and people. But even more than that I'm drawn to "Alphabet Animation" (below), a quick tour of the alphabet through a series of simple sketches of letters that morph into object after object and finally into the next letter. Like the rest of his work, it knows its clever but it doesn't take itself too seriously. 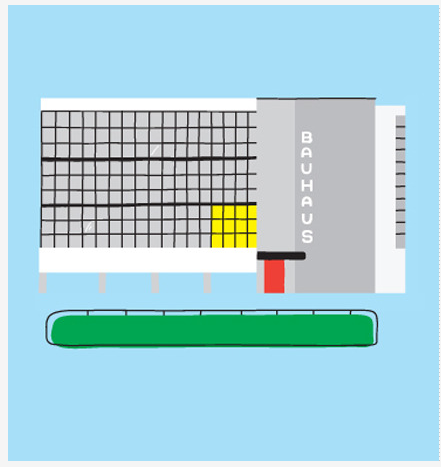 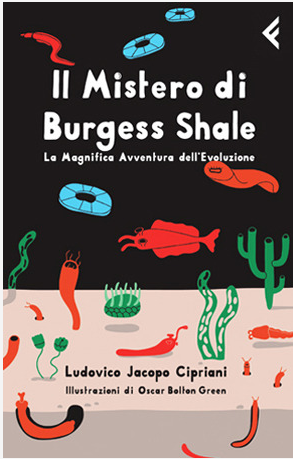 And as for the future? "At the moment I'm working on some commercial projects" said Green. "I also regularly do 'Album of the month' for Rolling Stone. Another children's book for Corraini is in the pipeline too. At some point I'd like to transfer my work to a larger scale, like a mural version of Un Sedicesimo would be fun. Graffiti was a big part of my life growing up you see, so I guess that passion is still there. For me it's important to always try to push your work in new directions."