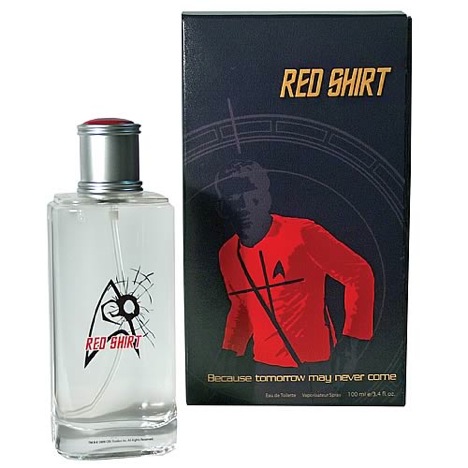 I hate to perpetuate the stereotype that geeks smell bad, but hopefully these licensed fragrances from Jads International can help to end that notion. I'm actually almost a fan of the design of the Avengers fragrances, which are all reminiscent of the Minimalist Superhero Posters. The Smash (Hulk) and Worthy (Thor) products are rather uninspired, but I think Patriot (Captain America) and Mark VII (Iron Man) nicely incorporate the essence (no pun intended) of each of the characters into the packaging design. Unfortunately, the bottles themselves are exceedingly boring. 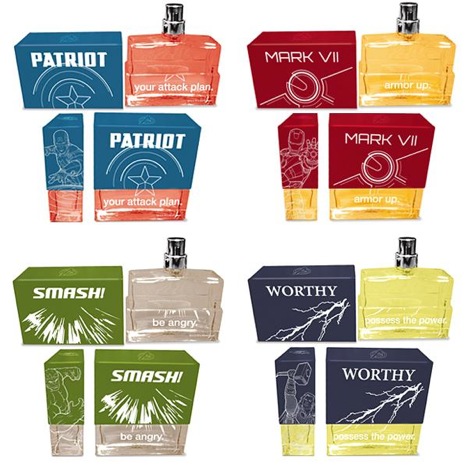 Now, the Infinity Formula as a concept (an immortality serum that keeps Nick Fury alive) seems like it was just made to be turned into a cologne, yet the actual execution again leaves me feeling unfulfilled. OK, I realize licensed products are often poorly produced, but there's just so much potential here! 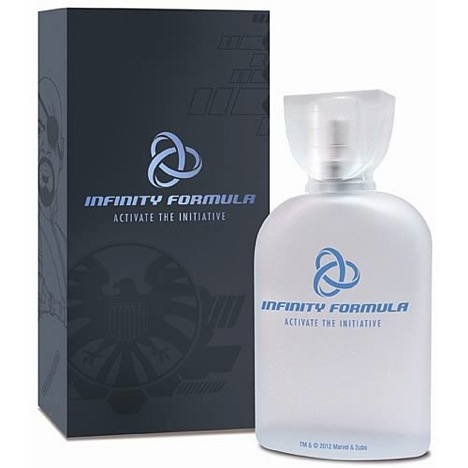 The Star Trek line of colognes is where things start to take a turn for the worse... 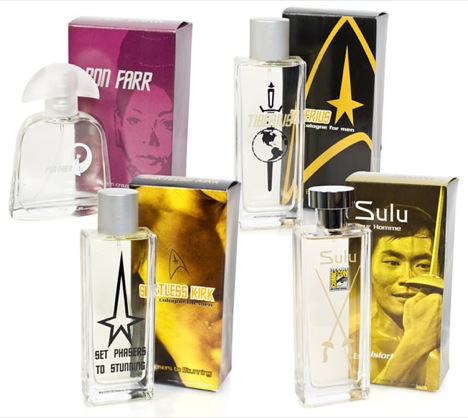 Personally, I think the Red Shirt fragrance has the most merit of the bunch, with a shattered-by-bullet (phaser?) emblem on the bottle and a somewhat appealing package design. The Shirtless Kirk fragrance, however, leaves me contemplating designer-cide. "Set Phasers to Stunning?" Seriously?

As for the Star Wars line, I really don't think anything needs to be said. Just look at them: