See the World Differently through Eyebombing 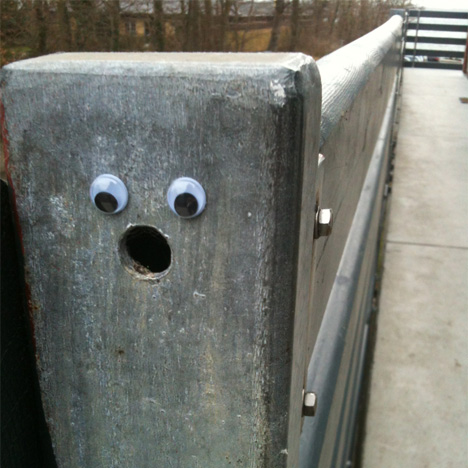 Nope, it's not a new version of the EyeWriter: "Eyebombing" is a far more low-tech—and perhaps expressly meme-friendly—form of urban intervention. 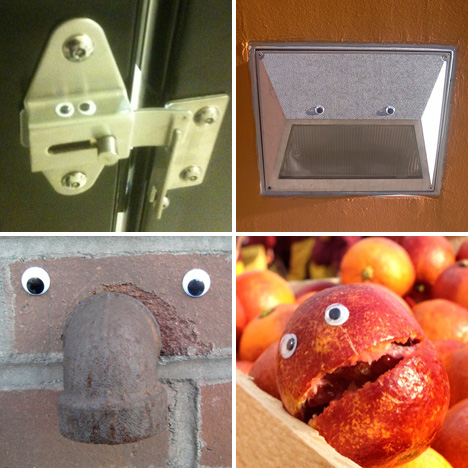 Kim Nielsen and Peter Dam coined the term late last year: "Eyebombing is the act of setting googly eyes on inanimate things in the public space. Ultimately the goal is to humanize the streets, and bring sunshine to people passing by." Their intentions are contrary to those of traditional tags, which Nielsen and Dam see as "egocentric behavior... using vandalism to [get respect]"; eyebombing is "only about the message itself."It's not a fight for the public space, it's to be seen as a lovely addition to that space. An addition that hopefully brings a smile, and brightens someones day. The eyebomber use humor and wit to reach its audience, not vandalism or provocation. 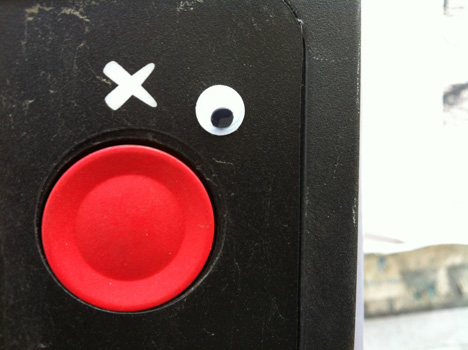 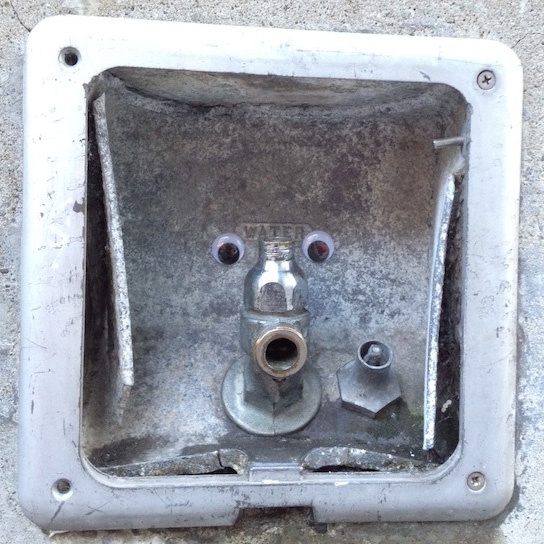 We're certainly past the point of crass Krylon tags—see Marko Manriquez's "fight for the public space" (and no disrespect to Katsu, of course)—but Eyebombing is unique in that it is a simple yet uncanny diversion from the mundane fixtures of the post-industrial world. Where Yarn Bombing, a similarly absurd variant of street art, is characterized by tactility and a sort of Oldenburgian scale that ultimately comes across as rather abstract, Eyebombing is altogether Tweet-like in brevity (suffice it to say that Tumblr is the proper venue for the movement). The fact that it's frivolous and disposable is precisely the point... after all, there may come a day when "googly eyes" refers to a certain search engine's panoptical data mining service. 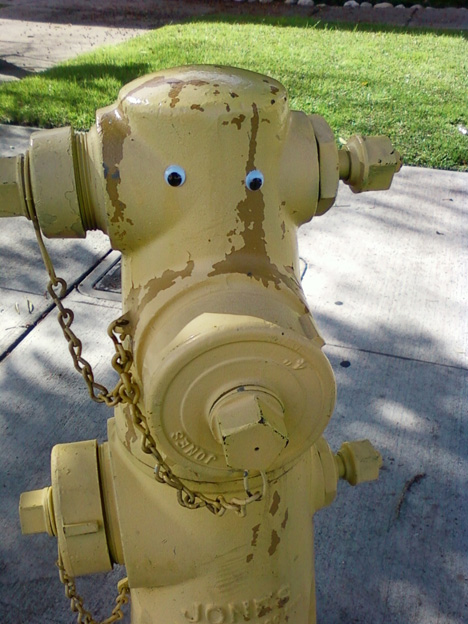 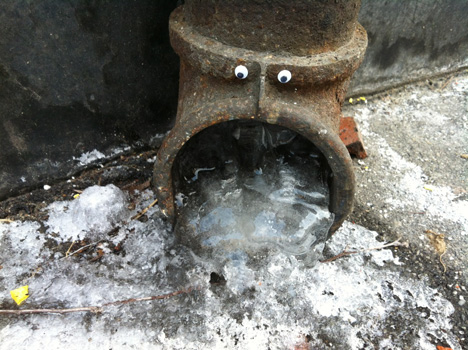 Like David Barry's Kickstarted coathooks, the phenomenon echoes a 2009 AmEx spot in which inanimate objects go anthropomorphic, reminding us once again that the best facial recognition software is the human imagination. 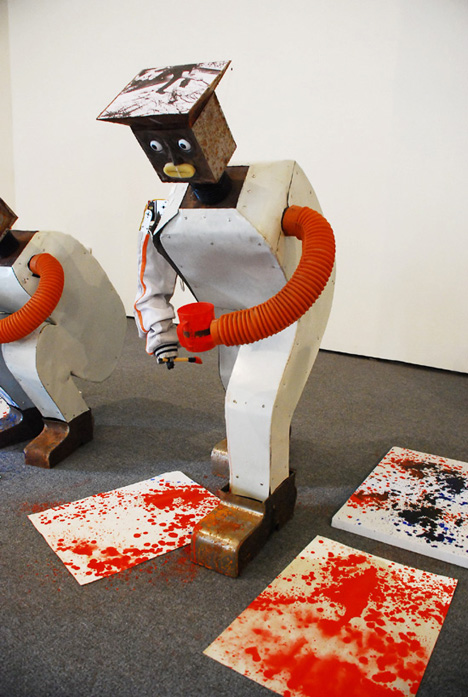 Speaking of which, I was also reminded of Wu Yulu's robots (above) and a series of photos by artist Brock Davis, created as part of his awesome year-long project to "Make Something Cool Every Day: 2009" (below). 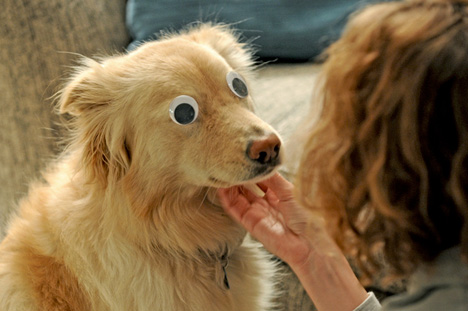