The abstract nature of dearly departed Bill Fogler's 3D Industrial Design class at Pratt Institute, circa early '90s, would have seemed bewildering to anyone without an art school background. We spent hours carving mailbox-sized chunks of plaster into undulating, twisting forms under the notion that discrete lines, curves and surfaces could contradict and yet somehow relate to each other in a universally pleasing way. Most bewildering was that you would actually receive a grade. This sculptural science, Fogler maintained, could be quantified and taught.

In the years since, I've looked at the shape of everything from Alfa Romeos to zucchini and noted which parts Fogler would have drawn an X on with his pencil, saying "This surface needs to come down more—look at how this curve on the other side relates to it." If every industrial designer in the world had been made to take Fogler's class, we'd all be better off for it.

So where is all this going? Ferrari has just released images of their F12berlinetta, which is scheduled to make its public debut at next week's Geneva Auto Show. And to me this object exemplifies everything Fogler was talking about. 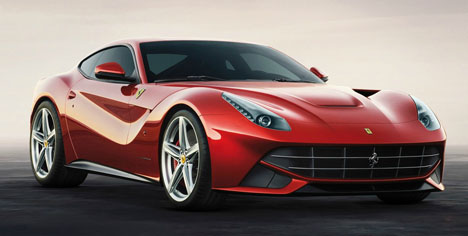 The bold S-curve cutting through the profile, the abrupt, shocking smile of the front grille, the surprising switchbacks in the tail—these are all things we've seen other auto stylists try and fail at, but on this one, I can't see a line out of place no matter what angle I look at it from.

I'm aware Fogler's methods still have a degree of subjectivity to them, and I was far from his best student, but I can't find a single place on this car where his pencil would have come down. The photos are best seen large, and we're constrained here by a pixel limitation, so click here to see a full-sized slideshow. 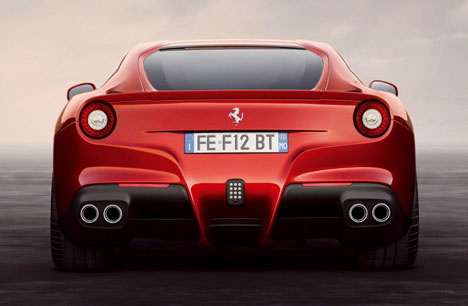