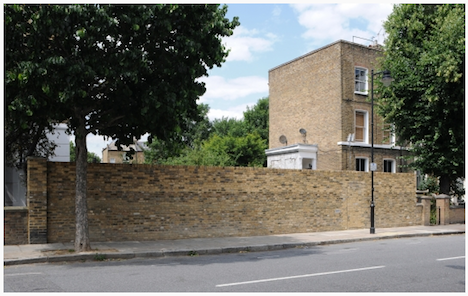 Last summer, London-based architect Jack Woolley completed the renovation and expansion of a run-down carpenter's workshop, salvaging as much existing construction as possible to convert it into a beautiful live/work space flooded with natural light. It also has one of the best entrances I've ever seen, a "hidden" door in the brick wall that runs along the street. I caught up with Woolley this week to ask him how he made it and to talk about his other work, including his twelve crazy patents.

Core77: How was the former workshop accessed from the street?

Jack Woolley: The original workshop could not be accessed directly from the street. Instead you had to walk across the front garden of the neighboring house and through a gate which led to the back of the workshop where there was a door.

The new door onto the street was necessary to make the building effective as a live/work space. The door from the street gives access to both the work area and the live area, but by keeping the original entrance, an alternative is provided which allows the work area to be entered independently - important for the comings and goings of staff.

Core77: Why the "hidden" entrance in the stone wall out front?

JW: The brick street door is an attempt to mark the entrance in a way that is memorable yet simultaneously respectful of the original wall. 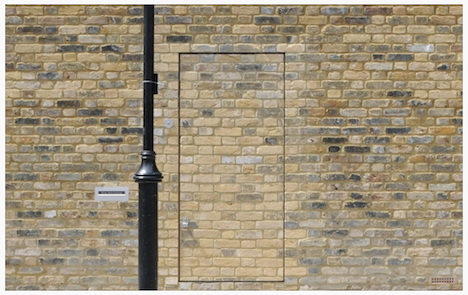 Core77: How did you cut through the stone wall?

JW: To construct the entrance, part of the wall was carefully taken down and a stainless steel armature inserted. To save weight and provide space for the armature, the original bricks were halved along their length and mounted on the armature in their original pattern.

Core77: About how much material were you able to salvage for the remodel? How did you manage to save the sodden timber?

JW: The amount we salvaged from the original structure is hard to quantify, but I think it was in the region of 60–70%. The timbers came from the original roof—an accumulation of bituminous patches, asbestos cement corrugated sheeting and damp timber boards. The boards turned out to be pitch pine, so although the surface was in poor condition, the resin in the pine had preserved their core. We stored them in airing racks for about six months and then lightly planed them. We removed enough of the surface to reveal the grain of the wood, but not so much as to lose the history of the boards. For example, marks from places where the boards originally rested on the joists can be seen. The boards were bonded together to make panels and the cabinet doors and drawer fronts cut from these in a way that ensured the wood grain matched up as it ran across the gaps.

It's easy to see why out of all his work, Woolley is especially proud of the Old Workshop. As he says, "The project increases the density of a small patch of city without compromising things that are special about the neighborhood." And that's coming a from man with twelve super complicated-sounding patents. Just to give you a taste: "Four are related to an adjustable sphygmomanometer cuff. The others were for: a device for producing aerated water streams; a device for spreading granular fertilizer; an explosion suppression device for coal mine tunnels; an adjustable floor mop; a self cleaning visor assembly for motor cross; a knee joint for prosthetic legs;; an emergency provisions container; a plug in vapor dispenser."

Woolley is currently working on a "partially sunken house on the site of a former garden which aims to recreate the garden by integrating it into the fabric of the building." See more of his work here. 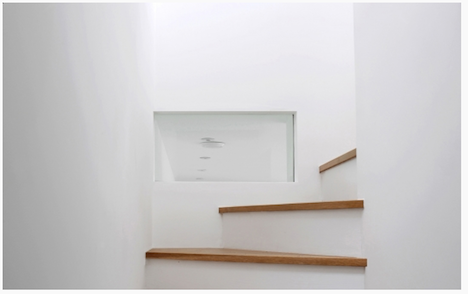 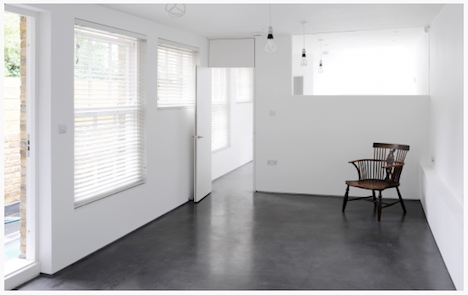 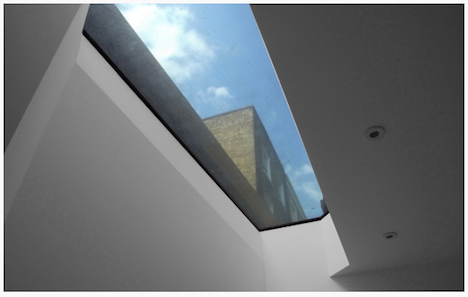