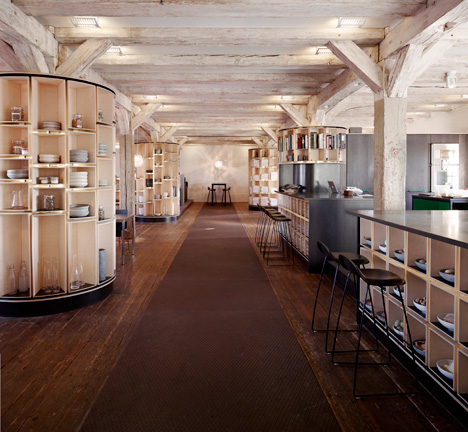 Danish architectural practice 3XN launched their internal "Innovation Unit" called GXN in 2007 with the goal "to develop a building culture that positively affects the world in which we live both architecturally and environmentally" (the 'G,' of course, stands for 'green'). Their latest project fits nicely with our March editorial theme of Food Design, the increasingly fertile intersection of the two creative pursuits: Copenhagen's NOMA—which (if you don't know by now) was voted the Best Restaurant in the World for the second year in a row—invited them to design the interior of the new NOMA Food Lab. 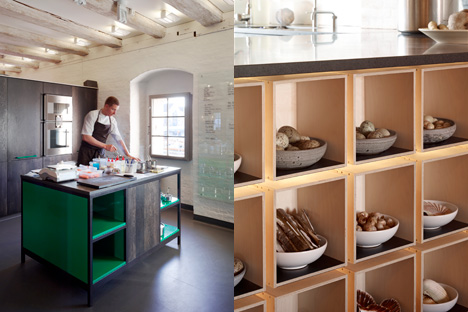 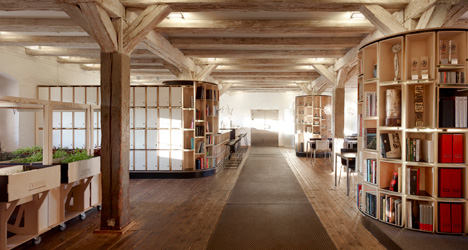 In fact, we had the opportunity to meet the brilliant René Redzepi, founder and executive chef of NOMA at the Design Indaba Conference in Cape Town, South Africa. Of the collaboration with 3XN/GXN, he said, "We have been happy to work with GXN on the transformation of our former meeting rooms. The result is great and has contributed to not only the space, but also organizational life and inspiration." 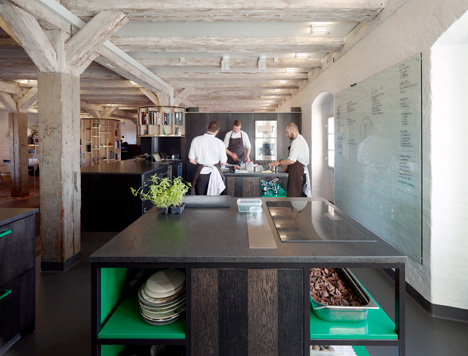 NOMA Lab's interior fixtures (no connection to Noma Bar's Wallpaper covers) presented a challenge from the outset: the facilities are housed in "a former warehouse on the national registry of protected buildings. The tight restrictions meant that GXN was required to design the interior without using so much as one single nail in the walls or flooring." Thus, the design team had to literally work around the existing space:The approach was to design four central multi-functional storage units; each composed from over five hundred uniquely formed wooden cubes. Curving playfully throughout the space, these units divide the 200m room into smaller areas accommodating the Food Lab, the herb garden, staff areas and office. Raw and simple, through colours and forms, it captures a unique Nordic aesthetic. True to the restaurant's philosophy, the NOMA Lab is developed exclusively using Nordic materials. 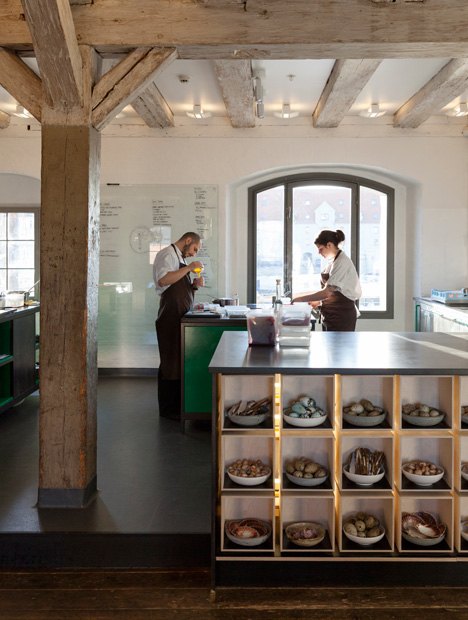 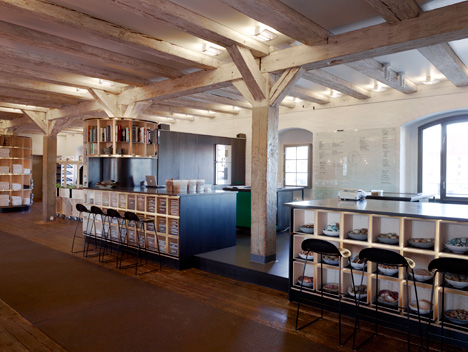 Thus, NOMA Lab represented a felicitous collaboration for both the restaurant and the design firm. Kasper Guldager Jørgensen, Head of GXN, dubbed the project an "Architectural Cookbook," noting that "NOMA's dedicated and creative engagement in gastronomy is similar in many ways to GXN's experimental take on new materials and ingredients in the architectural world." 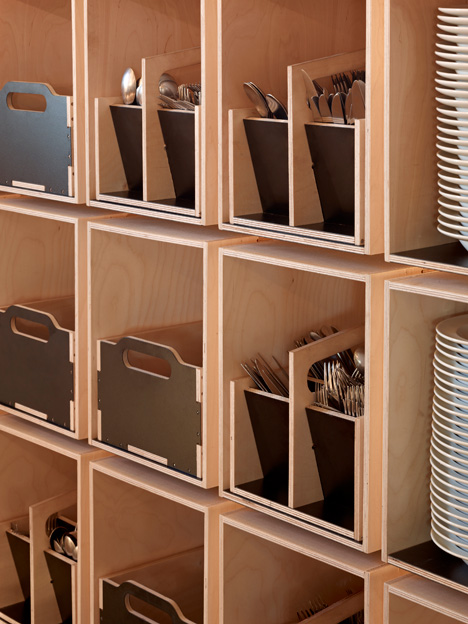 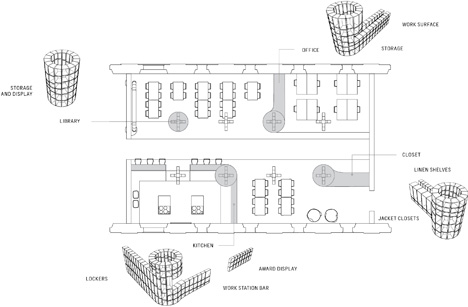 The process started with a 'living software' program that translated drawings into fully fabricated furniture, "similar to printing text... but instead we are printing furniture pieces," a total of over 5,000 pieces in all. These were assembled on-site in a "three-dimensional puzzle," no carpenters required. 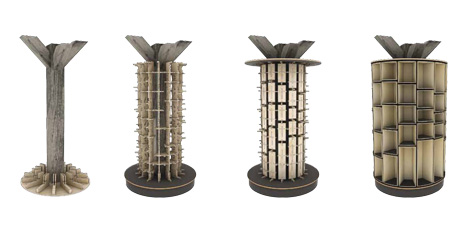 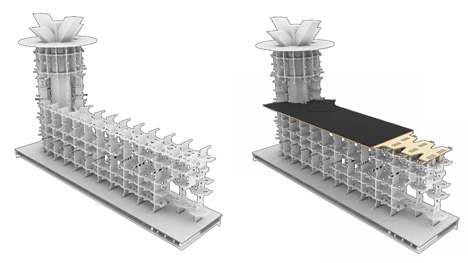 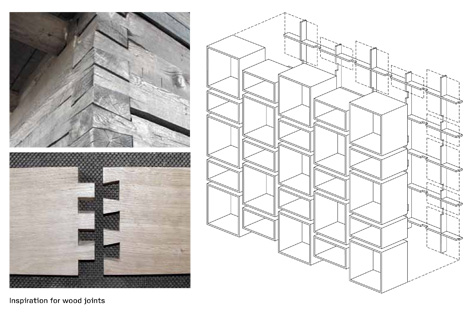 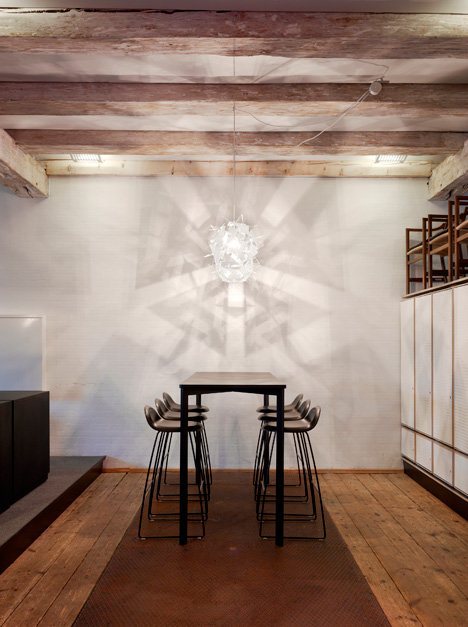 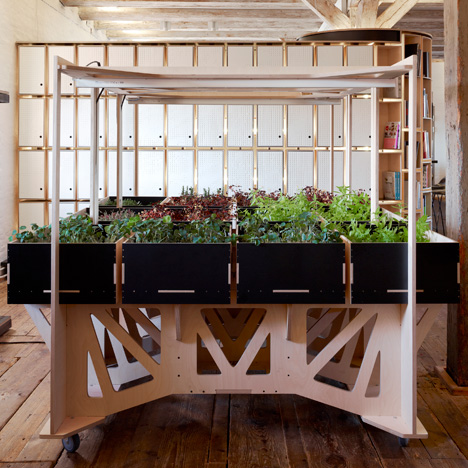 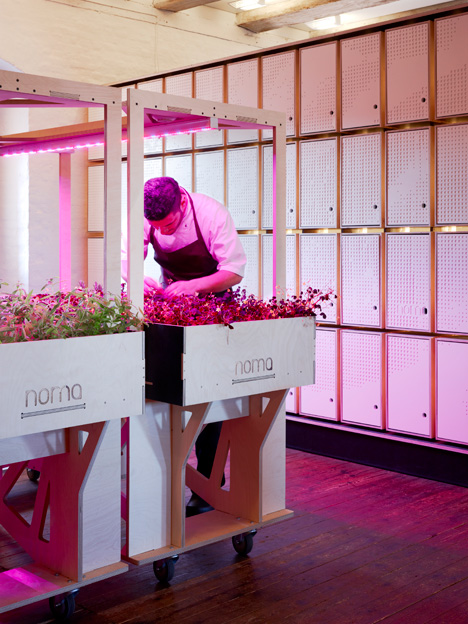 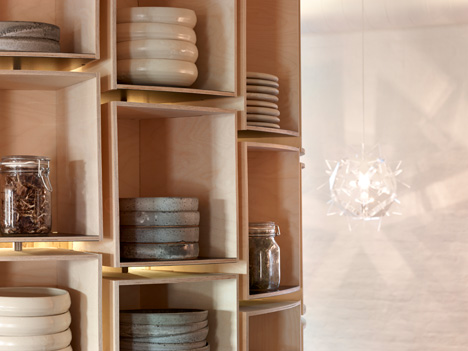 As for the finished product itself, NOMA Director Peter Kreiner offers unqualified praise: "For us, the final result has been a great melting pot, which has made all of us at NOMA come closer to each other. Therefore, in my book this is what great design is about—creating more benefits than those just visible for the eye." 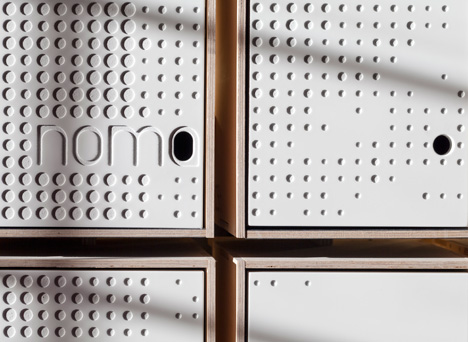