Perhaps more than any other era, the 60's and 70's seem to have a graphic identity in themselves, the upshot of high modernity, mass culture and a certain creative spirit that brought the psychedelic aesthetic into the mainstream. Over the course of the past half-century or so, the graphic style has been imitated and rehashed countless times—usually in intentional homage—to the point that the imagery is shorthand for those decades past. 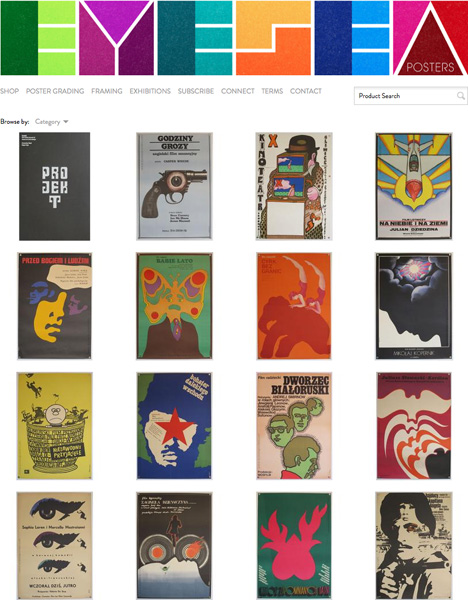 For Eye Sea Posters, it's besides the point as to whether or not the aesthetic comes across as timeless or dated: they've unearthed a stash of dozens of authentic Polish movie posters from the mid-60's through the mid-80's, mostly in good-to-mint condition, selling the highly limited editions online. Founder James Dyer wisely chose not to divulge his sources, but he was willing to share a little background information on some of the designers. 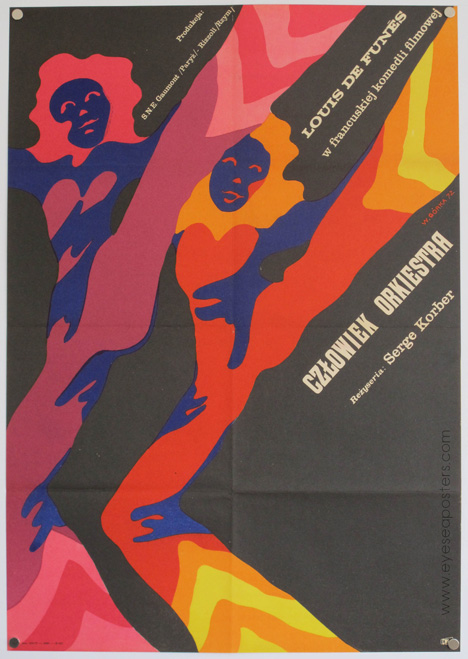 Like many of his fellow designers, Victor Gorka (1922–2004) has spent much of his adult life outside of his motherland; they've relocated other European countries, as well as the United States and (in Gorka's case) Mexico. 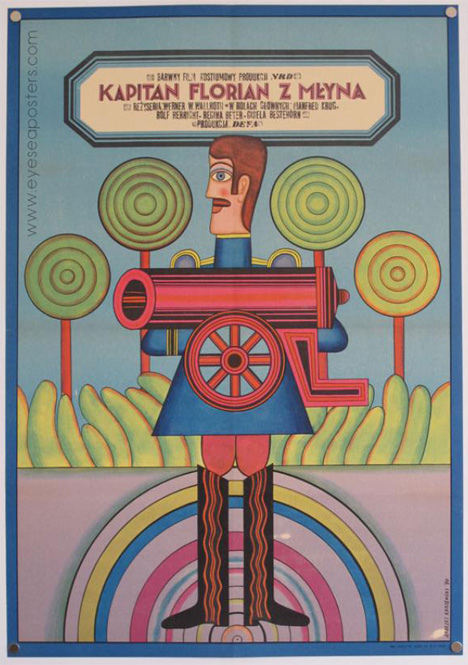 Andre de Krayewski currently resides in the Greater NYC area, where he continues to produce artwork in his signature Art-Deco-meets-Pop style. 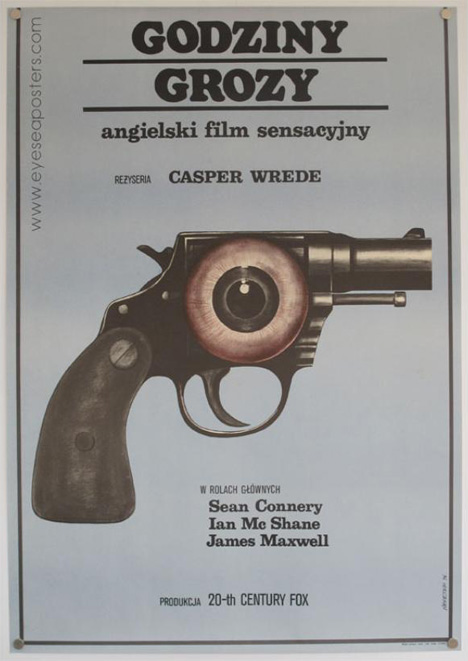 Christopher Nasfeter hails from a slightly younger generation of artists; his move from Warsaw to Berlin mirrors his shift from graphic design to fine art. 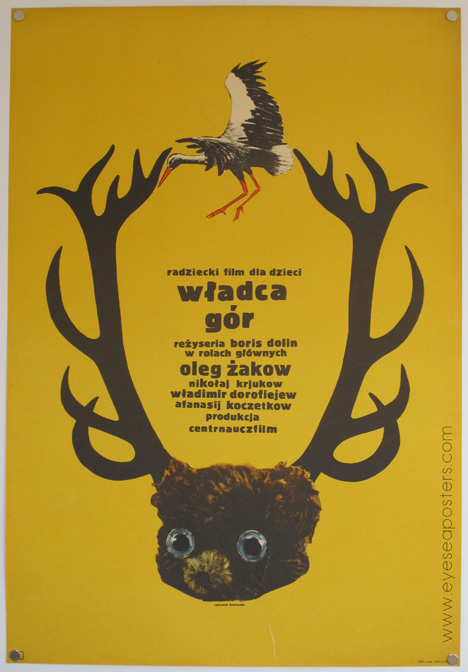 While a quick survey suggests that the majority of the films are Polish releases, a fair number of international titles turn up as well; we've highlighted some of these below... 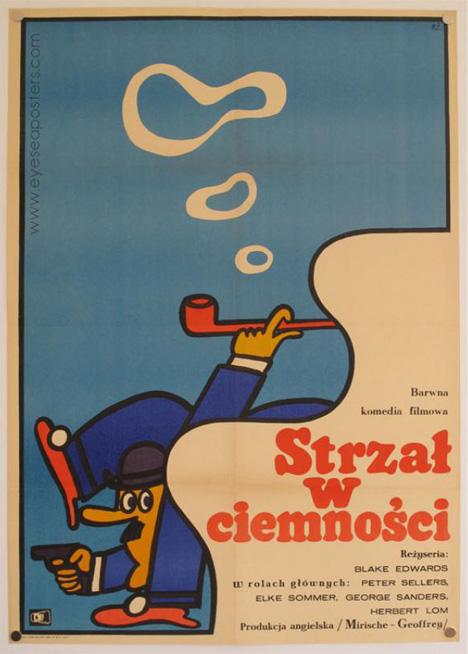 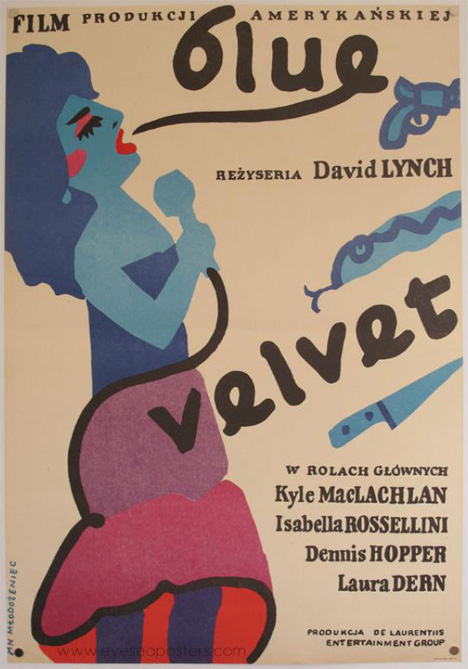 Jan Mlodozeniec (1929–2000) was widely regarded as a master of Polish poster design, specializing in book and magazine lay-out, studio graphic work and (of course) posters. 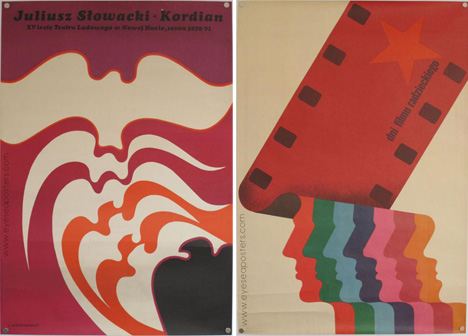 The collection ventures into campy technicolor illustration at times (not pictured, but this is an example); the kitschy appeal of these posters comes in sharp contrast to the geometric elegance of the vector illustrations á la, say, Milton Glaser. 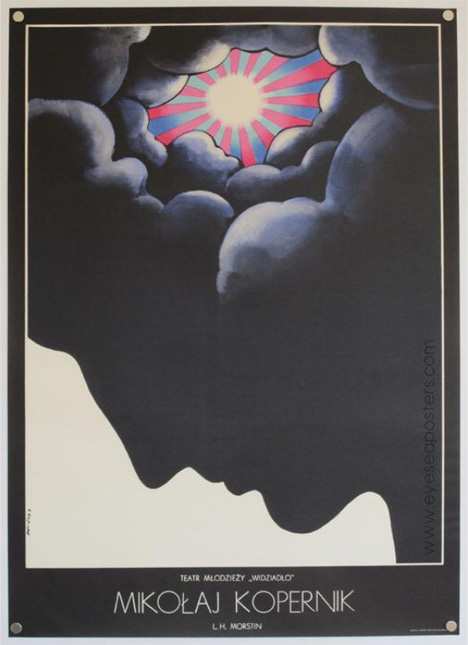 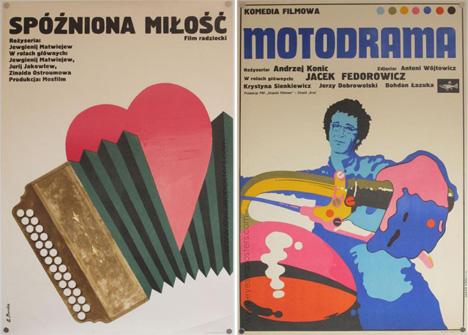 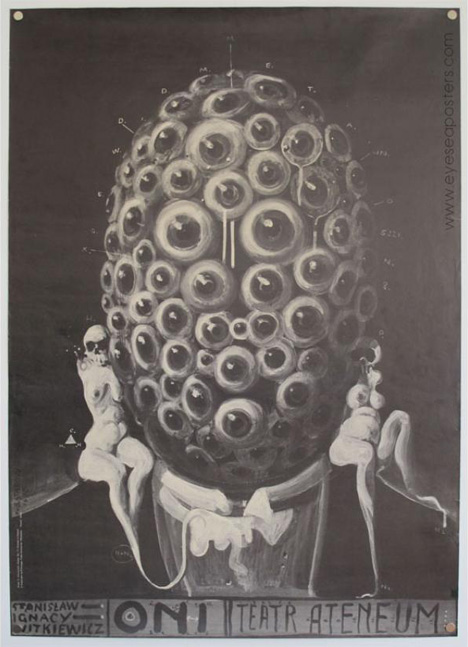 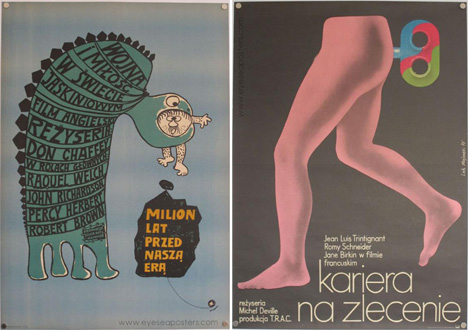 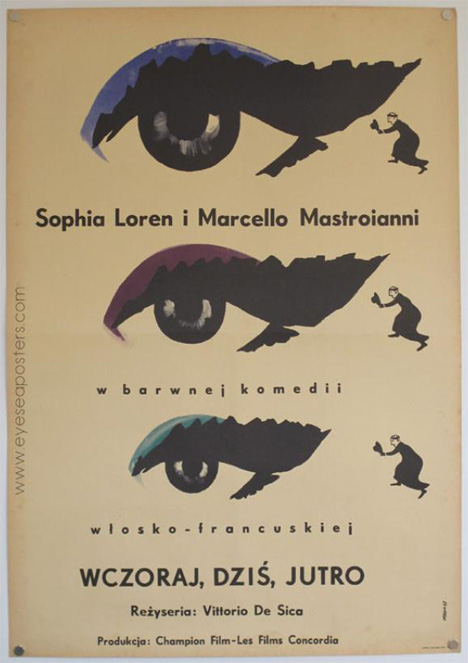