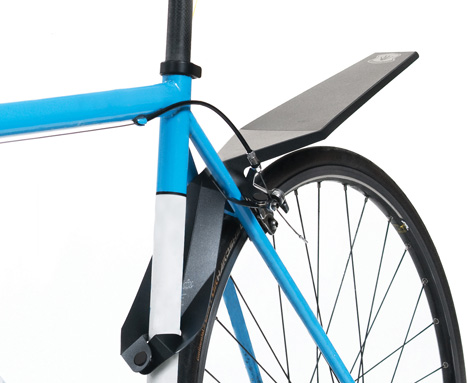 We've seen at least one discreet fender concept before*, and the growing popularity of cycling certainly invites further innovation. Lest we succumb to the likes of the entirely inane (and ill-advised) "Uberhood," London-based designer Mark Windsor has risen to the challenge with a pair of folding polypropylene fenders that might just do the trick. 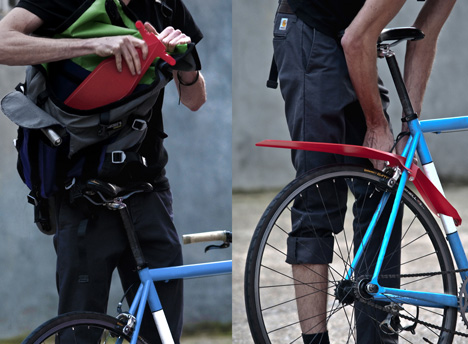 The attachment mechanism of both the removable Quickfix and more permanent Foldnfix are both rather less complicated than the company's namesake knot: they slot through the seatstays, to which they are fastened, with a third attachment point on the seat tube. The result is invariably described as origami-like, a shorthand that also captures the fact that it packs flat (into a distinctly necktie-like shape) when not in use. 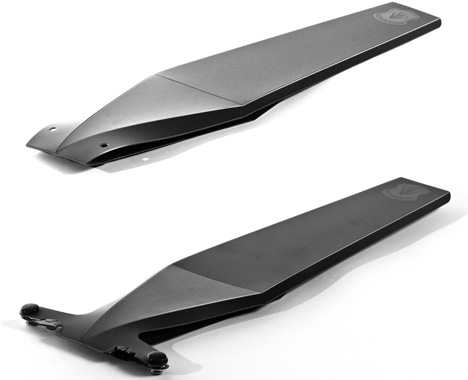 Where the Quickfix attaches with "marine-grade metal snaps," the Foldnfix is geared towards those who require "full-time protection," i.e. during the rainier months of, say, the Pacific Northwest. Indeed, it's no coincidence that Windsor's stateside business partner, Catherine Liu, hails from none other than Portland, Oregon. 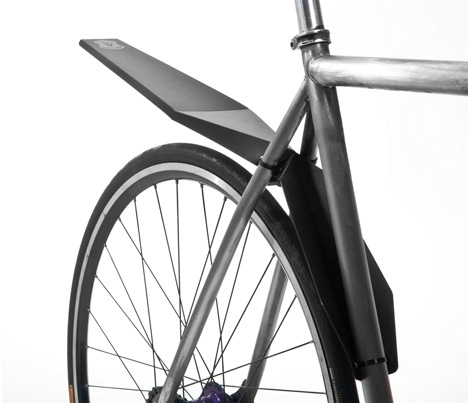 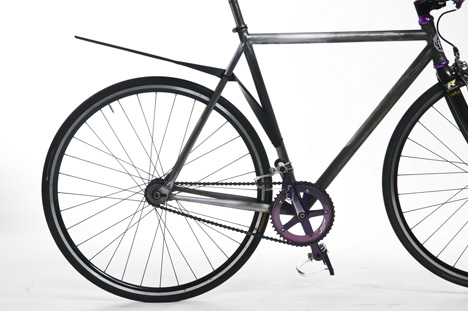 Which is a long way of saying: he's looking to Kickstart his U.S. distribution, and considering that he's offering $5 off either model in order to meet a minimum shipment requirement, he should have no problem reaching his modest goal of $5,000. (Video below...)

(Windsor is currently based in London, but keen observers will note that his accent is from further afield...) 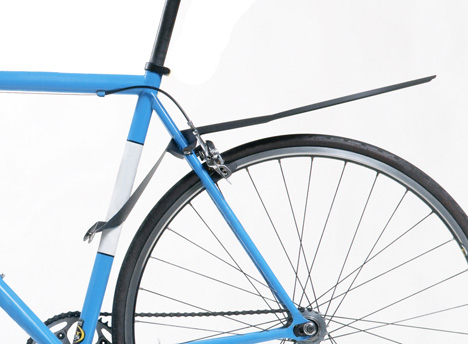 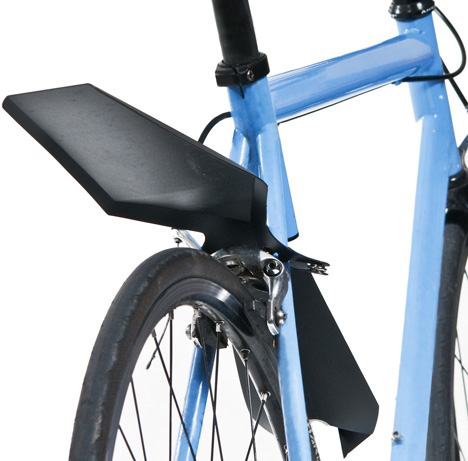 Some commentators have noted the similarity between Mark's concept and that of the existing "Fendor Bendor," but the latter is less versatile, since it offers less clearance for a brake or oversized tubing. (On that note, none of these fenders are compatible with center-pull brake mechanisms.) 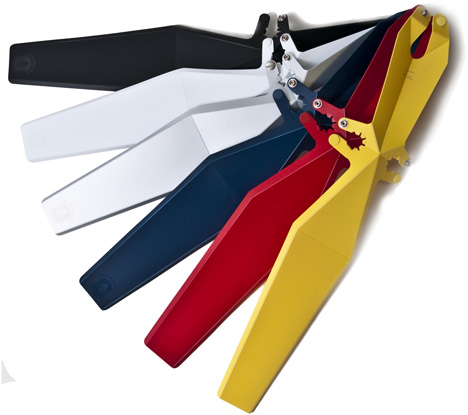 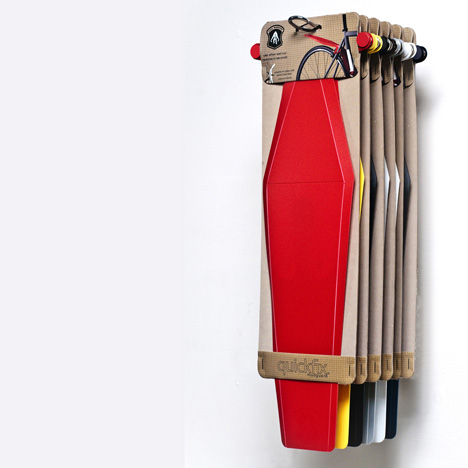 Insofar as the Quickfix and Foldnfix are already available in Europe, Windsor has already finalized the initial color selection and thoughtful packaging. 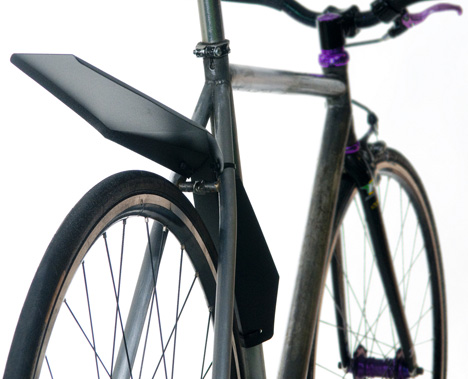 The Quickfix and Foldnfix are available for $25 and $20 (including domestic shipping), respectively, for a limited time only on Kickstarter. 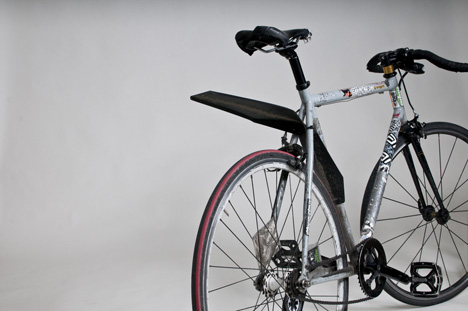 *I've since put the Kashimax "Rain Tail" to the test, and it does the job for light rain and slick-but-not-yet-saturated streets... it's something like a packable poncho: it'll keep you dry in a drizzle, but not so much once it gets heavy.