To be perfectly honest, there's not too much I can say about this functional work of art—the pictures speak for themselves—except, of course, to share what industrial designer Greg Opatik recently divulged on his employer's blog. While his day job as Director of Design at Genesis Seating, which manufactures Eames Classics for none other than Herman Miller, might simply require their signature attention to detail, Opatik has taken the liberty of extrapolating their design philosophy to his instrument of choice: the electric guitar. 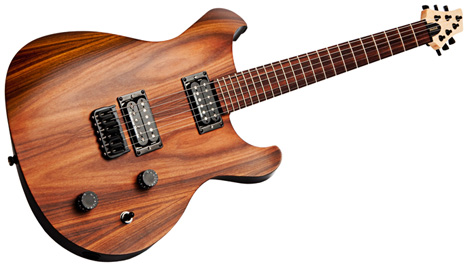 He's been at it for five years now, handcrafting sculptural instruments under the moniker Sinuous Guitars with three goals in mind: "ergonomics; [strengthening] the intimate relationship with the player and the instrument; and how to create something special and truly authentic."

Thus, the luthier is entirely justified in his assertion that "the Eames would call this "how-it-should-be-ness." 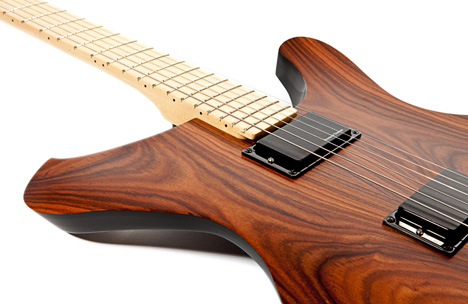 Opatik elaborates in the all-too-short Q&A, which is well worth the read for anyone who appreciates the craft... of design and music alike.