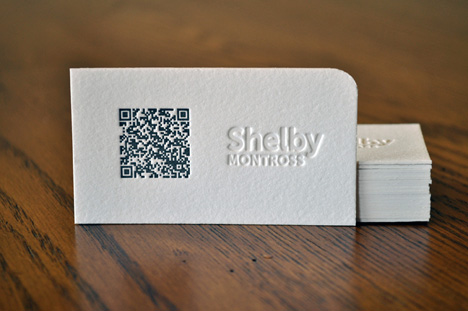 In Korea, the Internet is everywhere. I had the privilege of living and working in Korea for a month this past summer and constantly found myself with opportunities to get online. The country is legendary for being the fastest, most wired in the world, but I didn't expect to find myself catching wifi signals in the midst of Buddhist monasteries and at the top of mountains.

But in Korea, business cards are all the rage as well. In business contexts, I received them almost immediately after shaking hands, whereas in more casual settings, I usually received them after dinner. It could have been just as easy to trade Facebook contact information, but the importance of the business card exchange is difficult to underestimate. All throughout Asia, I'd be met with looks of mild irritation if I forgot to bring my business cards with me.

In the US, I trade business cards much less frequently—in my circle, we just whip out our smartphones and follow each other on Twitter—but I still carry them around. And I start to wonder about how they can interface and remain relevant with a digital generation.

A creative approach to embedding a QR codes in a resume.

A simple question on the Core77 Discussion Board posed by dexigner20110 has sparked a flurry of discussion recently: "I'm in the process of designing our new business cards and would like to know if any of you put QR code on them?" Most participants, not surprisingly, responded in the negative. User seurban rightly pointed out that, since QR code readers aren't embedded with smartphone interfaces, the extra step to scan is too much work: "On a business card that real estate is precious, and for a typical URL the time/hassle difference between typing and using a QR code is tiny."

"[F]rankly no one cares and they are ugly!!" Core77 moderator PackageID stated in no uncertain terms. "I can single handedly say that I have not use[d] one single QR code."

I've only scanned them once or twice, and that was because I'd just downloaded an app and wanted to try it out. The utility seemed nice, but I found myself wishing for a simpler way to transfer all that business card data into my address book.

It got me thinking about a recent article in the Boston Globe looking at another way to get those business cards into our address books: scanning apps. These apps, using a variety of systems from optical recognition technology to crowdsourced human input, take all those business cards you've collected and turns it into digital data:

In the 21st century, though, we want phone numbers and e-mail addresses to be digitally accessible. I have been exploring the best ways to accomplish that - by scanning cards, photographing them with a mobile phone, mailing them to someone else to deal with, or trying to avoid exchanging cards entirely. The only strategy I have eschewed is typing the information in myself.

But overall, it's remarkable to think that we're all working to find ways to keep business cards alive and functional. In the most wired country in the world, they're still alive and well. The tangibility of exchange remains a time honored tradition. And for designers, it's a lovely way to create an object reflecting one's design skills and personal branding beyond a web site and social media presence.

QR codes may not yet be the best answer to the jumble of cards we collect during conference and business meetings, though streamlining the process of scanning could certainly help. Card readers are a good solution but they may not be perfect or affordable for everyone.

In the mean time, if my experience in Korea has taught me anything, we'll keep trading those cards, no matter how wired and connected our society gets. The impulse to trade objects is a human one, and the cards help create a feeling of solidity to a new relationship that's difficult to replicate with a Facebook friend request.

Ultimately, dexigner20110 decided to print an initial run of 5,000 cards sans QR codes, and most everyone (including me) approved. For now, it seems like the best solution is a classic one: invest in a simple, easy to remember web site and place it clearly on your card.