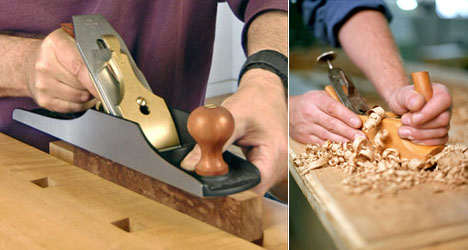 The hand plane used by woodworkers for generations has a blade placed at an angle between two flat pieces, enabling it to cleanly trim the surface of wood without gouging it. In the 1700s a clever Frenchman named Jean-Jacques Perret made a version of this that men could drag across their face in order to shave. Inspired by the hand plane, he had invented the world's first safety razor. 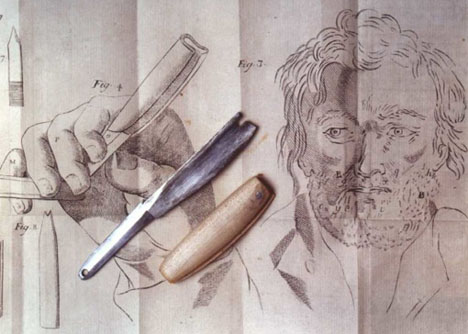 By the early 1900s, an American inventor named King Camp Gilette invented a disposable safety razor—and a wicked business practice known as the "loss leader": the idea is that you sell the main component of a system for cheap (or even give it away), but you make all your money back selling crucial accessories for it at high prices. 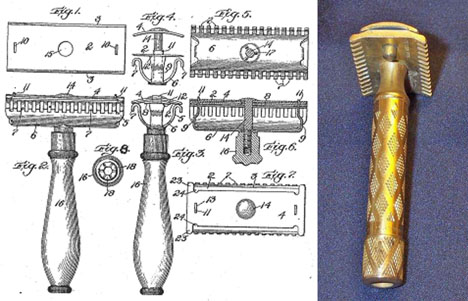 This model is still being used today—look at printers and toner cartridges, or even subsidized cell phones and usurious data usage plans. And of course, disposable razors are still frickin' expensive—locally I have to shell out 30 bucks for 12 razor cartridges, nearly $3 per cartridge—while the handles are not.

Dollar Shave Club is a new company that's finally addressing this situation with reasonable prices. Sign up and they send you a free razor handle up front, like the old business model; but then they send you a package of cartridges every month (three, four or five depending on what plan you select) for something closer to what they actually cost to produce. The monthly fees go as low as a buck per month for five of their basic-model cartridges, which rings in at just 20 cents per cartridge—though the fee is suffixed with the ominous "plus shipping & handling." (What the heck is "handling," anyway?)

In any case, their explanatory video is pretty awesome (or "f***cking great," in their words). Any commercial where the CEO swings a machete near an employee gets my respect: