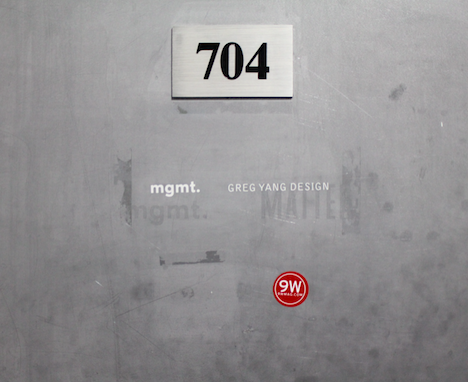 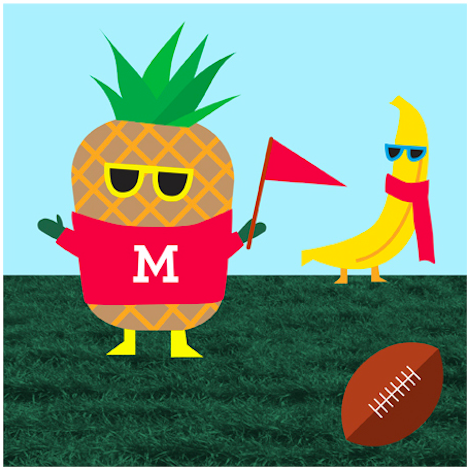 As you peruse the website for MGMT, Sarah Gephart and Alicia Cheng's Brooklyn-based design studio, one thing that's immediately obvious aside from the high quality of their work is their sense of humor. The text describing a series of illustrations they created for GOOD that features anthropomorphized fruit reads, "It's a good day at work when you have to figure out how to put a sweater on a pineapple." Though the opportunity has never come up for me personally, I'd agree. 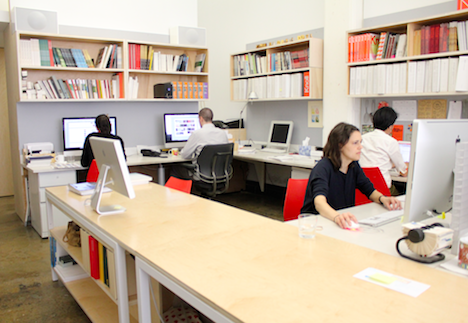 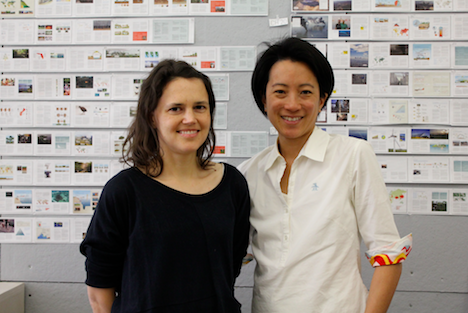 Origins Sarah studied photography and engineering at Oberlin and Alicia majored in English at Barnard. They met at Yale School of Art during the preliminary year program, aka "graphic design boot camp." They made it through, however, and received their MFAs along with MGMT.'s founding partner Ariel Apte Carter, who has since moved to Minneapolis. 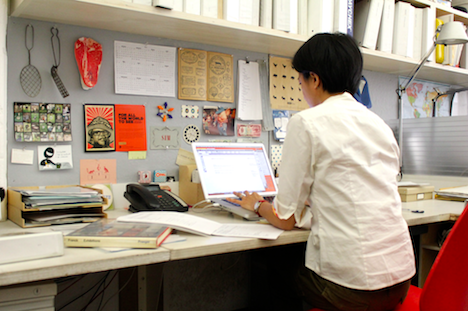 After school everyone went their separate ways—Alicia worked for Cooper-Hewitt and Sarah landed at 2x4 design—but they continued to collaborate on side projects. Soon, however, they grew tired of "working to the bone for other people and realized if we wanted to do good work we might as well do it for ourselves." Starting in 2000, they gradually eased out of their day jobs and by 2003 had transitioned to working full time at MGMT. 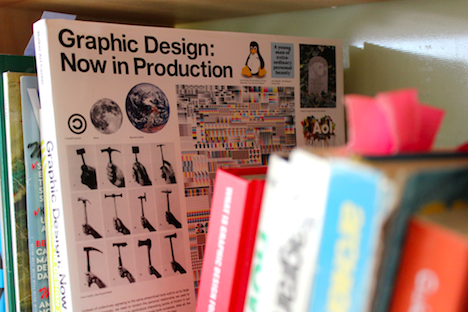 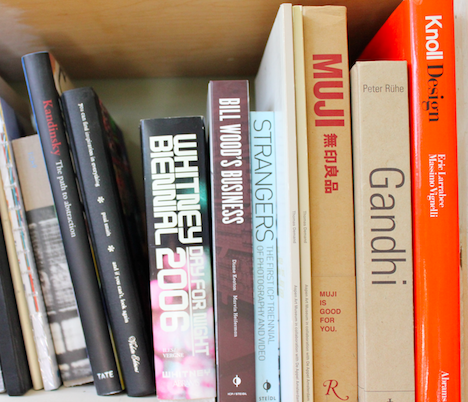 Design Ethos Alicia and Sarah don't have a design ethos as much as they have a sense of what they like and don't like. For example, they took on a recent project because, as Alicia said, "the medium interested us, the content did and the people were nice...It's a lot about the client. If you can't communicate initially and there are a lot of red flags—I think we're getting a lot better at seeing that from the get-go. It may be a good project, high profile, but if the actual point of interaction is going to be an uphill road it's something we really consider." 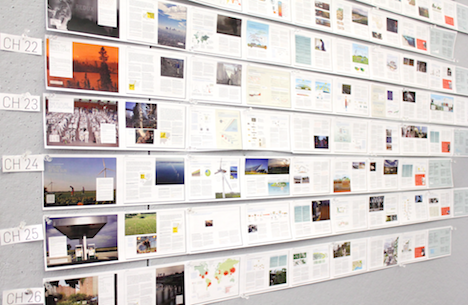 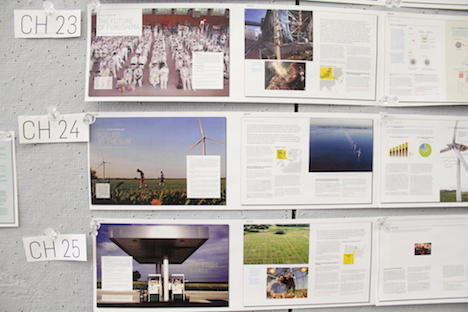 Process With five full-time designers including Sarah and Alicia, MGMT. is a small studio with a big reach; They typically juggle ten projects at a time. "We've toyed with the idea of getting a little bit bigger," Alicia said, "but both of us still like to do design." "I love designing," said Sarah. "If I'm just art directing it's really frustrating."

That makes for a very egalitarian work environment. Either Sarah or Alicia lead a project, but they always begin by getting feedback from their team of designers. "Our process is based on our experience working in school," said Sarah. "We get a project, we present it to everybody, everybody will do research, we'll present research to each other and then start sketching and do pin-ups where we look at everybody's work together. From that, one or two directions get chosen and those are pursued." 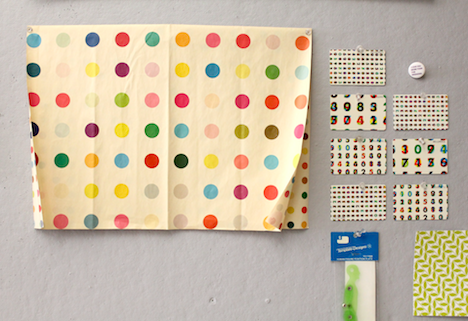 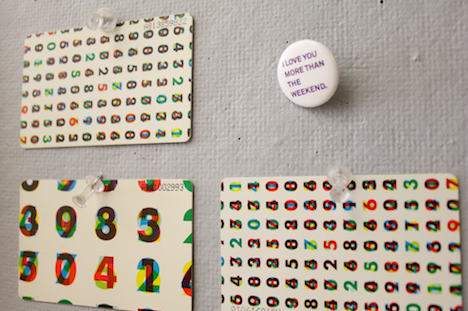 Projects "We like to keep a mix," said Alicia. That's a bit of an understatement, actually. Mgmt has an incredible range, working in identity, information design, print, books, exhibitions, interactive and illustration. "What we like most is taking complex information and translating it into visually effective and intelligent design solutions," which is probably why information design is some of their strongest work. "We can't resist when people come to us with meaty data sets that they don't know what to do with," said Alicia. "We're like, let us get our hands on it!" 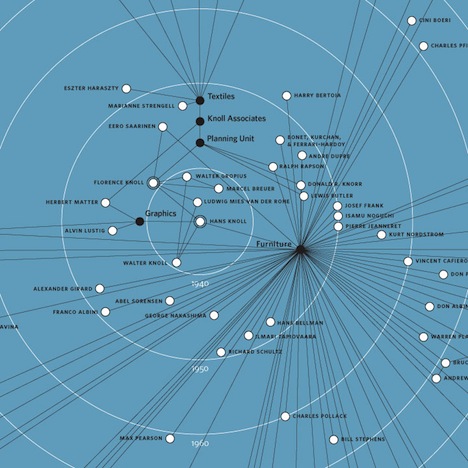 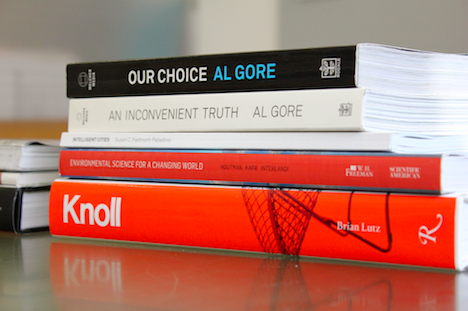 They try to incorporate elements of infographics into other projects as well, like their chapter openers for Knoll, the second book published by the company since Massimo Vignelli's seminal 1981 edition. 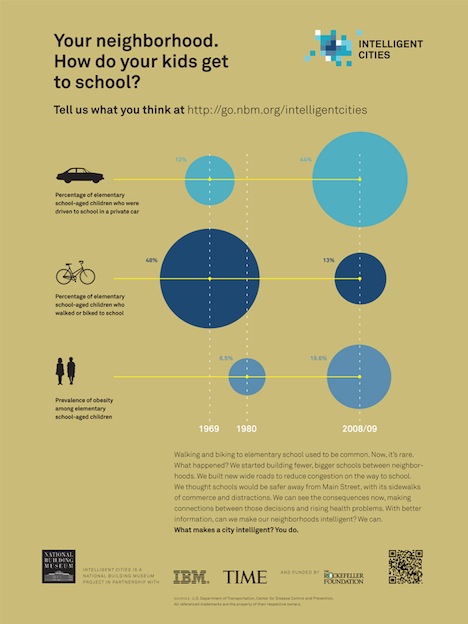 Alicia and Sarah both cite the book they made for Intelligent Cities as one the projects they liked working on the most because it was the complete package, developing the brand identity and logo design they created into advertisements and a fully fledged book. Besides, the goal of Intelligent Cities is all about organizing information and looking at "how data is being used to understand cites and develop cities going forward," said Sarah.

"How do we corral all the massive data that's now swimming around the Internet and frame it in a way that makes people think?" Alicia added. "It's a very common theme now. How do you get people to stop and consider it when they're flipping through TIME Magazine?" They got readers' attention by adding an unexpected spin to the information Intelligent Cities gave them. For example, they took the commuter index information "but it was our idea to compare that with obesity rates," Alicia said. 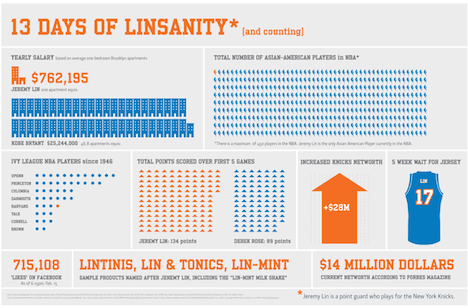 "We've also been developing our own, self-initiated infographics that we Tweet." Recently, they broke down Linsanity in terms of salary, ivy league NBA players, the amount Jeremy Lin has increased the Knicks' networth ($28M) and the wait to buy a jersey with his name on it (5 weeks). "It may be something people know about already but it's something where information design can really help lift it out of just a statistical reading of it."

Future Projects Of the two books they designed for Al Gore, Our Choice and An Inconvenient Truth, the latter is currently traveling in the exhibition Graphic Design: Now in Production. (If you missed it at the Walker Art Center you can see it at Cooper-Hewitt on Governor's Island from May 26 - September 3, 2012.) One remarkable aspect of the design process for the book was that they began work on it in February and turned it around in time for the documentary's release in May—a timeline they don't like to tell other clients lest they get their hopes up. "It was incredibly intense," Alicia said. "Once we got it it was a S.W.A.T. team approach." But it was well worth it. Our Choice was even mentioned on Conan O'Brien, who flipped through the book while Al Gore was on the show and noted, "This book looks beautiful." It's the first instance I know of where a late night talk show host has held up an infographic and asked the camera to zoom in on it. 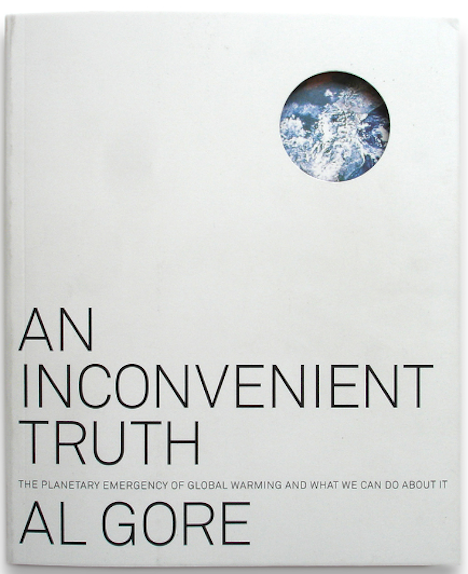 They just completed an environmental science textbook for W.H. Freeman that fulfills what Sarah calls their desire to make more "dynamic and interactive design." If any environmental science teachers are reading this, take note: this is quite honestly the most beautiful textbook I've ever seen. The information is not only clear—uncluttered by the typical education doodads that adorn textbooks—but it's fun. I actually want to spend time with a scientific graph because it looks so inviting.

As far as the future, Sarah and Alicia are taking it one project at a time. They hope to work on more projects like Intelligent Cities, that allow them to get in on the ground floor work in a range of media. Take a look at some more of their incredible projects, most of which we didn't get a chance to mention here. In addition to their brilliant work, their site includes hidden tidbits, like "the awful picture" they took with Al Gore at the book launch. 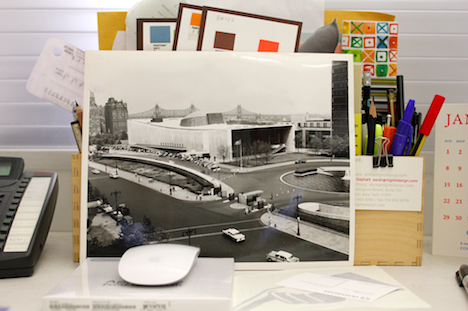 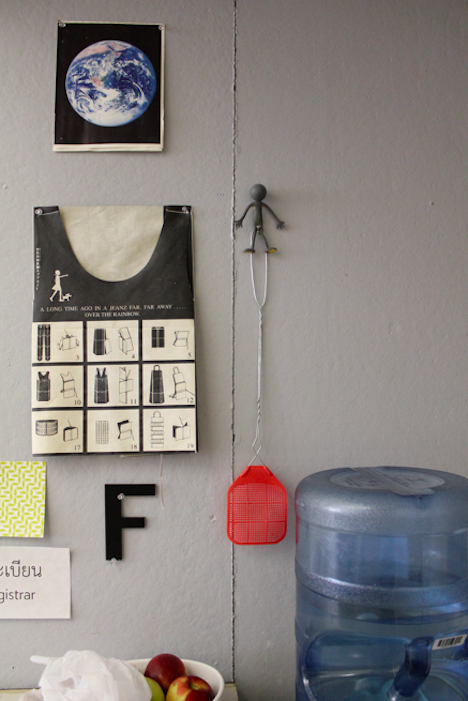 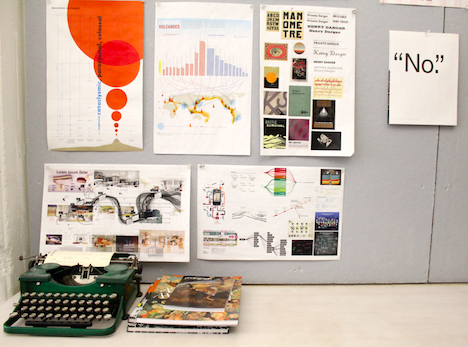 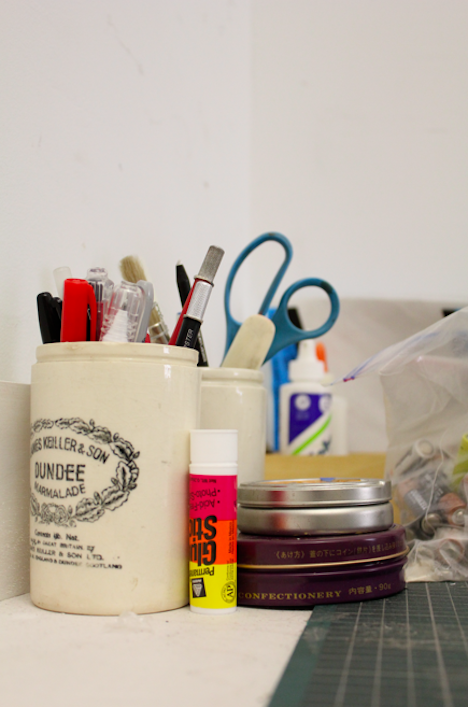 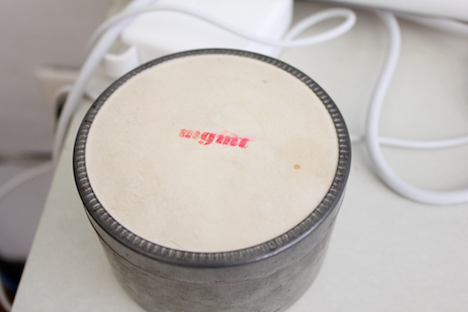