Seating for the One Percent

That wily Sebastián Errazuriz is always up to something. Last time around, we took a look at his cutting boards; he's back with a new series of predictably irreverent yet perfectly relevant artworks on the occasion of the 2012 Armory Show, open to the public though Sunday at Piers 92 & 94 in Midtown Manhattan. 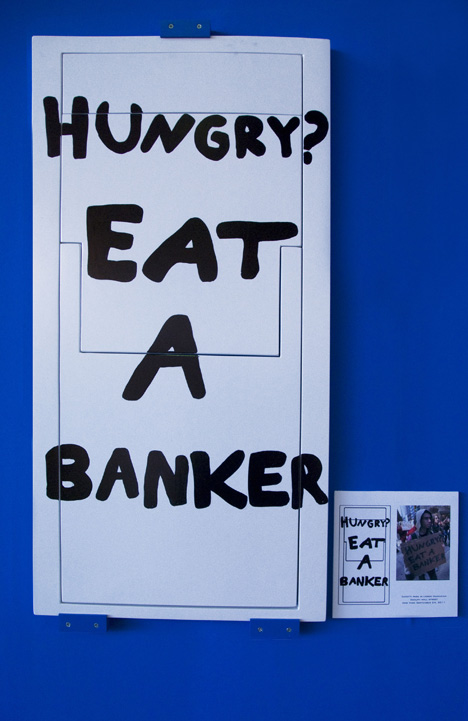 The title itself insinuates the subversive nature of the work, in keeping with the highly refined irony of Errazuriz's conceptual approach:Each Occupy Chair is a replica of a real sign used by protesters at Occupy Wall Street. Artist Sebastian Errazuriz created the Occupy Chairs first as protest sign and fold out furniture to help occupy public spaces. The second objective of the project is to occupy the homes of the 1% with the message of the 99%.

The artist wishes to support the 99% by inviting collectors (representing the 1%) to purchase the complaints as art or furniture, thus introducing the ideas of one group into the homes of another and at the same time getting the rich to support the cause of the 99%.

As a double-sided mirror the Occupy Chairs also explore the potential for these complaints against the richest one percent to be transformed into glamorous fashionable catch phrases in design-art pieces that celebrate the exclusive luxury market. 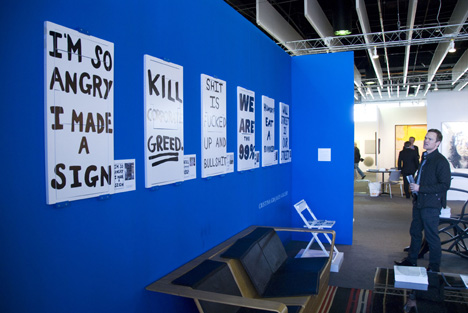 If the joke is almost too obvious to be funny, the idea of dual-purpose signage clearly has merit (cf. Max and Max's "In Case of Riot" table), and Errazuriz gets extra points for alluding to the sit-in as a mode of protest. (In fact, the title could be construed as a riff on the notion of 'occupy [location],' suggesting that simple act of taking a seat might be a political gesture.) 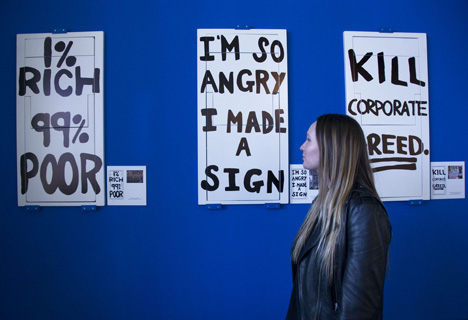 If you're still not sold on the multiple levels of meaning behind the functional artwork, Errazuriz himself is unsure where his loyalties lie:Part of the sales of the Occupy Chairs will go to help the occupy movement. The artist chose to deliberately not disclose whether he will donate 99 percent of the proceeds, or give into his greed and only donate 1 percent; thus questioning if his own motives will be to support the ideals of the 99% or pursue the wealth and fame of the 1%. 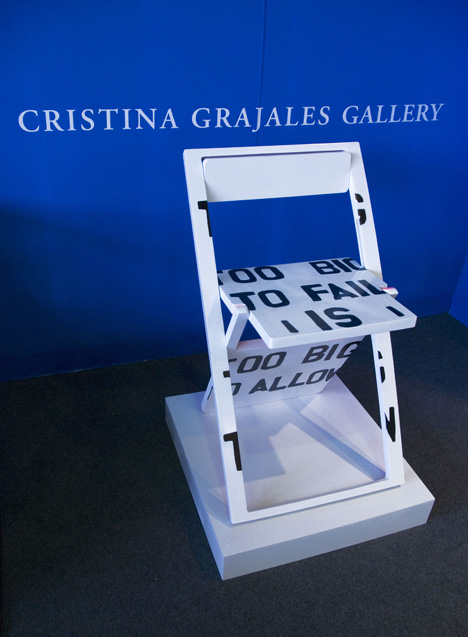 "Occupy Chairs" will be on view at the Cristina Grajales booth at the Modern section of the Armory Show through Sunday, March 11.

Seating for the One Percent