Updated on March 15, in response to comments

You couldn't make it up: a father and son who discovered a vintage bottle opener (left at the daughter's house by an ex, no less), who—possibly inspired by the freewheeling tailgate culture of their native South Carolina—decided to update the concept for modern times. The tale ends (and the company begins) with the "Kebo," an elegant one-handed bottle opener:Inspired by the Theodore Low bottle opener from the 1930s, this modern interpretation offers better seamless function and classic styling that will last for generations. Cast of stainless steel and polished to a mirror finish, this device exudes quality, artistry and timelessness. 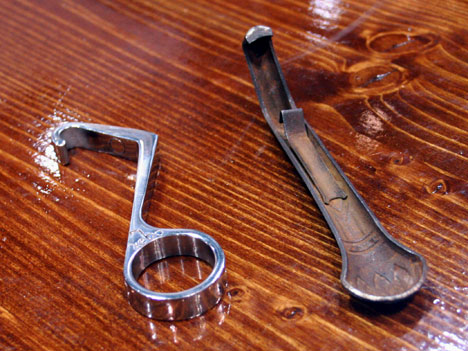 Guess which is which...

Company founder Rush Dixon—the son and brains behind the brand—improved on the existing design by incorporating a magnet to catch the cap. Where most bottle openers (one- or two-handed) actually 'pop' the cap, bending it and releasing it towards the ground, the "Kebo" is a bit more refined: not only does it hold the cap in place but it keeps it intact, such that the cap can be reused (albeit not forming an airtight seal) if necessary. It's perfect for pranking an unsuspecting friend with an 'unopened' bottle... or, for those of you who are more interested in creating beer as opposed to destroying it, bottling homebrew (just be sure to sterilize the caps before you reuse them!). 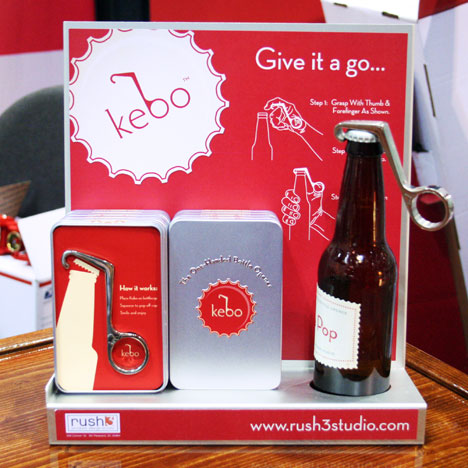 The packaging ain't bad either...

As for the name? It's a twist on the term "bottle key," chopped and screwed (so to speak) to form the distinctive neologism. The name has caught on: Dixon noted that his friends and acquaintances often thanked him for the "Kebo" as opposed to the "bottle opener"—more evidence that it's more than just the latter. Even the IHA themselves saw fit to award Rush3 LLC with a first-ever Innovation Award in the Hand Tools & Cutlery category. 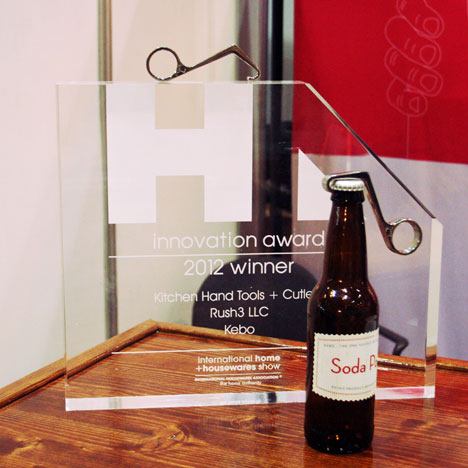 It's no Core77 Design Awards trophy, but it's an auspicious start for Rush3 LLC...