Like Core faves Kikkerland, Fred & Friends and Suck UK, housewares purveyor DCI offers a whole range of clever products, from humorous housewares to stylish stationery and plenty of 'things-that-look-like-other-things.' Founder Roni Kabessa wasn't sure what to expect when he first relocated from New York City to Providence, Rhode Island, but he's been pleasantly surprised by the local talent pool (thanks largely to perennial top school RISD). In fact, DCI was pleased to partner with student-run conference A Better World By Design on a design challenge, and we were pleased to see the inaugural results of the collaboration at IHHS2012. (This year's challenge is currently open for submissions.) 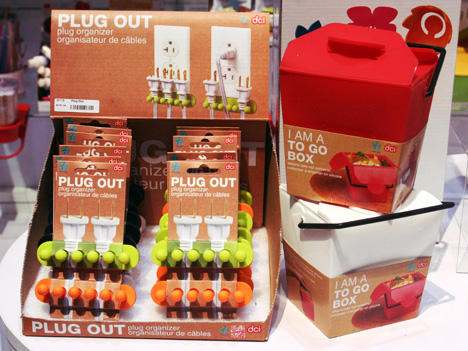 The three items in the ABWBD designer collection included René Woo-Ram Lee's "Plug Out," a wall-mounted cord organizer intended to facilitate energy conservation; McKenzie Powers' "I Am a To Go Box," a microwave- and dishwasher-safe silicone container; and the "Eco Tray" by Queenie Fan & Angie Lee, a conscientious take on a picnic plate. 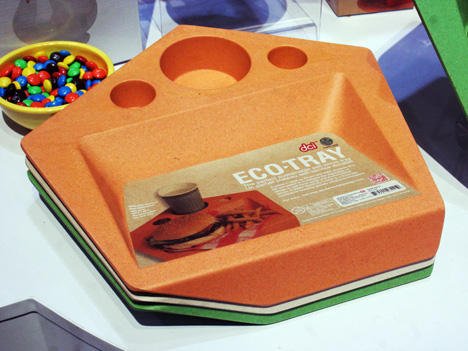 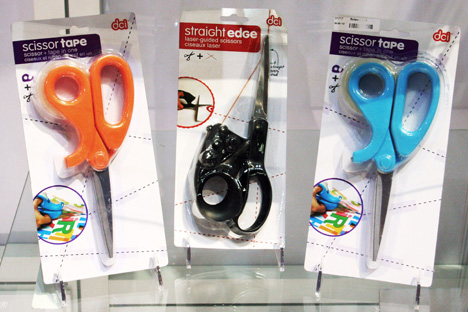 We hope that a couple of augmented scissors transcend their novelty appeal: the "Straight Edge" laser-guided scissors feature a built-in laser pointer to ensure straight cuts, while the "Scissortape," designed by Lou Henry (A2), is a combination of exactly what it sounds like. 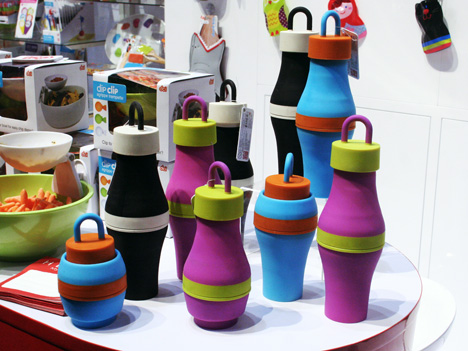 A brand-new collapsible water bottle design (by Wei Young of Mydesign Group) fit both the trend of silicone kitchenwares and portable drinking vessels. The bottle comes apart in the center, such that each half can be extended, as in seen in the bottles in the foreground and center above. 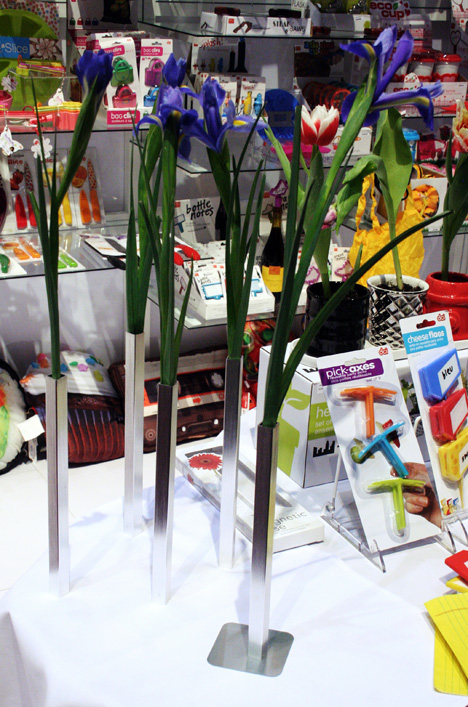 These Peleg-designed magnetic vases appear to stand on their own: the magnetic plate (as seen in the bottom right) can be concealed beneath the tablecloth for the gravity-defying effect. They come in a set of five. 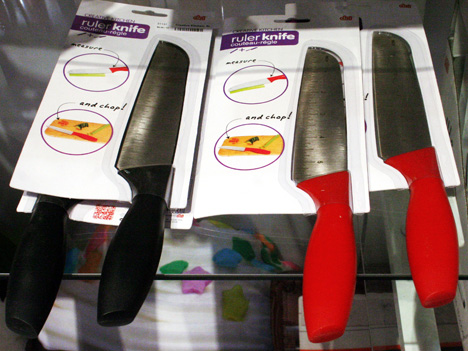 The "Ruler Knife" comes in both metric and English versions. 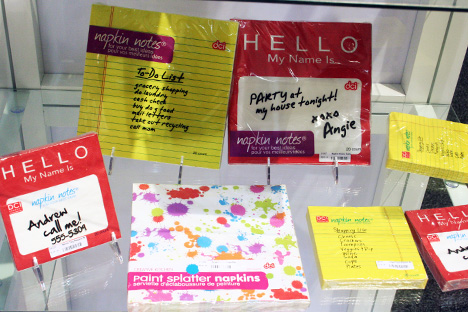 Who doesn't like novelty napkins? Both the name tag and the legal pad add a bit of whimsy to your décor. 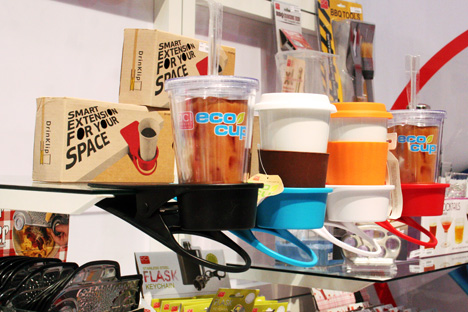 Lastly, we've seen the Drinklip before, but we now have more details: the polarizing desk attachment was designed by Been Kim.