The Gun So Nice, You Fire it Twice 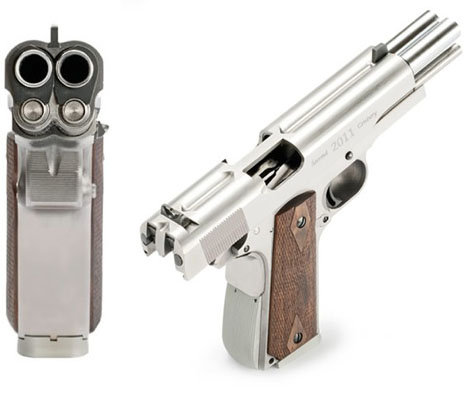 We all know this feeling: Whether you're Chow Yun Fat in a John Woo movie or Harvey Keitel in Reservoir Dogs, there are times when you're trying to pump two .45-caliber rounds into your opponent at the same time, but you get sick of having to carry two guns everywhere. "There has to be a better way!" you think. 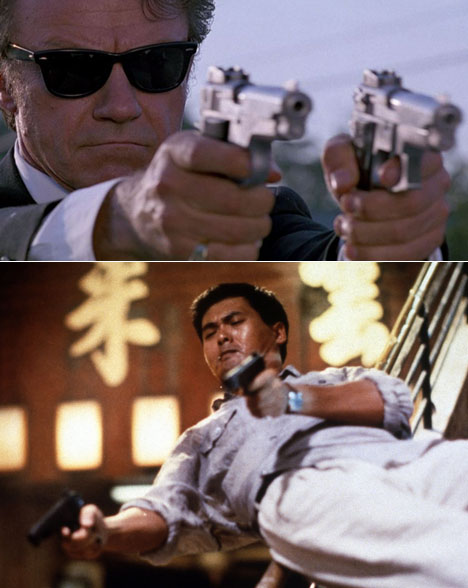 "This is so inefficient"

"This is so inefficient" 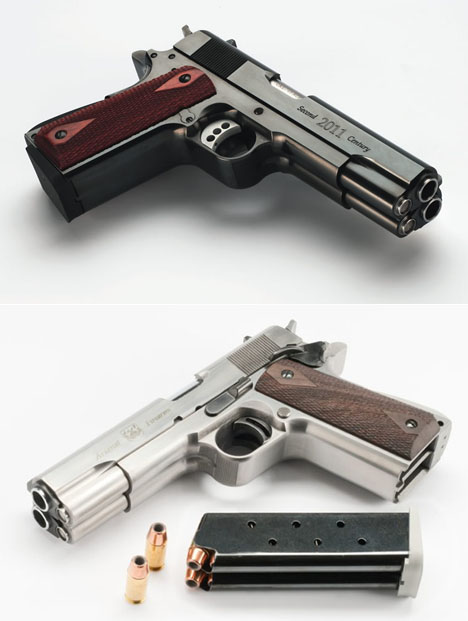 "The stopping power of the AF2011-A1 is tremendous," the company states. "Two bullets for a total of 460 Grains weight impacting at 1 to 2 inches apart (depending on the distance of the target) will knock down a bull." That doesn't seem disputable. As you can see in the video below, the kickback looks pretty ridiculous:

I don't know what's more shocking: The fact that this was invented at all, or the fact that it wasn't invented in America.

The Gun So Nice, You Fire it Twice