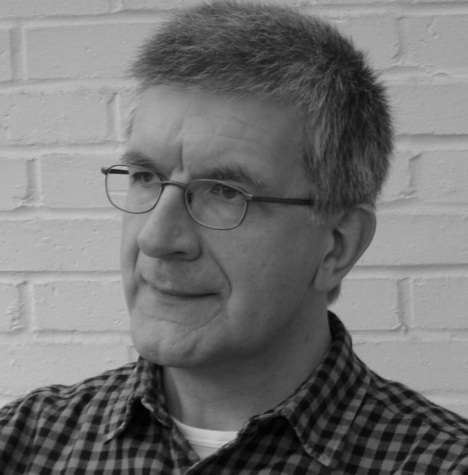 Last week we featured our interview with Alice Twemlow, Jury Captain of the brand new Writing & Commentary category for the Core77 Design Awards which asked whither design criticism? This week we present a series of posts that further explores the field and its relevancy today through the insights of notable writers who have built careers writing about design. First up, author, columnist and Eye magazine founder, Rick Poynor.

How important or valuable is it to honor design writing and criticism with an awards program?

Rick Poynor: It's a worthwhile initiative and this is a good time to be doing it. First, because it sends an encouraging signal to writers, particularly to younger writers wondering whether it's worth writing about design, and how far they might be able to go with it. Second, because it sends out a strong message to designers (who are well used to the idea of professional awards) that critical commentary has a vital part to play in any intelligent and thriving field of cultural activity, including design. It's a reminder that we should make a point of searching out and reading the best critical writing on design. We should support it and value it.

Which qualities do you most appreciate in writing about design and architecture and what kinds of writing do you hope will surface from this call for entries?

Straightforward explanatory writing, or meandering essays with lots of personal references, are easy options. The critical writing I respect above all and most want to read is fully engaged writing with the knowledge, insight and conviction to challenge the status quo and expose the flaws in a thing, a trend, or an idea. I often wonder how much appetite there is to do this kind of writing in design, or to publish it, because very little appears. There's a nervousness about critical criticism that reflects a larger cultural uncertainty about taking a strong stand and being seen to criticize others. People think skepticism is "negative." I see it as positive and usefully instructive. If a phenomenon is taken for granted by most people and left unquestioned, then that's likely to be a sign that it merits closer critical investigation. Design is a field where writing can quickly lapse into promotional PR. I would like to see a lot more critical design writing that's prepared to lock horns with its subject.

Name two writers, perhaps one historical and one contemporary, that you are influenced or challenged by.

I have just been re-reading Susan Sontag's Regarding the Pain of Others (2003) in preparation for a panel discussion. I first read Sontag's essays in my early 20s and her depth of cultural knowledge, her intellectual rigor, her clarity, and the way she positioned herself as a public intellectual rather than disappearing into the academy, is a great inspiration. I go back to her writing often.

The British writer and publisher Robin Kinross has always been a big influence. He's a few years older than me and I met him when I was working on Blueprint magazine in the late 1980s. As well as reading his writing for years, I have also commissioned articles by him. I recently interviewed Kinross for Eye magazine about his work. His writing is highly informed, deeply serious and always colored by his distinctive sensibility, values and way of thinking. Anyone attempting to write about typography and graphic design should study his essays.

Tell us about a publication that features writing about visual culture, design, or architecture, that you're enjoying reading right now.

I'm reading an advance copy of I Must Not Think Bad Thoughts, a collection of essays by the cultural critic Mark Dery. His ruthless dissection of American dreams and nightmares takes in a vertiginous array of topics—toy guns, the Super Bowl, the fantasies of Star Trek fans, Lady Gaga, the zombie apocalypse, dental horror, IQ tests, and Madonna's big toe. He's marvelously alive to the nuances of American visual culture and his prose is explosively visual too. Dery is one of the great stylists of contemporary critical writing and every sentence zips and fizzes with clever new connections and original aperçus; the manner is so much his own that you'd know it was him without having to check the name.

Visit the Writing & Commentary on the C77DA site to learn more about the category and jury. Entries for the Core77 Design Awards close April 10. Core77 recognizes that many design writers work freelance and if you feel you qualify for special consideration pricing for your entry, contact us at awards@core77.com and let us know.