In the Studio with UM Project 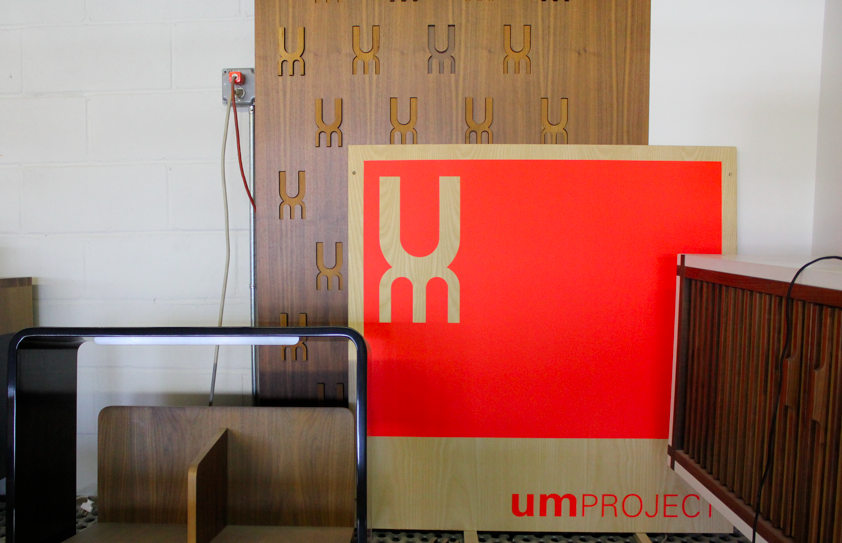 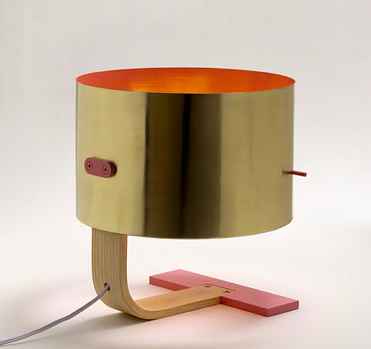 François Chambard's studio, UM Project, is a bright, sunlight workshop located in the industrial end of Greenpoint, Brooklyn. The main space is divided between a conference and showroom area upstairs, while downstairs he keeps the most organized, well-kept woodworking shop I've ever seen. Tools and materials are not only assigned their own cubby holes, individual drill bits stand upright in a specially made gridded base as if on display. One of the first pieces François shows me is a project he's working on with a music producer who uses 50-year-old recording equipment in conjunction with brand new engineering for a sound that's a mix of analogue and digital. Listening to François talk about how his powder-coated steel encasement will house this technology mash-up, I realize that not only is he a skilled craftsman, capable of creating work that is elegant and playful at the same time, he's also a total tech geek. 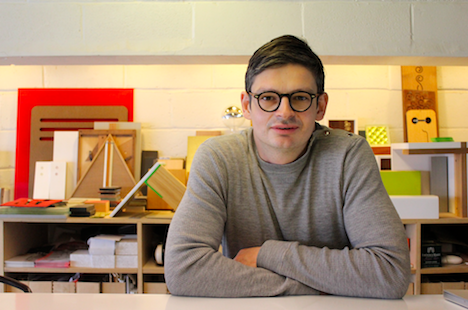 In fact, he used to call his style technocraft, but that doesn't really do justice to the handmade elements of his work. After looking closely at some of the pieces in his collection, like a massive Corian dining table set off by minimal yet oversized bright orange fixtures, I suggest 'serious play,' a mix of traditional craftsmanship and new technology with serious attention to fun details. "Playful yet serious," he muses. "Yes, yes that's good." 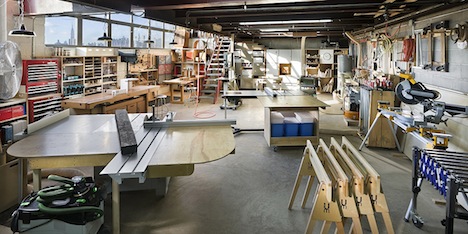 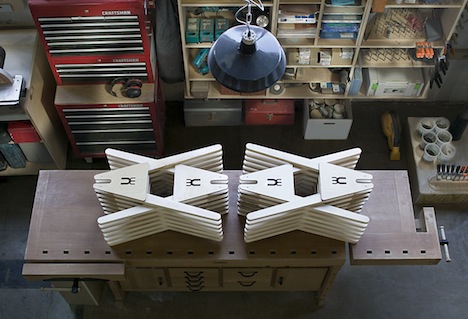 After moving to New York from a small village near Compiègne, about fifty miles north of Paris, François worked in consulting until his early 30s, when he enrolled in RISD's graduate program. "I was sick of doing only conceptual, strategic work and I wanted to do something more hands on, to build things." But RISD wasn't the right fit and he dropped out. "Nothing against RISD. I think it's a great school. It was a wonderful experience, but it wasn't for me. It was too late in my life stage. I was a little impatient, to be honest, but I was also very clear on what I wanted to do." 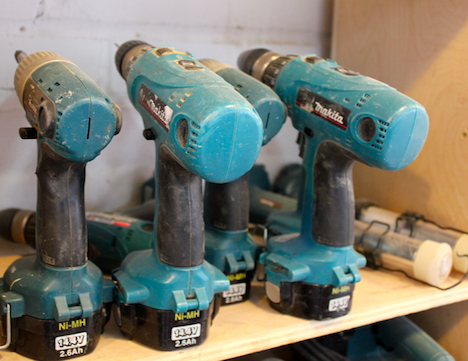 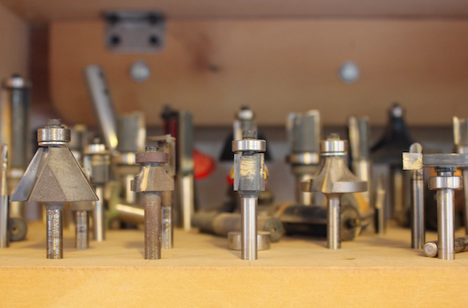 He apprenticed in Providence with Hank Gilpin, a renowned woodworker and artisan. François described the experience as one of the most humbling of his life. "I had to clean the windows of the shop for two weeks, and they were big windows...but after ten years of consulting for big corporations, it's what I needed." He's worked out of his Greenpoint studio for the past five years, but he first set up shop for himself in Providence, founding UM Project in 2004. UM officially stands for Users and Makers, but unofficially, he told me, he has two children named Una and Milan. He knew he didn't want an eponymous company. "I didn't want to call the company François Chambard. It felt pretentious, especially with my French name people might think I would like to impress them."

Like the sound equipment he's currently working on, UM Project's aesthetic is a mix of traditional craftsmanship and new technologies, something of the analogue-meets-digital mash-up artist of the furniture world. 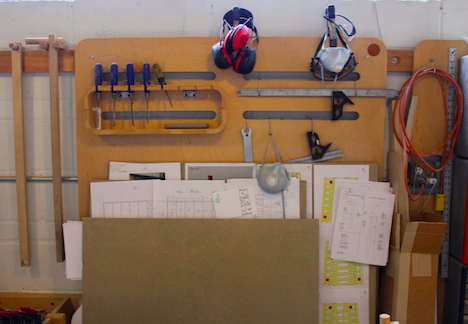 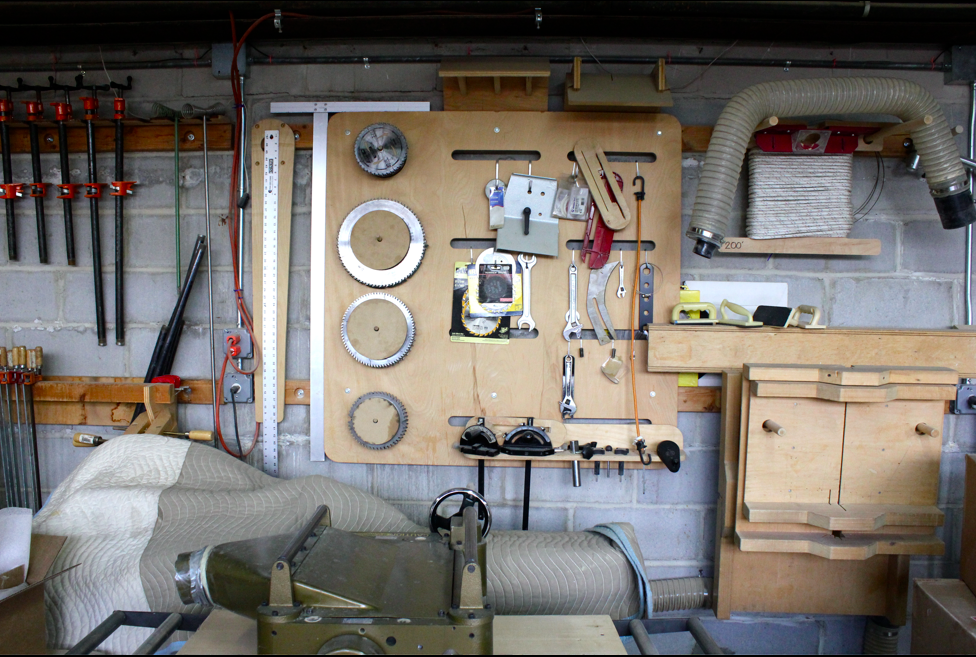 François always begins by sketching. Once he has a strong concept he makes a slew of prototypes, allowing materials like fiberglass, Corian, powder-coated metals, brass, wood, cork and felt to guide him. He steers clear of 3D rendering unless he's making a presentation to a client. "Hand-rendering is critical," he says. "You need to show personality. You need to tell a story. You need to define your style. Everybody can do a computer rendering now with Rhino or one of the other programs." 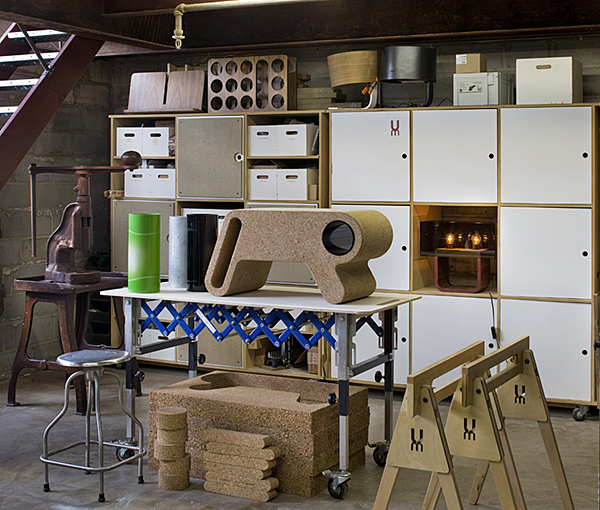 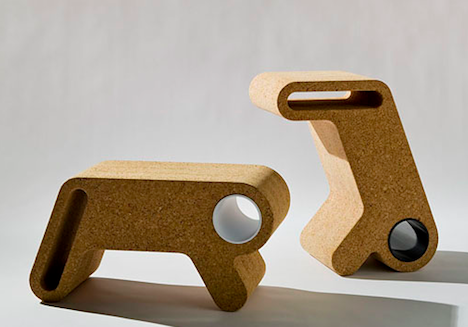 Though it wasn't always the case, François now splits his work evenly between commissions and his own furniture line. He began the readymade line because he found it hard to grow his business without a product people could identify his brand with. Client-based work is a one-on-one relationship, and though you often get repeat clients it lacks the visibility of a personal line. No one wants to hear about one-off studio pieces they'll never see or an exclusive custom project they can't afford. That's why FranÃ§ois started exhibiting at the International Contemporary Furniture Fair in New York City four years ago. 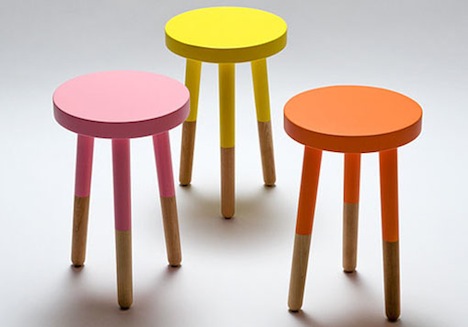 His best-selling product, "Milking Stool", was a direct result of ICFF. He showed "Three Ring," a circular nesting table that comes apart to form an S-shape. "People loved this piece, but it's not cheap. It's hard wood, all cut by hand. So people asked me, 'What about just the stool in the middle?'" François now sells 10-20 a month. "For me it's amazing. If I sell three of something I'm happy. The stool is basically paying the rent."

This time around, François is doing something a little different for New York Design Week. "I'm doing ICFF but I'm also doing a show at Wanted Design, which based less on products and more on process and unique pieces." For ICFF François is debuting a piece with three market-ready variations. For Wanted he's "taking this same piece and doing a series of totally unexpected, whimsical, playful and serious versions." 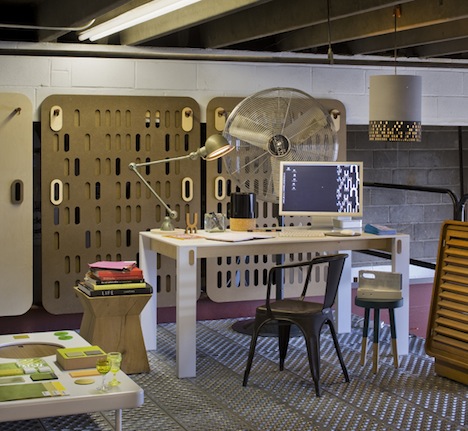 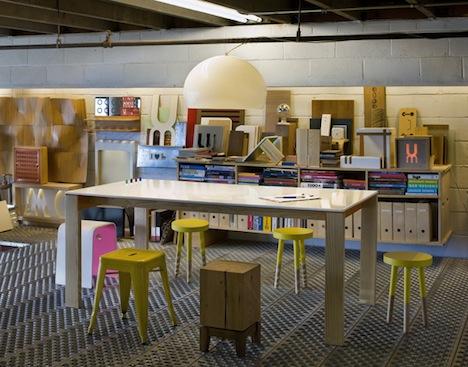 When I asked François if in the future he wanted to focus more on his product line and less on his commission-based work he immediately said no. "I'd like to keep it as it is today, 50/50. Because, and this comparison might seem silly, but I see myself as a fashion house. I do one-of-a-kind, unique haute-couture pieces that push the prÃªt-Ã -porter, and that makes me simplify and condense everything into this capsule, market-ready line." 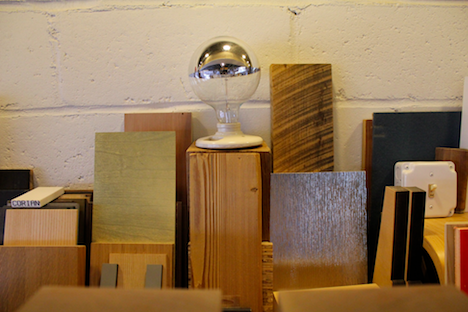 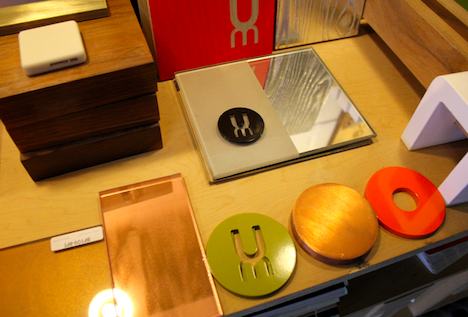 As far as future projects go, François has his eye on more "crazy, ambitious unexpected custom projects," hinting at an art show and becoming more involved in music and sound products. "It's a market that is changing so much right now. the way music is created, produced and experienced has changed and is changing dramatically and there are so many opportunities for designers to develop new products which haven't been conceived before." Anticipates that his first line of products will come out next year. Just like design, music is "going back to its source, to an authentic way of crafting things, but also embracing new tools and technologies. There is a back and forth between tradition and innovation which you don't find in many fields. I like to think my work has a lot of these qualities."

François' most pressing issue right now is his success. "I'm reaching a plateau where I'm a victim of my own success. I'm selling more and more stools and tables and lamps. My custom work is becoming bigger and more interesting and all that takes more and more time. So the problem I have is how do I manage this growth? Is it reasonable to think that I will still be able to make everything myself? Probably not. So I'm not sure what to do."

One idea is to outsource his products locally, "that way if I don't make the stools anymore, at least they're made by a company in Vermont or Pennsylvania." He's also looking to set up manufacturing in France to tap into the European market. Still, it's important to François to continue to make as much of his own products by hand as possible for as long as he's able. "I'm not interested in retirement. The older I get, the younger I become. If I could still be here at 85, 95, making stools, that's the best life I could dream of." 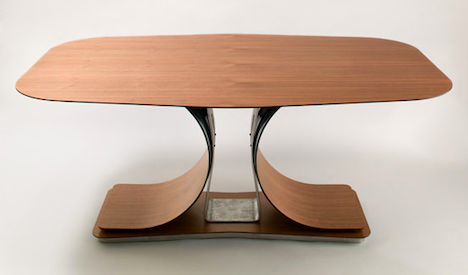 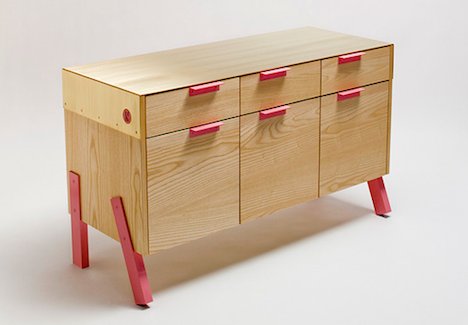 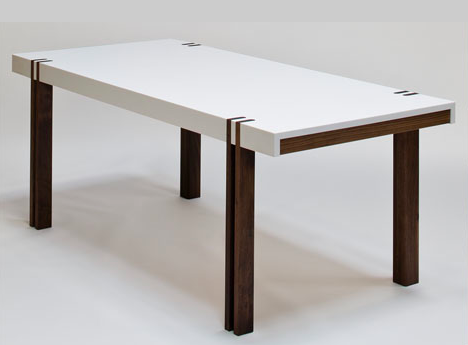