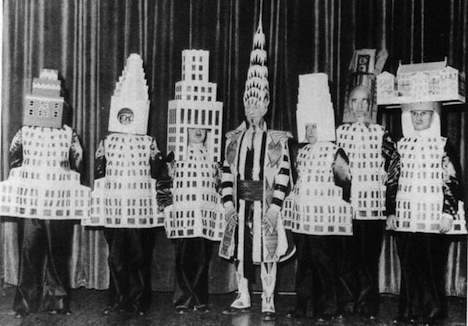 How is it possible that the man responsible for so many of the iconic buildings that make up the New York City skyline, a man credited not only for designing the first art deco skyscraper, but for designing the very first skyscraper, period, is not a household name? Ralph Walker is probably the most overlooked American architect, though the new exhibition, "Ralph Walker: Architect of the Century" seeks to finally give the man his due. Not that Walker wasn't known and respected in his time, but he has since been overshadowed by his contemporaries Raymond Hood, who designed Rockefeller Center and William van Alen, who designed the Chrysler Building. 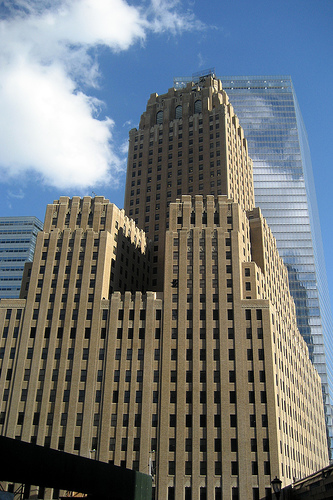 The free exhibition is held in the lobby of the Walker Tower by appointment only, but it's worth the extra effort to reserve a private walk through. Models of the structures Walker is most famous for dot the room alongside replicas of his sculptural entries to the 1933 Chicago Fair and the 1939 New York World's Fair. His Chicago Fair entry, by the way, was never built because it was deemed too expensive. In fact, Walker spared no expense on any of his projects. "A skyscraper," he said, "is not a building, but a city." 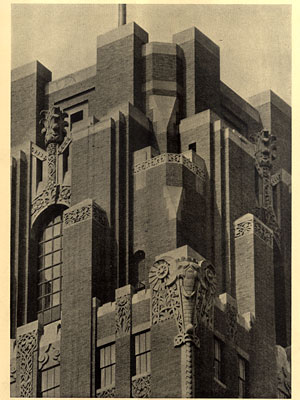 Walker began working as an architect at the dawn of the Machine Age, when steel frame structures extended a building's verticality beyond anything the world had ever seen before. And as construction was remarkably fast, competing firms treated skyscrapers like a veritable space race (half a century prior to the actual one), rushing to reach higher heights than the competition.

Of course, Walker and his firm got there first with the Barclay-Vesey Telephone Building (now the Verizon Building at 140 West Street). It's perhaps most notable for using the 1916 Zoning Resolution to its advantage by implementing setbacks, or tiered sections, a style now commonly associated with art deco architecture, though at that point it was simply known as moderne. 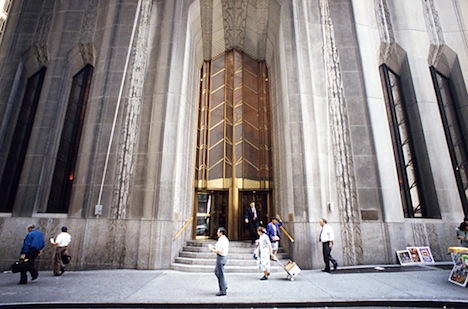 Walker's brand of humanist architecture used form, texture and ornamentation to connect emotionally with pedestrians at street level. He felt that a façade should act like a drape hung over a building. The ziggurat-style setbacks began not just as a way to create texture and break up the form, but to establish his skyscrapers as structures that allowed their occupants to literally take a step back from the street and city life.He also paid close attention to the interior, designing details right down to the fittings for the air vents. For the Irving Bank Trust (now One Wall Street), the most expensive real estate in the city at the time, he worked with renowned mosaic artist Hildreth Meiere, who covered ceilings in opalescent kappa shells and rich red hues. Walker's massive, gilded entryways and lush interiors were very much influenced by the theater and his close friendship with Joseph Urban, the famous set designer. Again, the motto was 'spare no expense.' "A room should lose its walls for your mind's sake," Walker said. 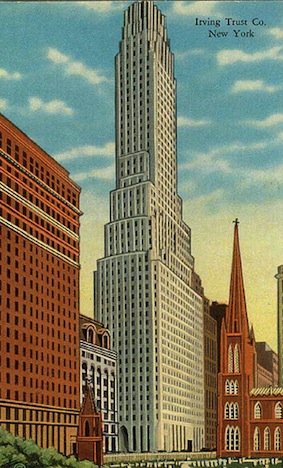 This architectural extravagance was not well received after the depression, which set the stage for the International Style of Mies van der Rohe and Le Corbusier. Walker rejected their preference for glass over steel, but this simpler, streamlined approach was where the world was headed, and Walker, for all his glitz and glamour, began to step back in his role at the firm. Still, he remained active, becoming the President of AIA in 1949, which presented Walker with the Centennial Medal, an award created specially for him in 1957, on AIA's 100th anniversary. The New York Times dubbed him "The Architect of the Century."

That might have been the high point of Walker's career. Three years later, he resigned from the AIA amid controversy surrounding a member of his firm who was accused of stealing another firm's contract. Though he was later cleared of all wrongdoing and reinstated, his wife was committed to a sanatorium. Ten years later, in 1973, Walker shot himself with a silver bullet, only after destroying his AIA award. His original firm still exists under the name HLW International, but as Walker and his wife had no children, all that remains of his great legacy are the buildings he created.

To learn more about Walker and his legacy, check out Kathryn Holliday's book, Ralph Walker: Architect of the Century. 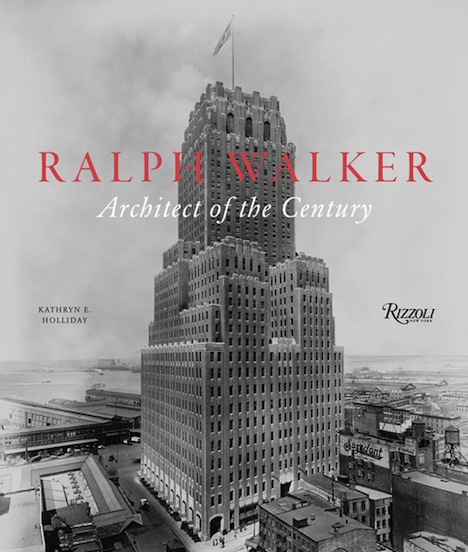