In the Studio with Vonnegut/Kraft 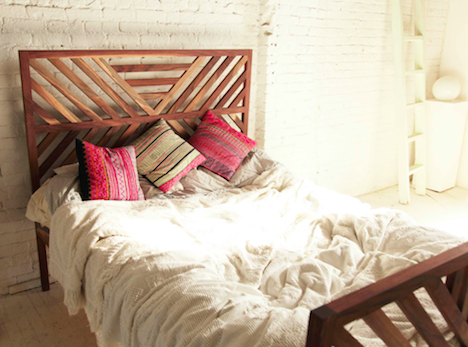 I met Katrina Vonnegut (yes, she's related to Kurt) at her textile studio in Bushwick, Brooklyn, a small space in one of those perpetually cold industrial buildings. After we chatted and I ogled her vintage Brother sewing machine (see pictures), we traversed windy streets lined with faceless warehouses and side-stepped rotting animal carcasses (not joking) as 18-wheelers rumbled by on a nature walk, of sorts, that led us deeper into the heart of Bushwick to the woodworking studio where Brian Kraft, her boyfriend and business parter in the newly sprung furniture partnership Vonnegut/Kraft, works. 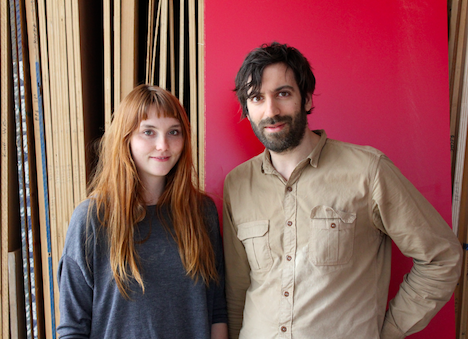 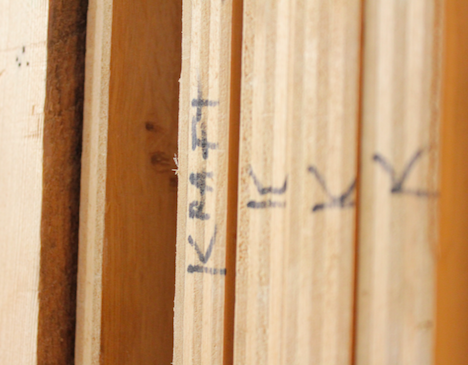 Katrina was Brian's neighbor before she became his girlfriend and business partner in a design studio that marries Katrina's background in furniture design as well as her skills as a textile artist with Brian's experience as a craftsman and builder. Katrina has a degree in furniture design from RISD, where she also studied and worked with textile designer Liz Collins (Watch this Cool Hunting video of her winning first place for her Cradle Chair in the Billes Products International Design Contest in 2008). After she graduated and moved to New York, she worked freelance building sets and making costumes for commercials and music videos. "I had thought I wanted to do that, but it's such a disposable industry. And it's such a fast turnaround you can't control quality as much as you might be able to on a longer project, like a film." 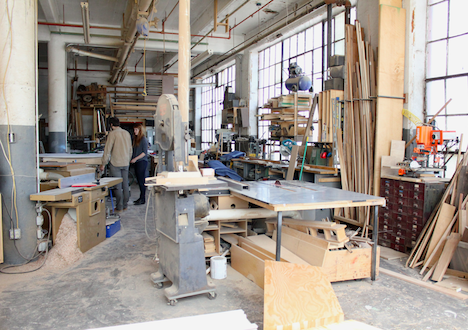 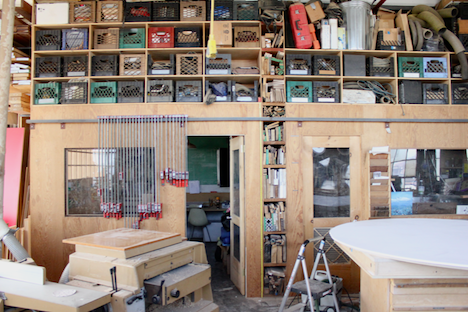 Oddly enough, Brian majored in literature at NYU. While he was kicking around job ideas post graduation, he began working part-time in a woodworking shop in Bushwick, and it just kind of stuck. Katrina describes him as "a traditional cabinetmaker. I don't know if he would consider himself a designer, but maybe more recently, since we've started to collaborate with one another he would." 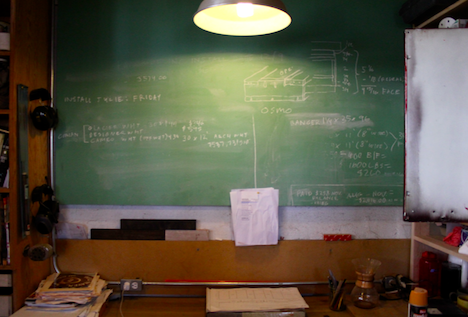 Though they both worked with furniture for years before teaming up, it's their collaborative effort that enabled a piece like the Maize bed, a design born out of necessity that has since become their most iconic product, fueling a Kickstarter campaign that raised over $6,000 to fund their booth at ICFF. When Katrina and Brian found themselves in need of a new bed, they saw it as an opportunity to design and build something together. 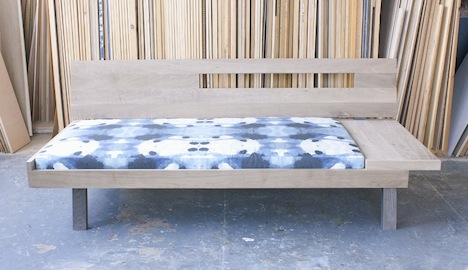 And it's not the only time new designs have sprung from a personal need. "I've made a few sweaters because I needed one or because I lost my favorite sweater," Katrina says. "I try and recreate a similar pattern but maybe with new colors. I think those are the best things, because you know that they're really genuine." 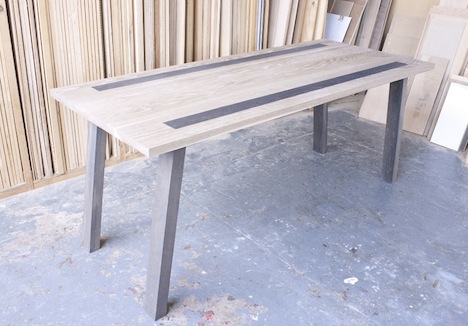 Because Vonnegut/Kraft is still so new, they haven't necessarily landed on a hard and fast design ethos, but the urge to make something genuine is at the heart of all their work. Whether it's a necklace, a sweater or a complete dining set, Katrina and Brian design and craft every item like they're making it for themselves.

Katrina says all her designs, whether they're for a knitwear item or a table, "come from the same place. When I'm sketching or designing I don't have an outcome in mind. It's not like, 'Oh, this is going to be for this apparel piece or this is going to be for this furniture piece. If my ideas, like a pattern, can be both in wood and in textile, that really excites me." 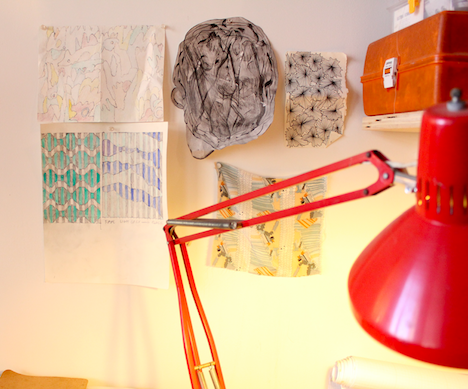 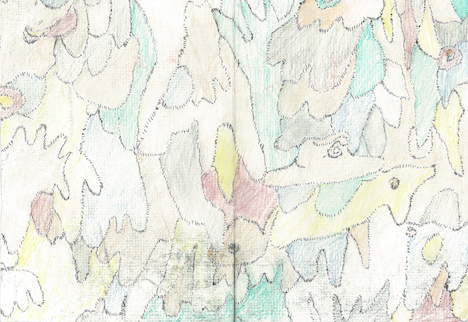 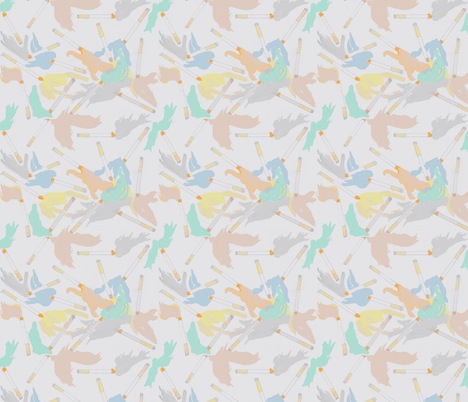 She starts by sketching or model making, but when she's working on a bigger piece with Brian they don't sit down together and draw out their ideas. "We spend all of our time together," she says, " and we just just talk about it all day." When I asked her if working together gets in the way of their personal life, Katrina immediately responded, "Definitely. We each dominate over certain aspects of the creative and work process and we've slowly figured out who's stronger at what and who can take over at what point. We do the building completely altogether and we do the design together, but let's say computer drawing. I'll do that part of the job. And when it comes to building he's a lot faster than I am." 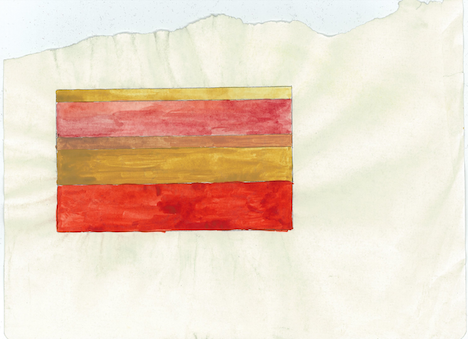 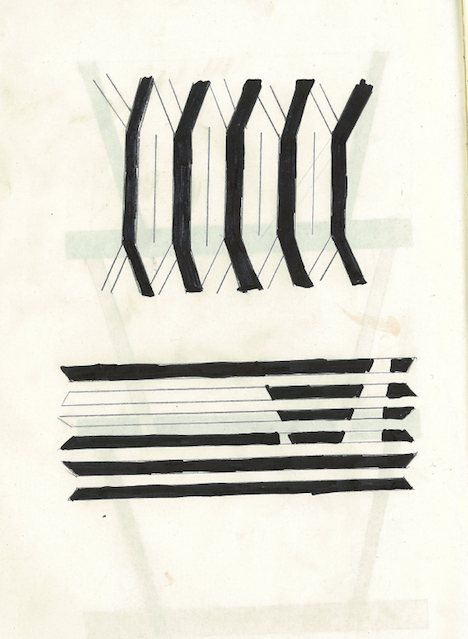 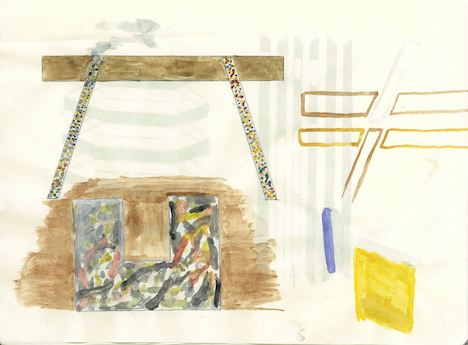 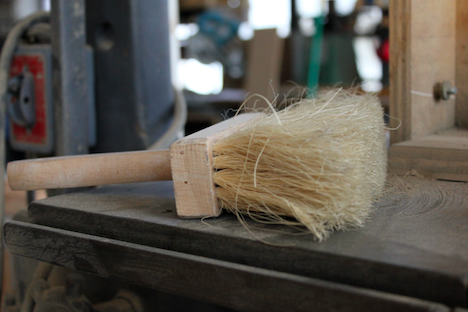 Vonnegut/Kraft splits their time equally between personal projects and commissions, mostly for furniture and shelving for exhibitions, store displays and private homes. Brian still takes on larger contracted projects; When I visited him in his shop he was cutting a massive slab of Corian for a dining table. Katrina likes to balance her her work between textiles and furniture: "I get sick of one and I'll go to the other. Then I'll get sick of that and I'll go back." As far as textile influences go, she admits to a surprising Liz Claiborne obsession. "I use Liz Claiborne colors, and I don't know why I'm attracted to them. I like early '90s pastel color palette with punchy highlights." 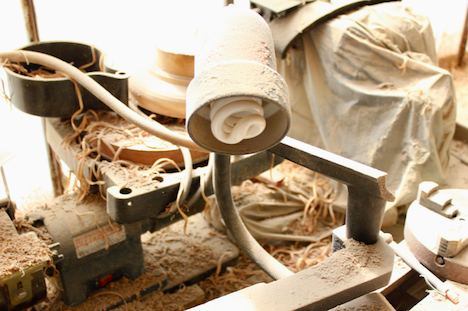 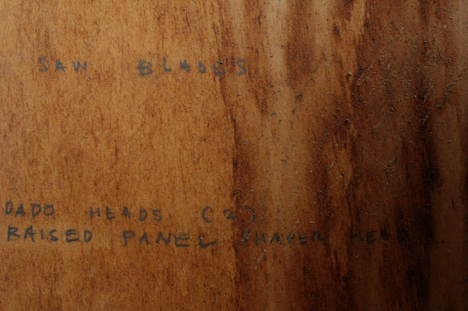 Right now though, they're focused on ICFF. Katrina got a taste of the show when she made the exhibition furniture for Eskayel's booth, but this is the first time either Katrina or Brian have exhibited their own wares. They're creating a bedroom that will show off three Maize beds along with textiles by Isabel Wilson. 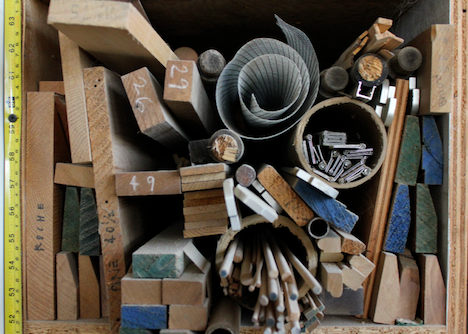 "The other day someone said to me 'I bet your house is really cool because you and your boyfriend make furniture,' but it's kind of like how a contractor's home is always half-finished." That's all to say Katrina and Brian seem to have a ton of ongoing projects. For starters, they want to do a series of Maize beds with different backboard patterns. "With my furniture I'm pretty tame," Katrina says. "I'd like to push myself further to make more bold decisions with accents."

Brian echoes that impulse to push their work in the design phase. They seem split, however, over the ultimate goals for their studio. "I think Brian enjoys doing commission work, but I don't as much. Doing commission work can be fruitful in other ways. Sometimes it pushes you to design for the demands of others, but it's not my favorite thing, so I would like to eventually not have to do that." When I ask her if that means she'd like to have her own Katrina Vonnegut shop one day she perks up and says "Oh, that would be amazing. In an ideal situation, that would be it." 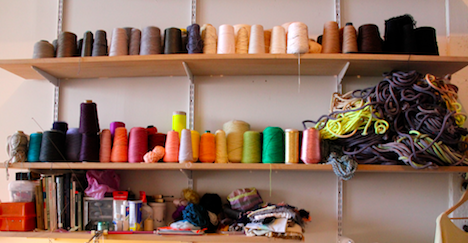 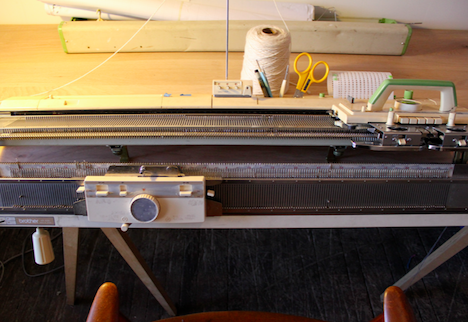 Katrina graduated in 2008, but in just four years she's grown tremendously, not only in her design work but in her entire process. "I have so much more patience since I graduated. I think partially just through living in New York. You have to be so patient with things, and I think that's really effected my work. I know have deadlines and there's always the constant pressure of developing new things, but it's not the end of the world. It's not worth rushing certain crafts. I feel like I can push myself further because I know have the patience to get there." 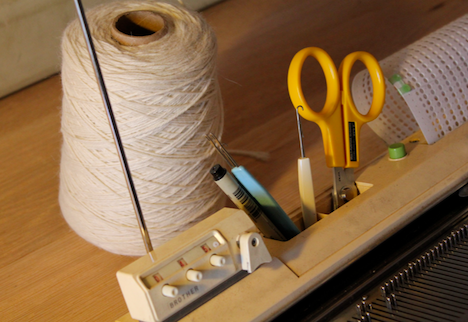 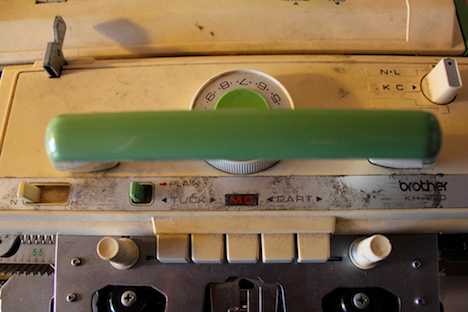 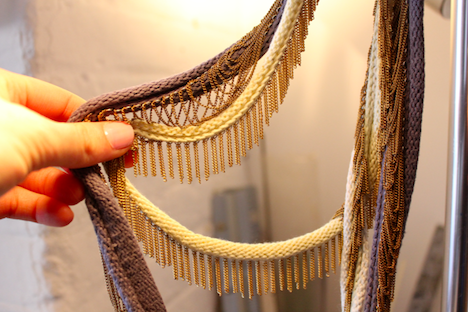 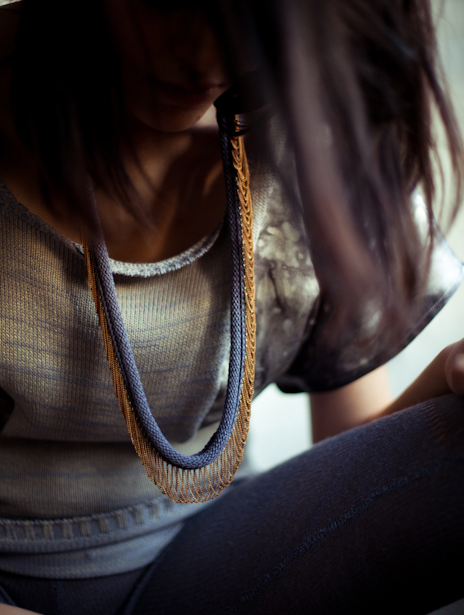 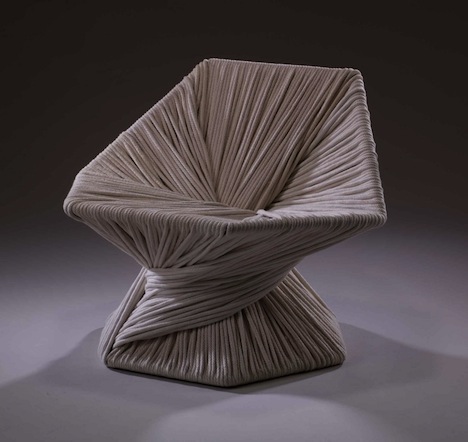 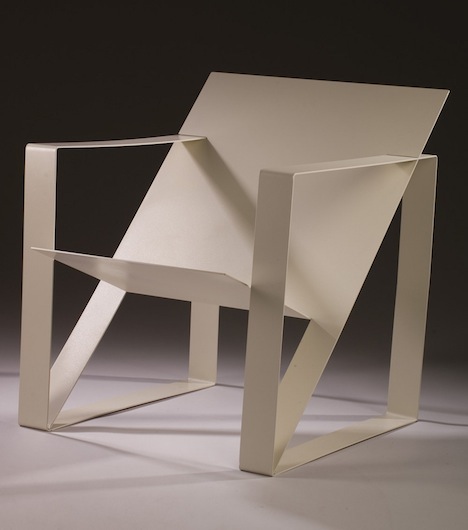