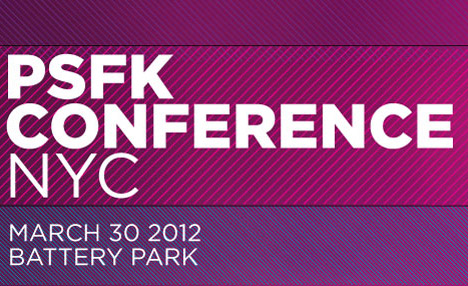 As our Twitter followers probably know, we had the opportunity to attend the annual PSFK Conference last Friday. (The 2012 edition of the annual event shares its name with PSFK's first print magazine, "Need to Know," which was distributed at the event.) Featuring some two dozen artists, entrepreneurs, trendspotters, technologists and media personalities, the conference served up a broadly informative and inspirational mix of content, and, as always with the day-long series of talks and presentations, the profusion of ideas quickly precluded the possibility of stopping to reflect on them. (Lunch, of course, provides just enough respite to catch up with other attendees and speakers.)

While we await the forthcoming videos of the talks from PSFK, we've compiled our notes (mostly from the pre-caffeine-crash morning session, for better or worse) with a few finessed caricatures for flavor, plus photos and all of our Tweets for good measure.

Photos by Glen Jackson-Taylor; text and illustrations by yours truly 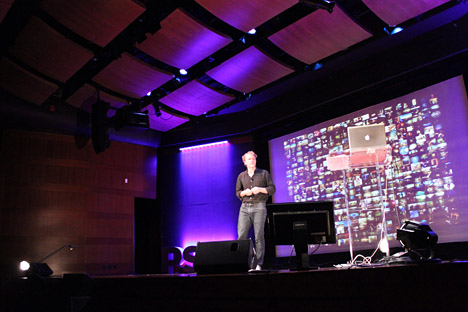 Jonathan Harris
"[Cowbird] is a new approach to participatory journalism... it's a contemplative space, like a church or a forest... an archive of stories that slowly becomes more beautiful."
-Jonathan Harris

Artist Jonathan Harris of Cowbird recounted his chronicle from Brooklyn-based art star to peripatetic soulseeker and back again. Over the past half decade, his artwork has come to address the possibility of translating meaningful real-life experiences into digital media, using photos, video and spoken word as a means of capturing and preserving the essence of those stories. 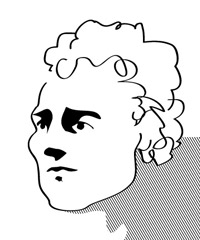 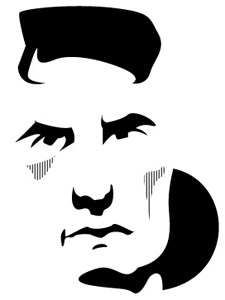 "The signals are out there."
-Robert Kirkpatrick

Robert Kirkpatrick of UN Global Pulse started with the premise that the Internet has become a veritable 'nervous system' of the digital world over as individuals intentionally and unknowingly generate massive amounts of data every minute of every hour of every day. His company is looking to harvest this raw data in order to identify patterns in real time, specifically to meet the needs of the increasingly-connected second and third world. 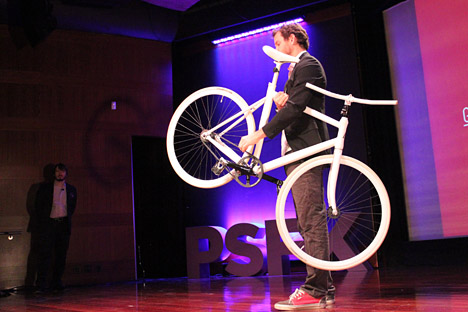 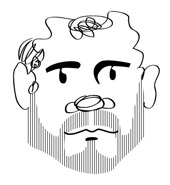 As founder of Treehugger, Graham Hill knows a thing or two about, say, reducing one's carbon footprint; his latest venture, Life Edited, started with his concern with reducing what might be called an 'urban footprint.' As the name of his new company implies, Hill has taken Dieter Rams' maxim "less, but better" to heart as an approach to maximizing space and utility through design. 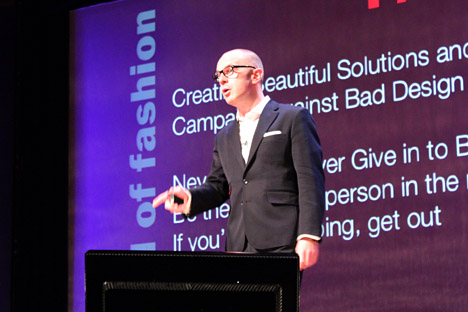 Simon Collins of Parsons the New School for Design
"Never EVER give in to bad design."   -Simon Collins
* * * 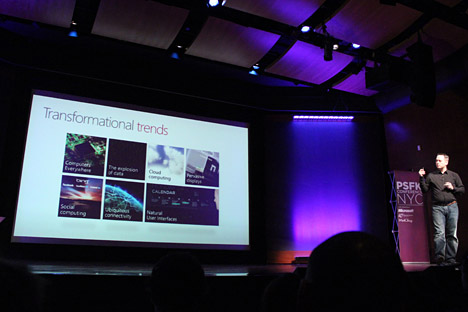 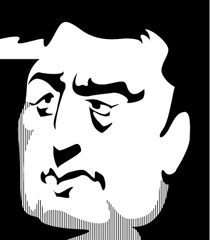 "Technology is reaching the point where complexity leads to more simplicity."
-Steve Clayton

Steve Clayton of Microsoft shared several projects from their Lab-like space, Next, including a particularly gasp-worthy desktop videochat peripheral in Illumishare, as well as the "Wearable multitouch projector," a new platform for augmented reality. 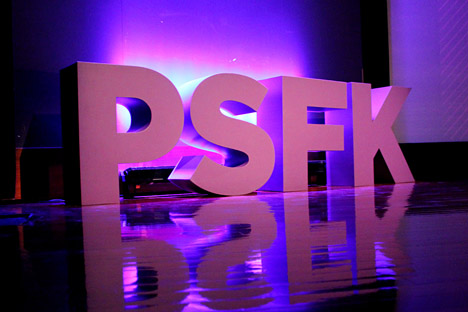 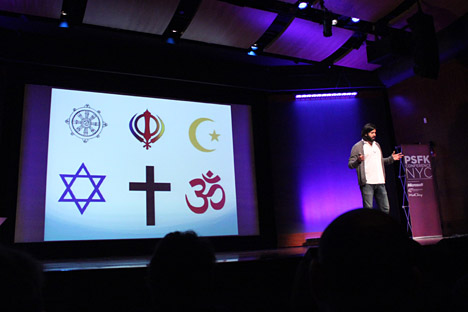 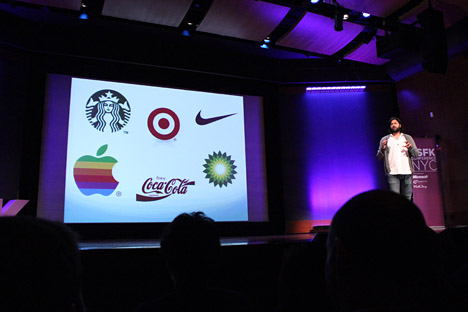 His film Kumaré reaffirms the power of faith by subverting it.
"We have [an entire] industry to motivate people... when people asked me [in my role as a guru], 'What should I do?', I responded, 'What do you want to do?'." 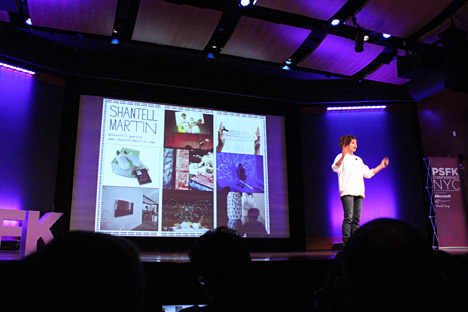 As in years past, Piers invited past speakers to provide interstitial updates on their latest projects, including Justin Gignac (not pictured) and Shantell Martin (above). This year's PSFK Conference also occasioned live sketchnotes from Georg Petschnigg and Andrew Allen of FiftyThree, whose iPad app, Paper, launched at #1 in the App Store just the day before. 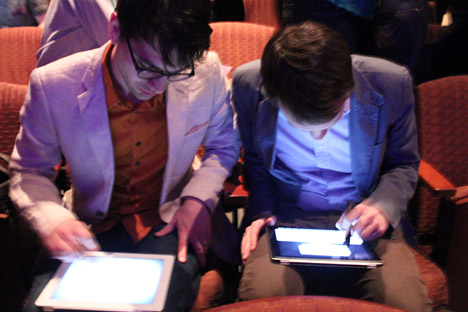 Sketching in Progress; Do Not Disturb
* * *

Just before lunch, filmmaker and futurist Jason Silva, at once a product and producer of mash-up culture, jumped on stage to present a couple of his overstimulating videos about the current trajectory of human development, i.e. technology. The salvo of ideas in the sub-two-minute videos mirrored the order of the day: quotable quotes, pithy soundbites and (during the afternoon session in particular) origin stories, all back to back to back. 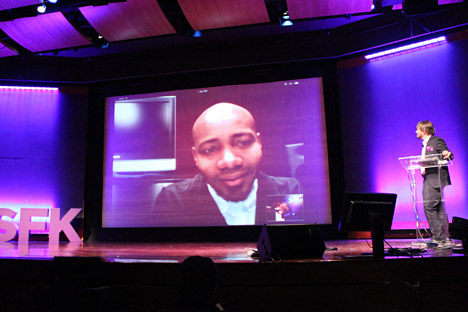 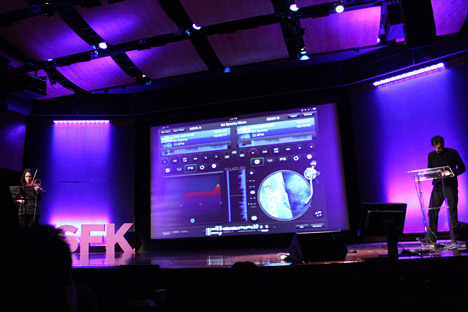 He described his 'acoustic portrait' of Antarctica a "dubbed landscape"
* * * 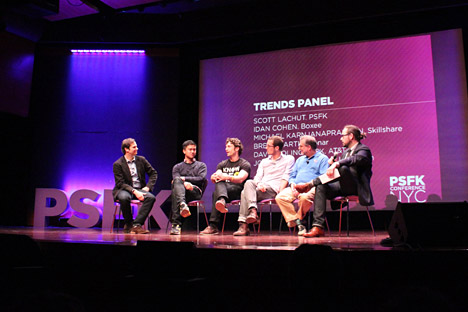 The Trends Panel touched on everything from the increasingly curatorial nature of social media to the healthcare-related implications of online oversharing. 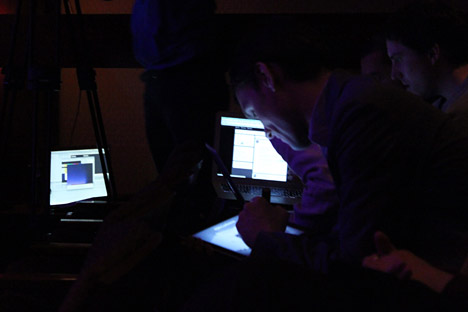 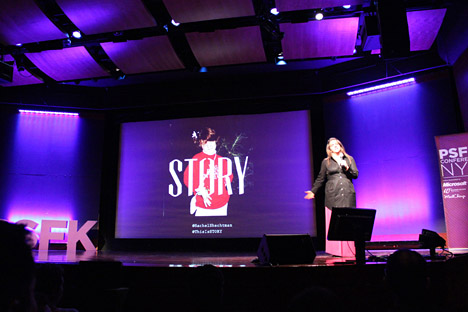 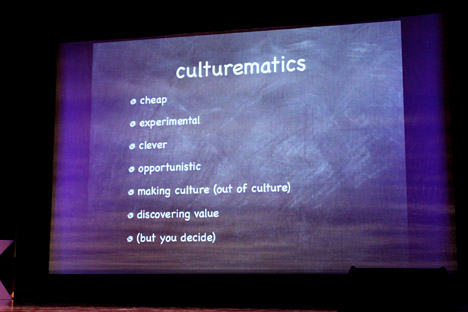 Grant McCracken made a guest appearance
* * * 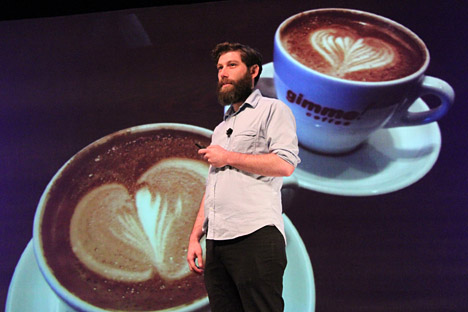 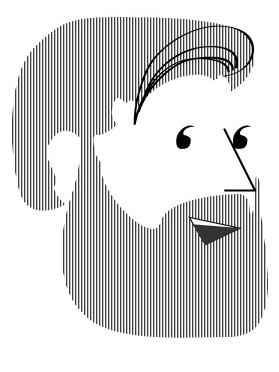 We were familiar with the backstory of Outlier, a Brooklyn-based clothing company, prior to co-founder Abe Burmeister's presentation, but his talk was as entertaining as it was informative. In short: pants may be an inherently funny thing to talk about, but this is precisely why the business of pants—ones that mean business, no less—provided an opening for Outlier to innovate. 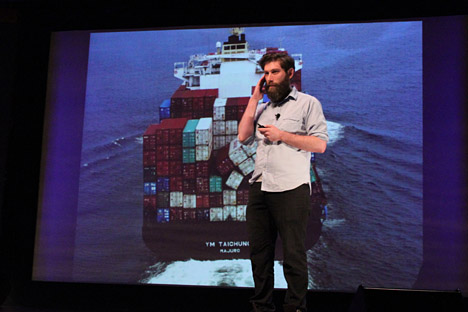 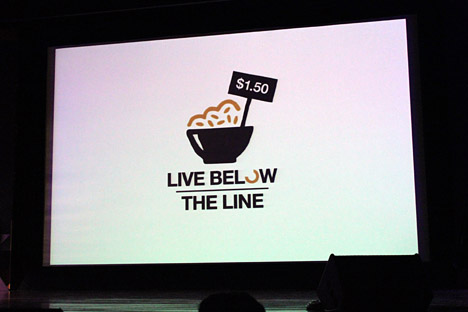 Alain Sylvain invited attendees to Live Below the Line 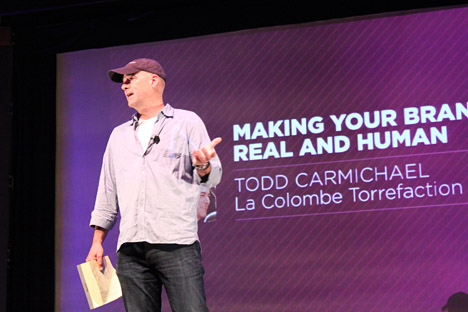 Todd Carmichael of La Colombe was one of two 'analog' craftsmen... 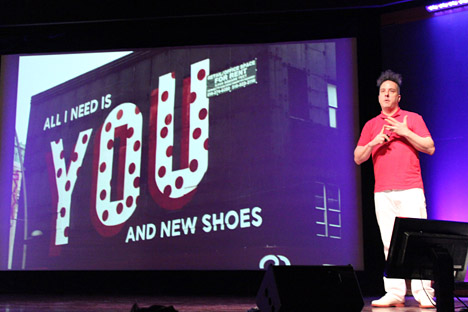 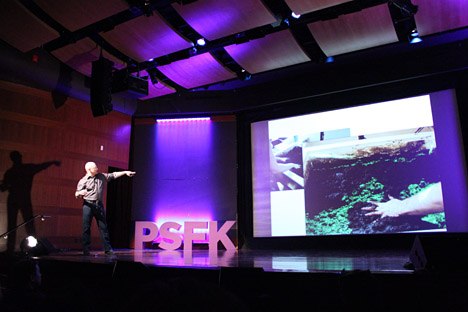 Clay Shirky on MudTub... by none other than Tom Gerhardt
"The problem with the conversation around creativity is that it's presented as a single formula that will work for anyone... Creativity is the ability to produce 'Valuable Novelty.'" 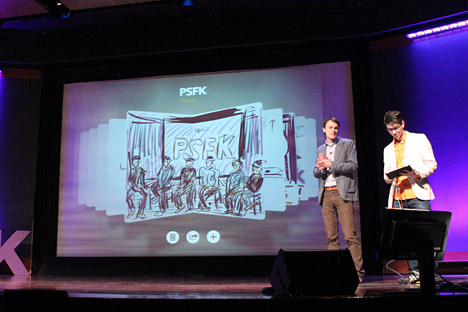 Georg and Allen had sorted out earlier technical difficulties by the end of the day, when they presented several 'pages' full of notes. 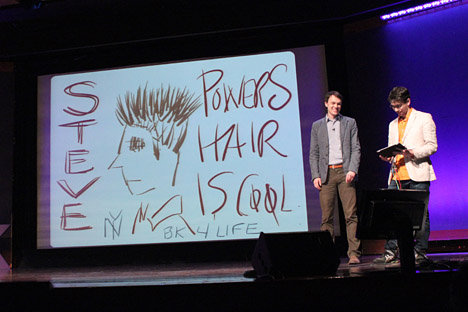 And now for all of our LiveTweet coverage: