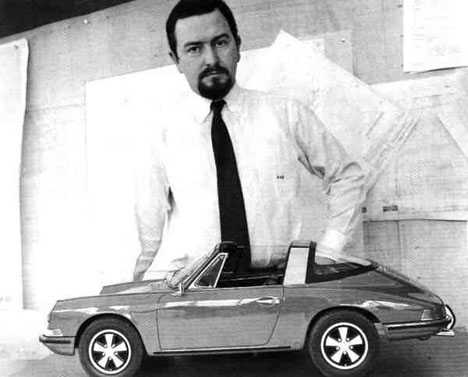 Ferdinand Alexander Porsche, the designer of the 911 and the grandson of company founder Ferdinand Porsche, passed away today. The designer was 76.

F.A. or "Butzi," as he was nicknamed, was groomed to enter the family business. "Even as a small boy, he accompanied his father and grandfather Ferdinand to the engineering design office in Zuffenhausen," reported World Car Fans in an article on his 70th birthday. But in an interesting, Einstein-like twist, rumor has it that in the mid-'50s F.A. was dismissed from his industrial design program after just one year because his skills were not considered up to snuff. He then began training directly in Porsche's design department, where he would design the iconic 911 in 1963. 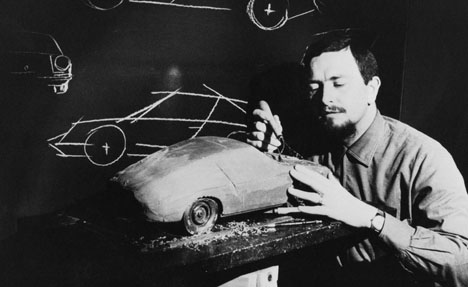 In the 1970s F.A. founded the spin-off Porsche Design company. Their first product, a chronograph wristwatch, was intended as a brand-specific accessory to be sold through Porsche dealerships. Through the brand F.A. diversified into designing eyewear and desk accessories. The current iteration of the company (formed by eventually combining all of Porsche's accessories and licensing spin-offs into one) is still alive and well today, designing everything from cell phones to luggage to kitchen appliances.

If you've ever gotten to drive a 911 with that flopover clutch and tail-heavy ride, you know it wasn't exactly designed to be easy-to-drive. "Comfort is not what makes driving fun, it is more on the opposite," he has been quoted as saying. If anyone remembers No Man's Land, the '80s Charlie Sheen/D.B. Sweeney movie about Porsche thieves letting the tail hang out around hairpin curves, you'll see his point.

Several years ago, when he was still Porsche's CEO, Wendelin Wiedeking said: "The shape of the Porsche 911 remains persuasive to this day. It has become a pillar of our brand identity. All of the sports cars we build now, and are yet to build in the future, must follow in the footsteps of the 911. It is how our customers recognize them as being Porsche.

"[F.A.'s] lines on paper, his eye for detail, his unmistakable feel for the overall effect - all of these things have contributed to his reputation as a world-class designer."