A Completely Different Kind of Visibility Solution for Cyclists

Like inventor and cycling enthusiast Michael Wallis, I certainly agree that I've come to regard pedestrians as a greater threat than automobiles. Despite my best efforts to share the road with pedestrians and motorists alike, every crosswalk in lower Manhattan demands a sort of micro-wiggle, and much of my 'weak side' auto-awareness stems from the fact that I never know when I'll have to take a bit of quick evasive action to dodge a jaywalker. As for heavily-touristed throughfares such as Broadway above 34th St or Central Park? Fuhggedaboudit. 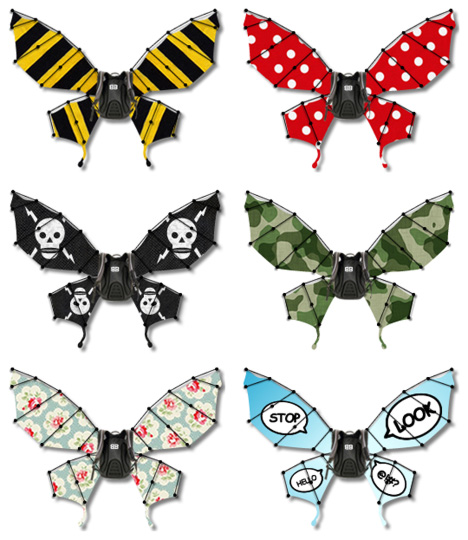 Don't be fooled by the pictures that look like something out of a Ricky's catalog (do they even have catalogs?): Bike Butterfly wings come in at a solid 3.5m2 (over ten square feet)—i.e. a span of over a meter—for maximum visibility and increased stopping power, giving new meaning to 'dressed in drag.' Wallis explains, with a demo at the end:

The fact that the site and video have appreciably higher production value than that of the infamous Uberhood (not to mention the vestigial antennae) are easy clues as to whether the Bike Butterfly is just so popular that it's sold out or if it's a thinly-veiled campaign for a certain well-known British bicycle company.