Sign the petition to Save a Neutra in Pakistan 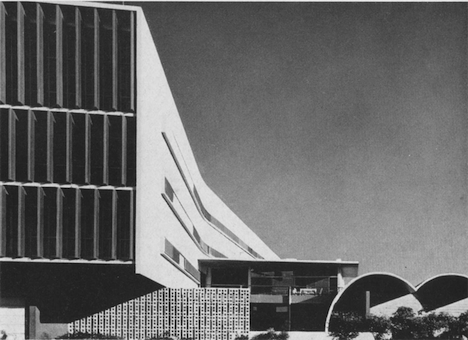 "In 1955, the US State Department commissioned Richard Neutra to design a new embassy in Karachi. Neutra's appointment was part of an ambitious program of architectural commissions to renowned architects, which included embassies by Walter Gropius in Athens, Edward Durrell Stone in New Delhi, Marcel Breuer in The Hague, Josep Lluis Sert in Baghdad and Eero Saarinen in London."

Neutra called these sites "just pretty buildings," as opposed to his design for Karachi, which was, according to him, "stripped for action." Whether you're impressed by his audacity or not, Neutra's US Embassy in Karachi in an impressive place—a white, rectangular slab punctuated by the pattern of rounded, half-cylinders. Despite its importance as one of Neutra's few public buildings as well as its significance as the only Pakistani icon of the International style, its been decommissioned. Not only will it no longer be used for international and state affairs, it will not be preserved. 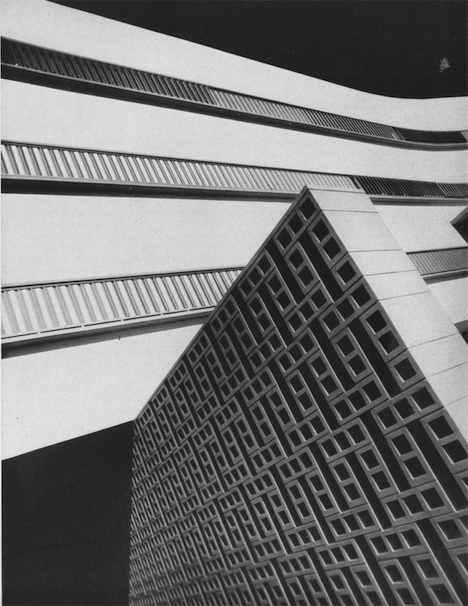 Richard Neutra's son, Dion, a consultant for the Neutra Institute for Survival Through Design, is sponsoring a petition to support the preservation and repurposing of the former US Embassy. Currently, the Institute is leaning towards converting the building into a Pakistani cultural center with an emphasis on Neutra's practice. Sign the petition to show your support.

Sign the petition to Save a Neutra in Pakistan