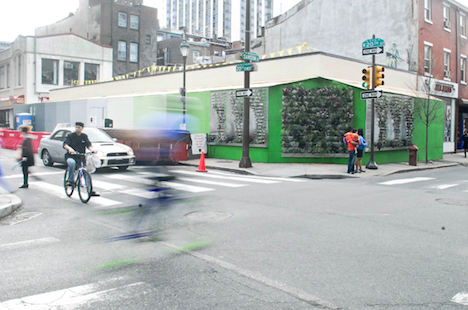 When Danny Meyers planned to open the first Philadelphia branch of his much beloved Shake Shack, it made sense to call in local designers Shift_Design to construct an exterior wall that would give a nod to the original ivy-covered restaurant in New York. The Philadelphia location isn't scheduled to open until Summer, and Meyer's Union Square Hospitality Group wanted to call attention to latest addition to the neighborhood while it was still under construction. 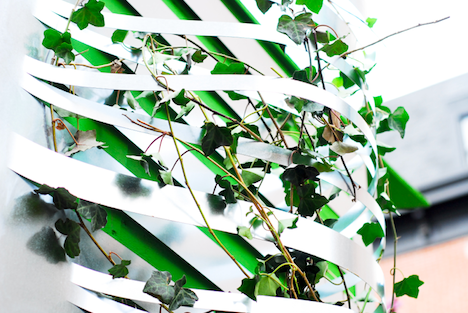 Shift_Design devised a system of window boxes, living wall units and custom panels made from galvanized steel cut into "ribbons" that undulate from the surface of the wall, creating a trellis for climbing plants. The temporary construction wall is painted in blocks that transition from dark grey to bright green, marking the months of construction, from Winter to Summer. Once Shake Shack opens the plants and planters will donated to the nonprofit Rittenhouse Square Flower Market for Children's Charities. I've got a thing for architecture that incorporates living walls, and it's too bad that Meyers et al can't find a place for the plants inside the restaurant. It could send a positive message about how fresh their fast food is, but at least the greenery is going to a good home. 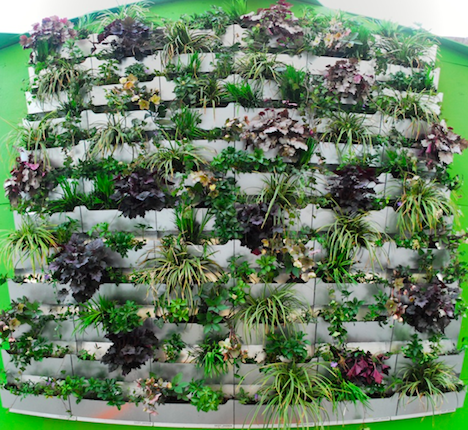 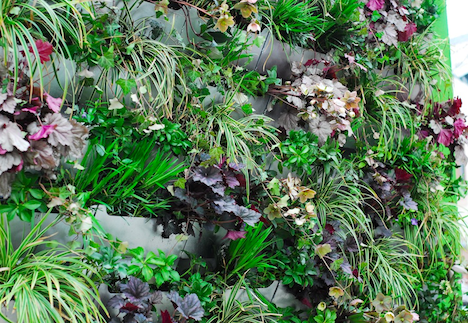