The DO's and DON'TS of Graphic Design with Studio Lin 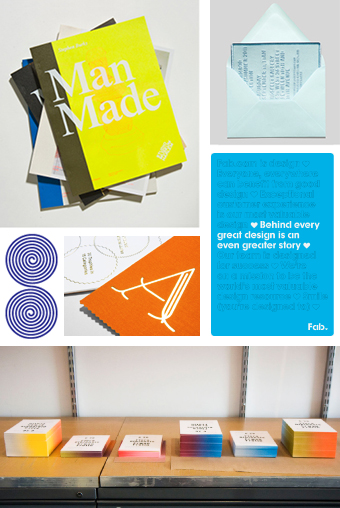 Designers typically don't reveal their mistakes or share how they stumbled into a solution. But Alex Lin of Studio Lin did last week at his AIGANY talk hosted at the Museum of Art and Design. Through a series of Do's and Don'ts, Lin revealed some of his successes and failures in design, production and fabrication. Some of his most beautiful work was created when he had no idea what he was doing or through collaborations.

After graduating from the Yale MFA graphic design program Lin worked at 2x4 for 6 years before co-founding DEFAULT. A few years later he parted ways and created Studio Lin—a studio founded on a desire to explore new territory through challenging collaborations with creative visionaries in the fields of architecture, industrial design, art and fashion. In just a few years Studio Lin has created a body of work that provokes and inspires the design community.

Lin challenged the audience to get in over your head and take on more than you can handle. While at 2x4, he took on way more than he could handle, by totally jumping into projects and working long hours and weekends. Lin was unsure how to start a project designing environmental graphics for the student campus center at the Illinois Institute of Technology in Chicago. Feeling overwhelmed, he started to create simple pictograms of 'things students do.' Hundreds of pictograms he created were later transformed into 20-foot tall, vinyl portraits of Mies van der Rohe, welcoming the students as they entered the building. He confessed that he had no idea where he was headed. 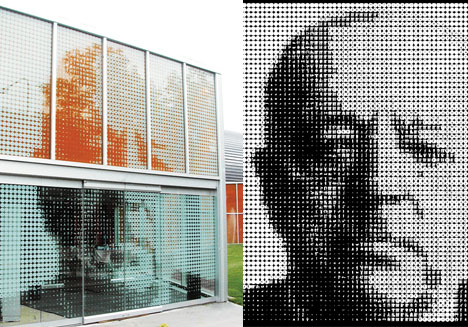 He suggests giving every project your best effort, regardless of the client or the budget. His goal with every project is that once it's complete, he's not afraid to show it. "I like to work on a project until the solution excites me in some way," he says. But the toughest part for Lin isn't the actual design; it's figuring what he can do with a limited budget. Pushing the constraints of a limited budget sometimes means taking production into your own hands. The Erwan Frotin invite exemplifies his DIY production skills. The printer couldn't produce the gradient edges so Lin bought an airbrush and some inks—the results are stunning. In two days the team airbrushed 1000 invites. 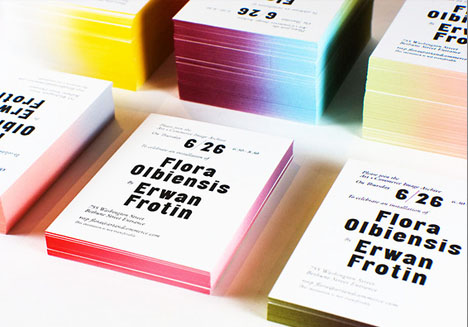 Lin urges designers to collaborate with experts, from web developers to typographers. Lin collaborated with Dries Wiewauters who developed a custom typeface for the Core77 Design Awards poster. Lin openly admits that illustration isn't the studio's strongest asset, so he pursues collaborations with illustrators and interns to develop this area. 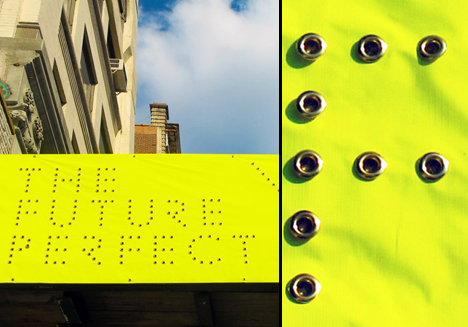 Exploring new materials can sometimes lead to a solution that doesn't work. The Future Perfect storefront banner utilized 1,000 brass grommets creating a dotted letterform on the bright yellow banner. But the banner only lasted one month before the grommets rusted and the yellow faded. "Make sure you do your research, I had no idea what I was doing," Lin said.

By bringing us into his process and sharing lessons he's learned Lin reminded us that you can learn something from every project even if it's what not to do next time.