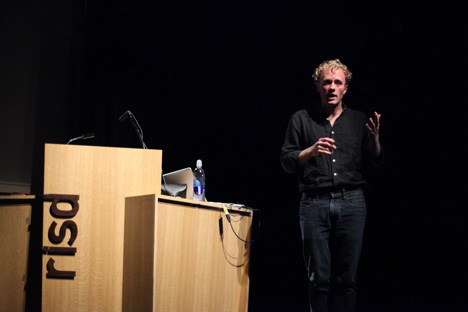 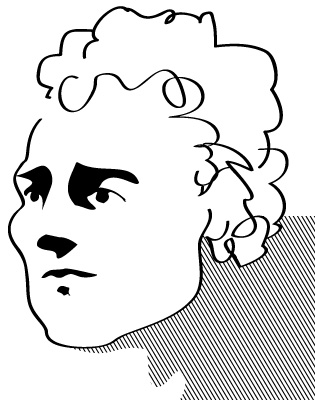 “I remember talking to college classmates of mine, there was this general feeling of like anxiety and panic about what our lives were going to be like and the choices we were going to have to make once college ended... I just want to give you the message that it's all going to be cool in the end. It doesn't really matter that much the choices you make as long as you keep alert enough and nimble enough to keep changing course along the way.”

Jonathan Harris spoke to a full auditorium at the Rhode Island School of Design last Thursday, telling stories from his life and some turning points that happened along the way. An artist, programmer, and world explorer, Harris's work focuses on humanizing the Internet in a rapidly expanding digital age.

Harris framed the lecture in four parts chronologically, around turning points in his own life: Internet, Real Life, My Life, Our Lives. Starting with his early twenties, Harris spoke about his focus on the Internet and on looking for stories hiding in data. An interest in collecting found objects led him to the concept of "partial obstruction, partial revelation"—the idea that in leaving space, it allows people to come closer and fill that space with their own experiences. He applied this technique to a lot of his early web work. 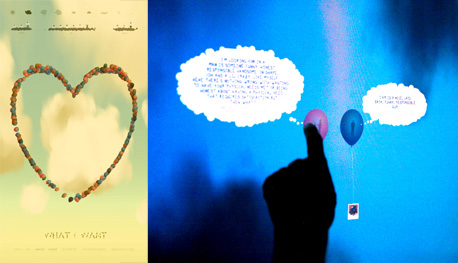 An attempt to "tease out some of the poetry" from the mess of the Internet led to several projects, including We Feel Fine. Essentially a search engine for feeling, We Feel Fine scans the latest blog posts every two or three minutes looking for phrases following 'I feel...' or 'I am feeling...' Those phrases are collected in a database including the gender, age, and location of the author, as well as the weather conditions when they wrote the sentence. Since its genesis seven years ago, We Feel Fine has amassed about 20 million feelings. 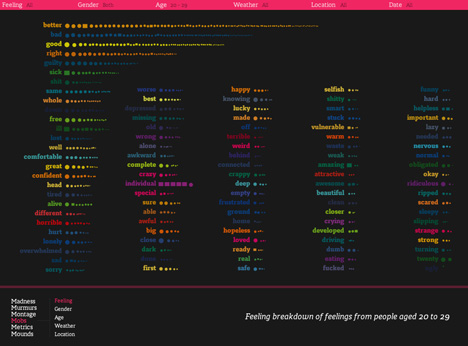 Changing courses dramatically, Harris concluded his first quadrant with a few thoughts on data. "I think data is a very good approach for certain types of insights that you're after, but it's an incredibly limited approach for other insights and it can actually lead to quite superficial insights a lot of the time." Harris no longer believed, as he did in his twenties, that life's problems could be solved through data. Starting to feel like there was a level of depth his data-based projects weren't reaching, Harris began to do projects that involved intense real-world experiences documented himself. 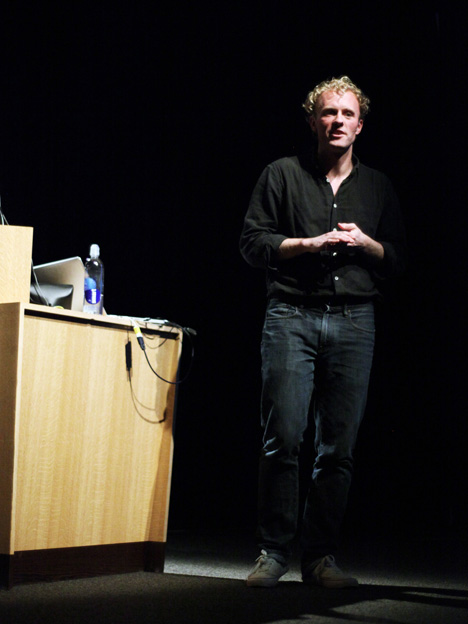 The first project of this nature was called The Whale Hunt, which took place in Vero, Alaska. Living with a family of Eskimos, Harris followed them on their ten-day whale hunt, documenting it through photos. In this endeavor, Harris wanted to come to some level of empathy with the computer, so he gave himself a set of rules to follow. Every five minutes he would take a photograph, increasing that frequency of photographs to about 40 in five minutes, corresponding to his increasing heartbeat.

The motif of storytelling was evident throughout Harris's work and the lecture, as he kept coming back to the elements that make up a story and the concept of sharing that story with others. The Whale Hunt was no exception, as the photos from the hunt were categorized by cast, concepts, context, and cadence. As Harris moved on to discuss the third part of his lecture, My Life, he focused on the story of his own life and how his work began to take a more autobiographical approach. In trying to fully experience each moment, he took a photo and wrote about it each day. Walking the audience through some of his favorite shots, Harris acknowledged the power the ritual began to take over his own life, as it caused him to recognize his life as a story being made with each decision. 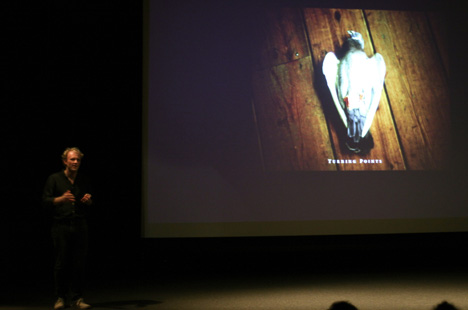 “There is this trade off between documenting your life and living your life. When you document your life too heavily, it actually can have the effect of taking you out of the moment and you end up being a spectator to your own existence.“

Harris, in the final quadrant of his lecture, introduced the audience to his latest exploration, Cowbird. He described the project as a "Wikipedia for human experiences" with the hopes that it will provide a public library for others to draw upon. Harris sees Cowbird as a tool for everyone to chronicle experiences of living. 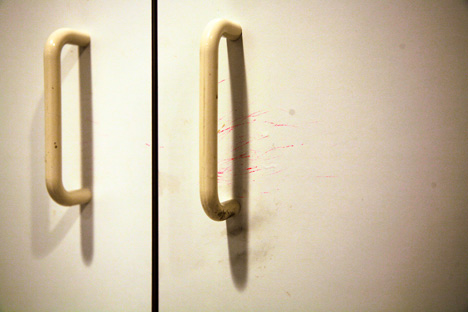 Harris urged the audience of future artists and designers to use their powers for good, and be wary of the work they release into the world. In a world inundated with Tweets and Facebook updates, Harris hopes that his work will encourage others to take a step back and view the larger story as a whole. 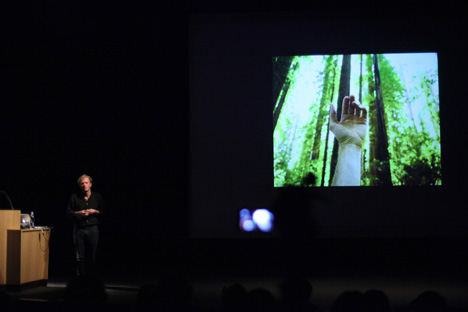 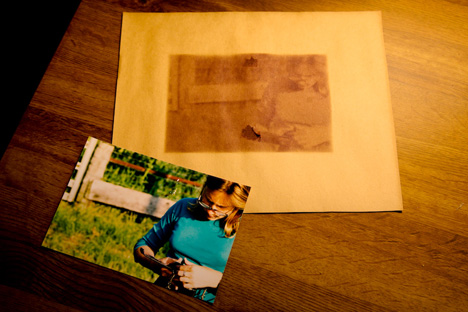 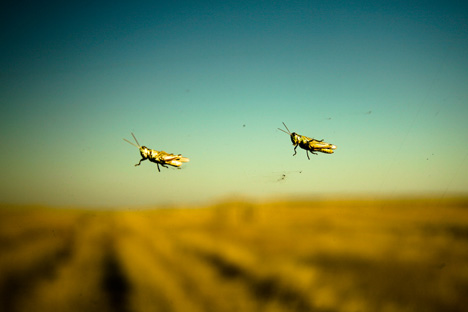