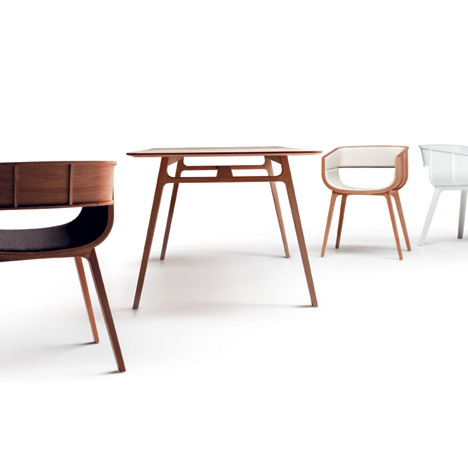 Benjamin Hubert has clearly found his calling in furniture design that is remarkable precisely because it looks so unremarkable. Although his last work, the "Pod" armchair, all but foreshadowed a certain recent video of the recycling process, the London designer has returned to his nautical inspiration for the 2012 Salone with an update to the previously-seen "Maritime" chair and an all-new table for Casamania. 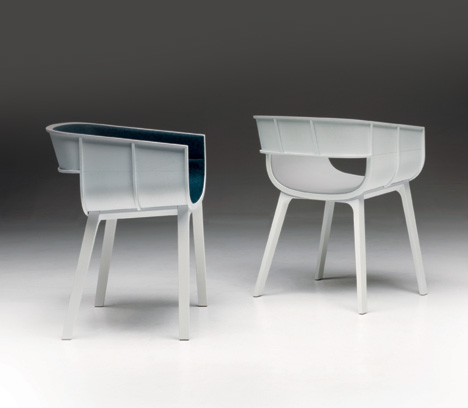 The "Maritime S" is a simple improvement on his 2011 design for Casamania: the low-back armchair now has the option of "soft upholstered panels inserted into the distinctive timber framework." Yet the addition of color and contrast has an undeniably different effect than the original ultra-restrained oak version. The "Maritime S" is less a blank slate and more an expression of a personality, at once more and less precious, in what can only be considered a welcome change of pace. 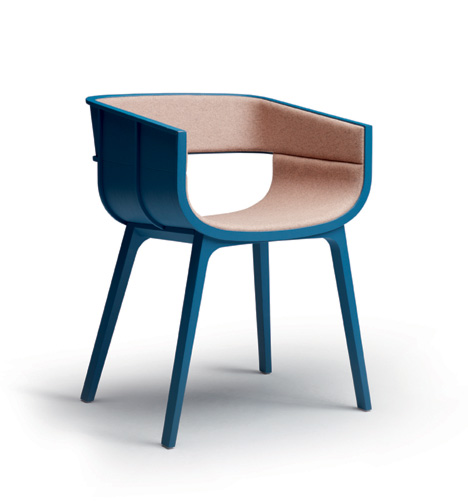 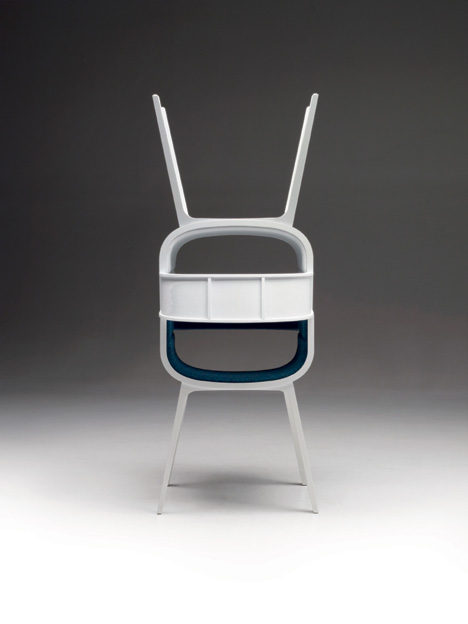 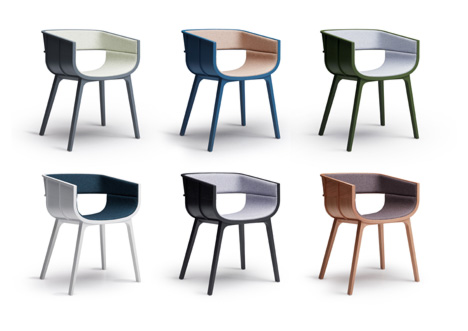 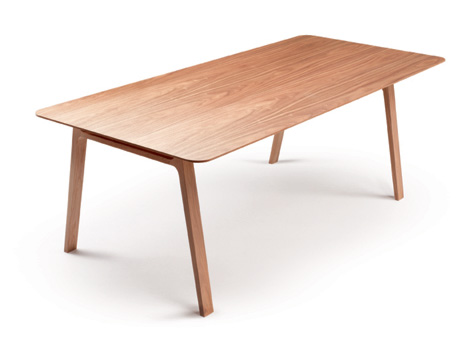 The "Pontoon" table, on the other hand, isn't a huge departure from Hubert's previous furniture designs... which isn't surprising, considering that it's intended as a counterpart to the "Maritime" chair, using "the geometry and design language of the chair to create a simple and graphic table structure."The table surface with generous corner radius is supported by slender legs connected together via a central beam. The legs taper to give an elegant silhouette made possible by the height positioning of the central structure to stabilise the slim profile. 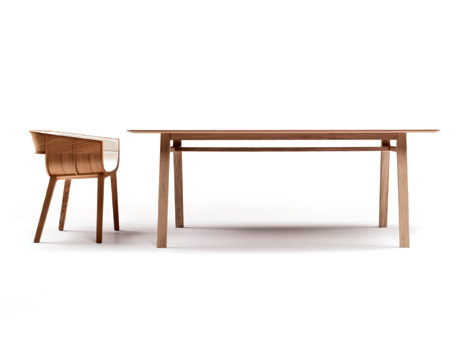 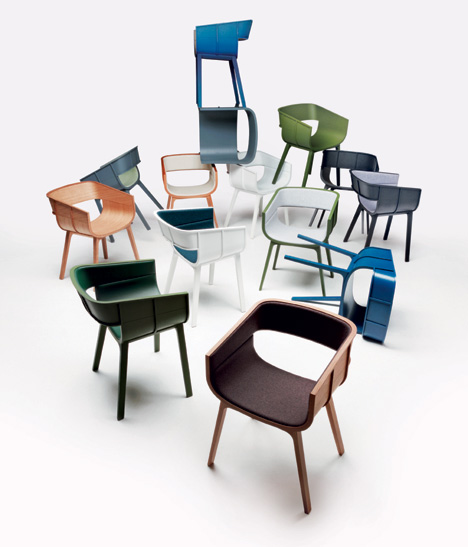 If Hubert's approach to the minimalist aesthetic comes off as rather straightforward, suffice it to say that each piece expresses veritable boatloads of understated elegance.