The cycling movement is looking to blossom this spring with more cyclist-friendly initiatives than ever before, and NYC is increasingly an epicenter for large-scale policy and publicity programming. After a successful first year in the five-floor Chelsea space (former home of storied art organizations such as Dia and X-Initiative), Manhattan Media is pleased to bring the New Amsterdam Bicycle Show downtown to the Skylight Soho. 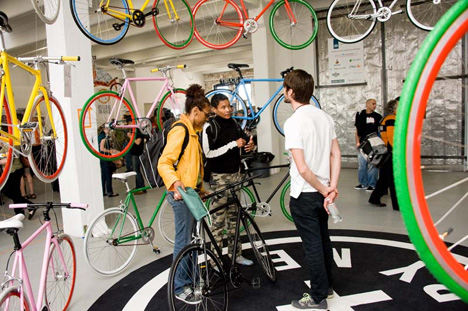 It's all about the bike in New York City on the weekend of April 28 and 29 from 10 a.m. to 7 p.m. at Manhattan Media's bike-tastic event, The 2012 New Amsterdam Bicycle Show: Benefiting Transportation Alternatives. In its second year, this event returns, bigger, better and "bikier" to Soho's chic and bike-friendly venue, Skylight SoHo, in Manhattan. Just as New York City embraces bicycling, improving the urban landscape with hundreds of miles of bike lanes across the boroughs, this new consumer-focused bicycle show will again feature the many nuances of bicycling—from bikes for commuting to racing, transporting and pleasure rides.

Indeed, the scope of the show is far broader than that of your average bicycle event as a something-for-everyone extravaganza of anything and everything related to bikes. Unlike major U.S. tradeshows such as NAHBS or Interbike, 'New Am' caters to everyone who has ridden a bike—past, present or future—which is to say, everyone. 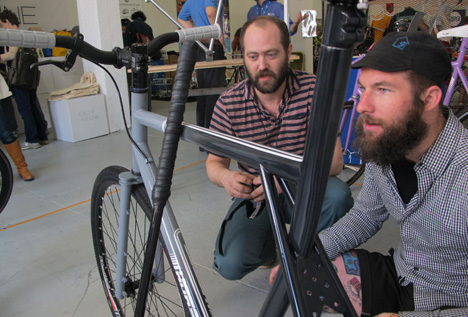 Thomas of Horse Cycles with Brad of Geekhouse

Where the Bicycle Film Festival has outgrown its niche at the intersection of cycling and creative culture, ARTCRANK has opted for an even narrower focus on posters alone; last year's Oregon Manifest and the recent Red Hook Crit (congrats Dan!) are arguably even more niche.

Yet the New Amsterdam Bike Show incorporates elements of all of the above, featuring custom framebuilders, accessory purveyors big and small, the likes of Raleigh and KLM as sponsors, and even a biergarten courtesy of Grolsch... and it's all for a good cause:The show will also benefit Transportation Alternatives, the advocacy group that has worked to improve New Yorkers' bicycling, pedestrian and public transit experience. T.A. representatives will be on hand this year to provide valet bicycle parking to guests, as well as safe and useful tips for New York City bicyclists. "Nothing showcases New York City's enthusiasm for bicycling like The New Amsterdam Bicycle Show. With something for everyone, from the newest bicycle commuter to the most experienced racer, this show truly represents the diversity and scope of bicycling in New York and we're proud to support it," says Paul Steely White, Executive Director of Transportation Alternatives. 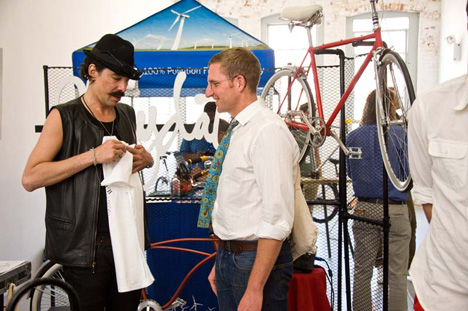 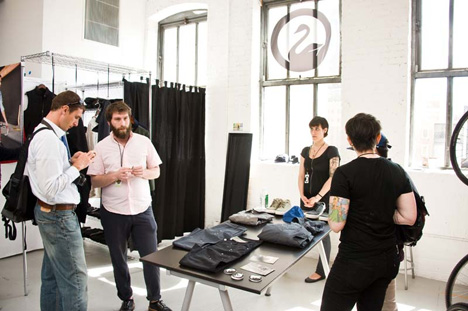 Our friends at Outlier won't be there this year; word on the street is that they'll be busy building out their newly expanded studio

Check out the full list of exhibitors here, or buy advance tickets (at a $5 discount) here.