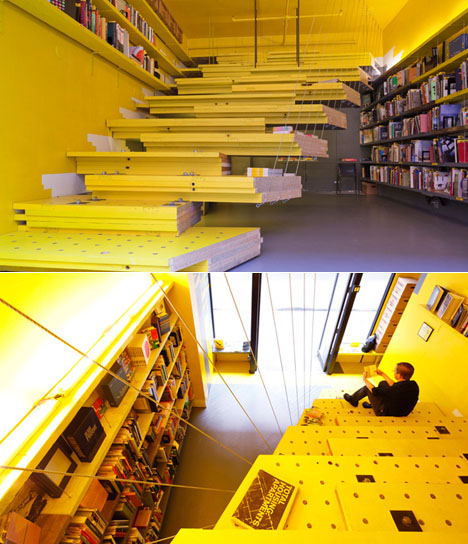 According to a 2011 study that's downloadable here, the New York City construction industry generates 7 million tons of building materials waste each year. Of that amount, just a fraction is recycled.

Remember our entry on Reclaimed Cleveland, the operation that harvests that city's abandoned buildings for raw materials? NYC has a similar organization in Build it Green! NYC, which is attempting to make a dent in that 7-million-ton figure. BIGNYC, as it's abbreviated, relies on a network of volunteers to scour and sort the various things thrown away by NYC that still have plenty of life left in them. In addition to retrieving materials from buildings about to be demolished or renovated, they also take materials from surplus donors, regular Joes and even movie shoots, which explains how they've amassed a 75-ton collection of useable stuff.

"[We have] everything from panel doors to high end refrigerators and shutters to movie props," they write. "Our mission is to keep these materials out of the landfill, while offering deep discounts on their resale." Through a distribution center in Queens and another in Brooklyn, BIGNYC sells reclaimed lumber, hardware, furniture, appliances, kitchen cabinets, flooring, masonry, paint, and more. 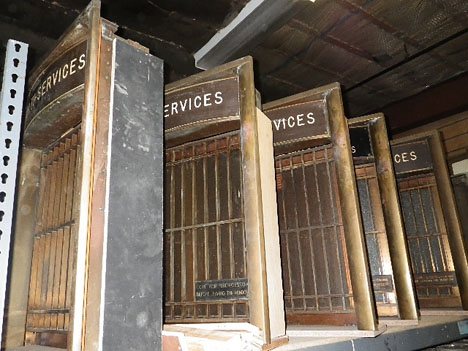 Some examples: Pictured up top are a bunch of salvaged doors that local architecture firm Lot-Ek turned into a reading platform for architecture & design bookstore Val Alen Books. Directly above this paragraph are the original post office windows from Grand Central Terminal. Below is a shot of reclaimed Douglas Fir floor joists that they're selling for as low as $2 per foot. And this is just a fraction of what they've got going. 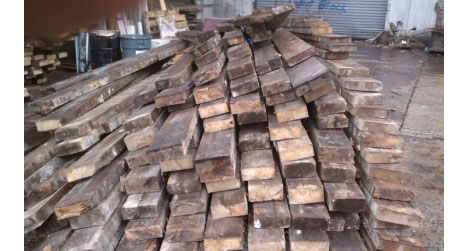 Any NYC-based designers looking for reclaimed materials or products on the cheap, you could literally spend hours browsing their website and going through their broad range of salvage. And as BIGNYC points out, most of the stuff they have--remember, 75 tons--isn't even on their website. But their Astoria and Gowanus locations are open seven days a week.