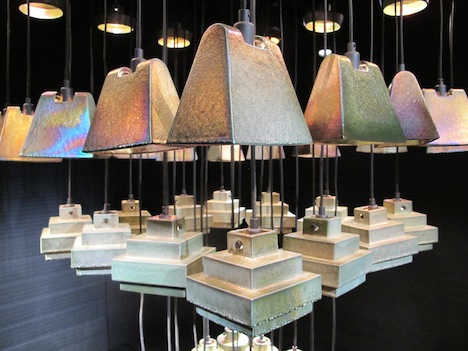 Tom Dixon, the British designer known for not only designing the modern classics that make up his lighting and furniture collections but also manufacturing them, kicked off Milan with a bang. On Tuesday Tom Dixon threw open the doors to the National Museum of Science and Technology for his first solo satellite show in Milan, MOST. Interwoven with the museum's vintage transportation exhibitions and robotics labs were five buildings worth of design ranging from London's Designers Block to North American favorites Blu Dot and Molo. 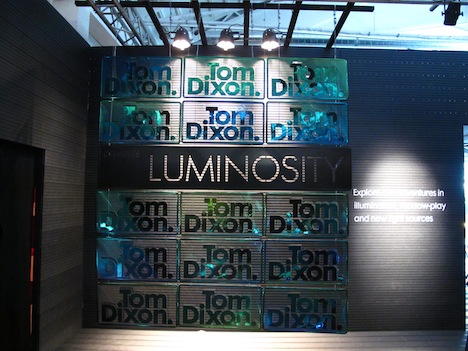 We were particularly excited to see the new lighting Tom Dixon presented at this year's show. A departure from his highly finished signature metallic fixtures, I loved the primitive shapes and finish of the Lustre collection. Handmade ceramics give an iridescent glazed and twice-fired to create a shimmering effect that Dixon describes as, "reminiscent of hidden colours in nature, seen in peacock feathers or oil slicks on water." In this year's Milan shows we've witnessed a renewed interest in ceramics by designers across the board and it's refreshing to see the material in lighting as well. 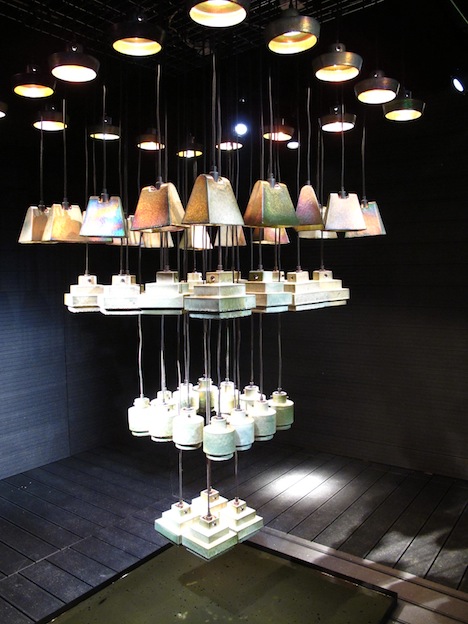 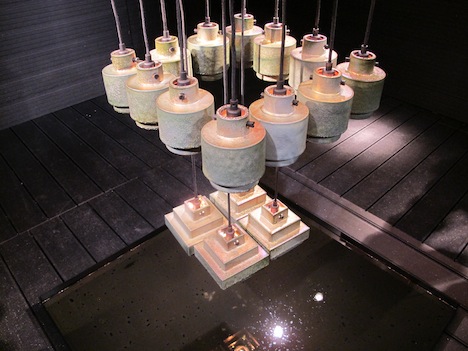 A new typology for Tom Dixon, the Fin collection was also quite arresting for its unique combination of materials and shapes. Not one to shy away from exposing the "messiness" of design, the Fin lights expose the inner workings and electrical components of the light, making the circuit board, "the hero of the design." A heat sink forms the body and sturcture, a lens magnifies the exposed circuit board. Dixon calls this collection his, "ode to engineering and an introduction to new and rapidly changing lighting technologies." 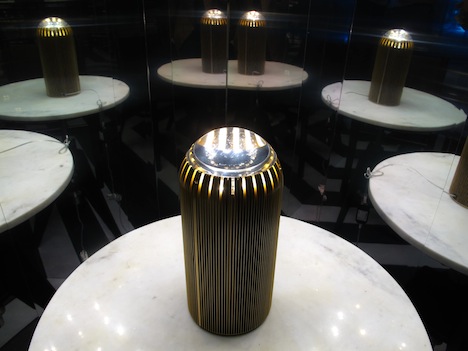 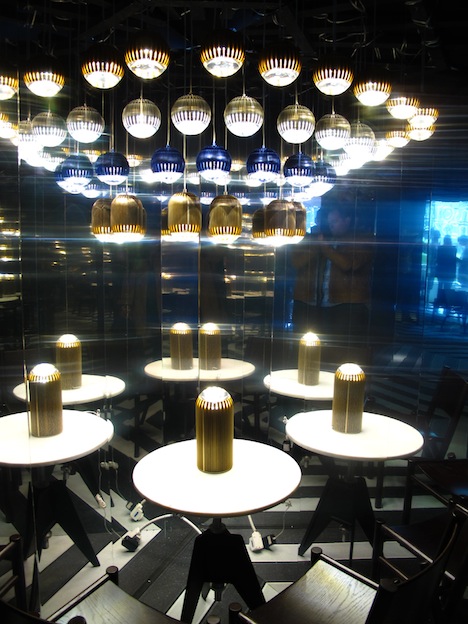 The Etch "Web" continues with Dixon's more recent experimentation with stamped metal forms that engage his audience in a larger conversation about manufacturing and production. The magical orbs cast diamond-shaped patterns on surrounding surfaces. The pattern was inspired by mathematical formulations and are 65 cm wide. 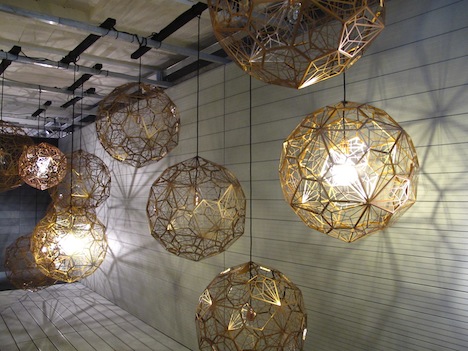