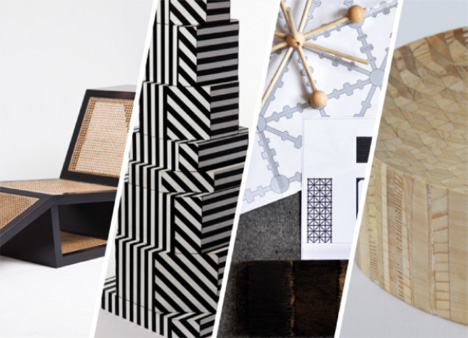 Architects Pascale Wakim and Nicolas Bellavance-Lecompte originally founded Carwan Gallery as a pop-up space in Beirut just two years ago. Insofar as the Salone is an excellent opportunity for Carwan Gallery to further its mission to "encourage students, artisans, designers, and the public at large to connect with each other and the world of design in the Middle East," they're presenting "Contemporary Perspectives in Middle Eastern Crafts" at Milan's Ventura Lambrate district.With a concept that seeks to expand the vocabulary of traditional crafts, Carwan has commissioned a selection of international designers to create a series of new, limited-edition objects in partnership with local artisans in the Middle East. Each designer's project encapsulates the re-imagining of a distinct, time-honored craft, where the specialized technique of each artisan has formed the basis for the creation of a new object by the designer. The designers are Karen Chekerdjian (Lebanon), Khalid Shafar (UAE), Lindsey Adelman (USA), Studio mischer'traxler (Austria), Nada Debs (Lebanon), Oeuffice (Canada), Paul Loebach (USA), Philippe Malouin (Canada) and Tamer Nakisci (Turkey). 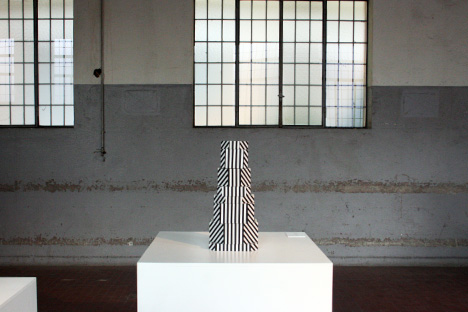 Milan's own Oeuffice created "Ziggurat" containers for the show, tapping the expertise of Lebanese craftsmen for the wood inlay of the architectural sculpture (Carwan's Bellavance-Lecompte and Jakub Zak are behind the collaborative effort). According to the designers, "the form evokes a simplification of traditional Muquarnas found in Middle Eastern architecture, and the inlaid ornamentation renders a new study of scale and an unexpected shift in direction of traditional pattern standards." The set of eight boxes comes in two color options (shown open below). 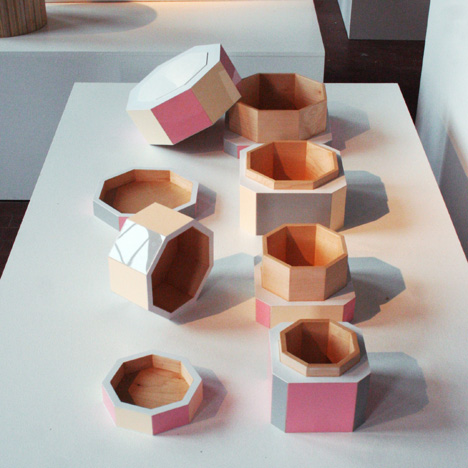 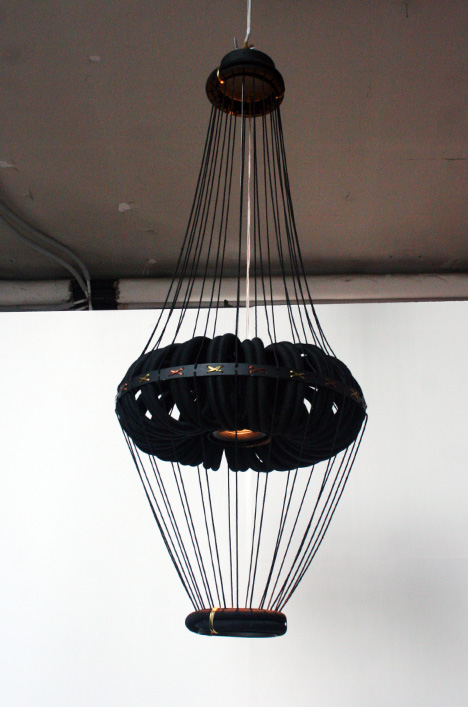 Khalid Shafar's "ARABI" chandelier is a modern pendant lamp composed from "circular handmade wool Egaals, the black headband[s] worn by men in the Arab region to hold the head cover." 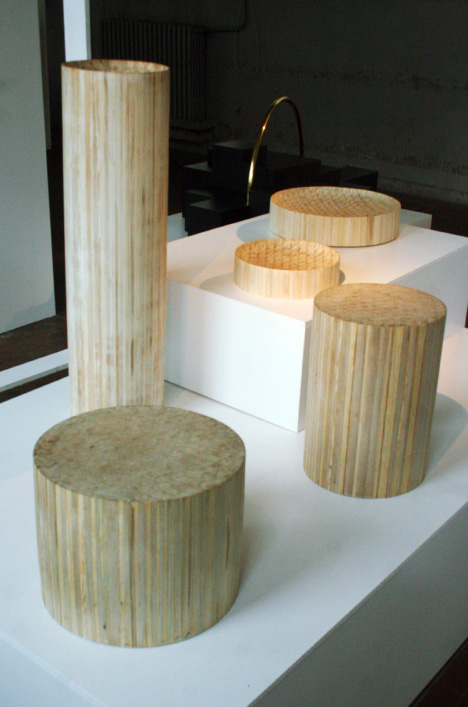 Philippe Malouin's "Extrusion" series includes bowls, a stool, a tray and a table. The distinctive pattern of each of the gorgeous objects comes from the intarsia process of assembling wood slats; the form is shaped with a lathe. Both techniques are "ancient crafts that originated in the Middle East around 1200 BC." 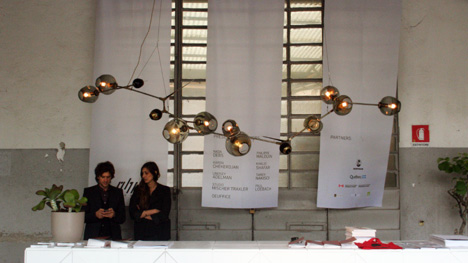 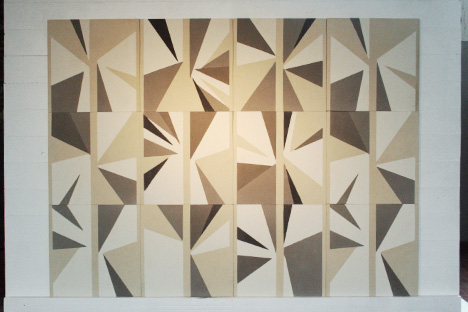 In addition to the all-but-iconic lighting fixture above the reception desk, Core fav Lindsey Adelman collaborated with "Lebanon's leader in handmade colored cement tiles, Blatt Chaya" to create a series of decorative "Refraction Tiles." "Each tile is hand-poured and polished with precision according to Blatt Chaya tradition, providing its unique quality and finish." 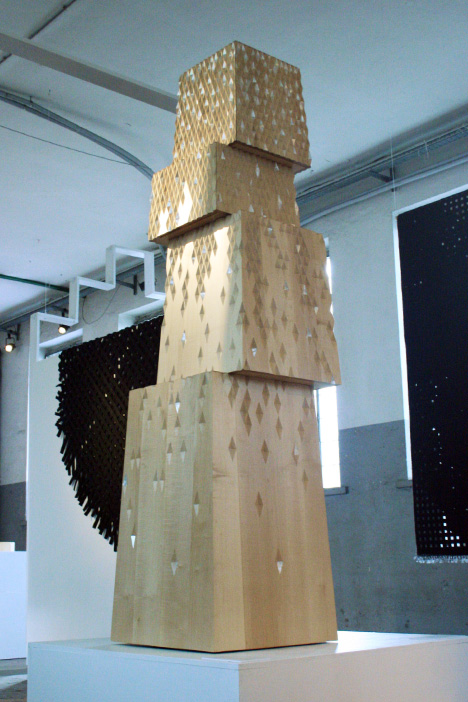 The "Fragmented Clock" by Nada Debs is a contemporary take on the grandfather clock, painstakingly produced by traditional craftsmen—four for carving the solid maple and another six to set the mother-of-pearl inlay—such that a total of 500 hours of work and 30kg of mother-of-pearl goes into the final product. 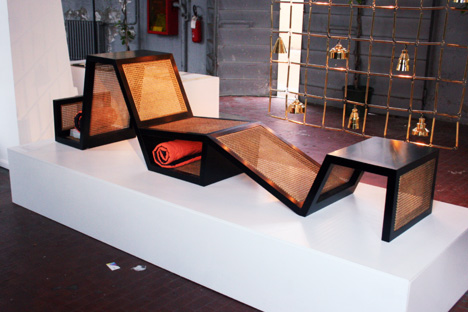 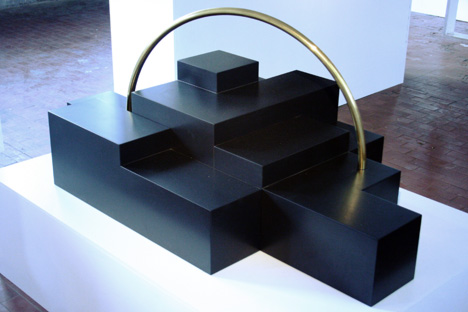 The designer hails from Beirut but currently lives and works in Milan, where she studied at Domus Academy. Her "Rainbow" table is also on display. 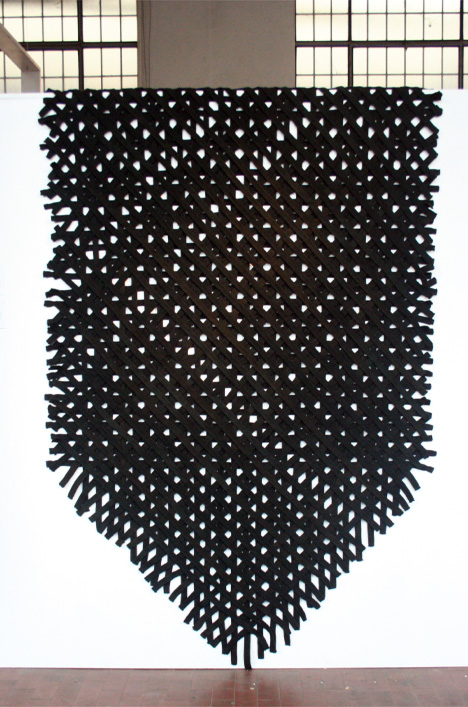 Tamer Nakisçi's "Shade Kilim" is a literal and figurative intersection of modern and traditional. The rug is composed of 185 pieces—measuring a total of 400 meters—of wool strips, hand-stitched in the designer's native Turkey. 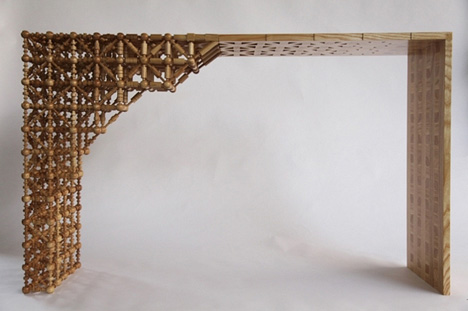 The name of the "Gradient Mashrabiya" sideboard by Studio mischler'traxler refers to the "delicate wooden window screens often found in Middle Eastern architecture." The final piece refers to its process through its dualistic form: each of the wooden elements in the lattice structure—650 in all—is lathed by hand. 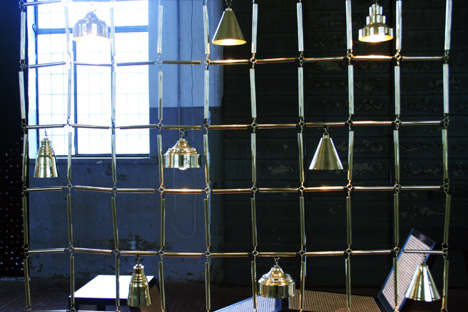 The "Wall of Light" by Paul Loebach is a sort of 'vertical chandelier,' inspired by the designer's travels to the Middle East, where he encountered the traditional oil lamp "in countless unique shapes and extraordinary configurations." A local Beirut metal shop used antique molds to cast the abat-jours, arrayed in a hanging, wall-sized fixture. 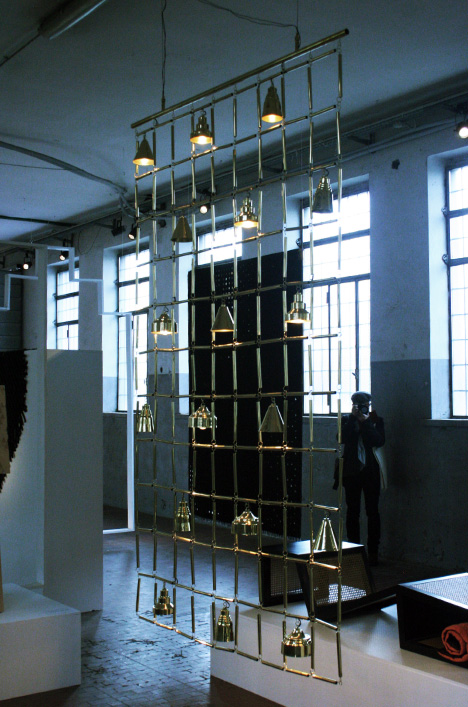 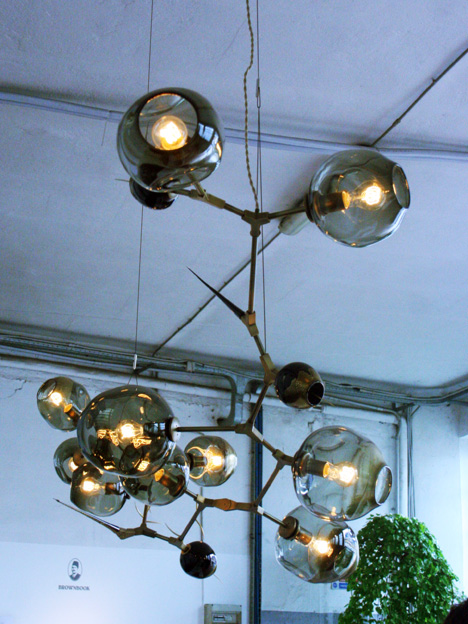