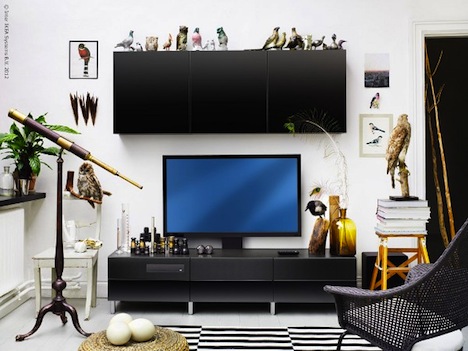 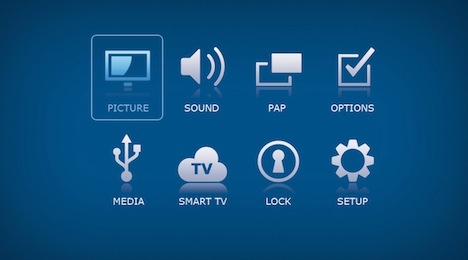 Much has been written already about the launch of IKEA's Uppleva TV furniture units, but few reviewers seem to have interacted with them.

About 10 of them were publicly shown—in a world premiere—at the IKEA PS show in the Lambrate area of the Milan Design Week event, in different colors, sizes, and furniture combinations. The event ended yesterday and the IKEA Uppleva website is expected to go online soon.

This post concentrates on the interface design—an area which has not been covered so far.

On Putting People First (the Experientia blog that I manage), you can also read more on the user research that went into the design.

The demo units in Milan were running a very advanced prototype software, but the interaction and product design provided an integrated and simple user experience, with only minor problems.

When comparing the Uppleva (which means "experience") with the Apple TV, Dave Smith says that IKEA has now set out a benchmark by "interpreting Steve Jobs' vision of an integrated television."

The Uppleva home screen has only 8 items—picture, sound, PAP, options, media, smart TV, lock and setup—and direct access to most of the areas is available via the remote control.

Icons are simple and clean: off-white on a blue background.

This theme comes through in all the screens, with the TV (or video) image being turned into a subdued blue-and-white background presence on the internal screens, as can be glimpsed on the screenshots here: 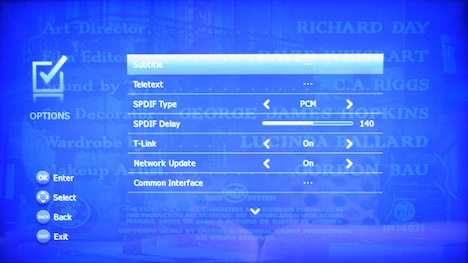 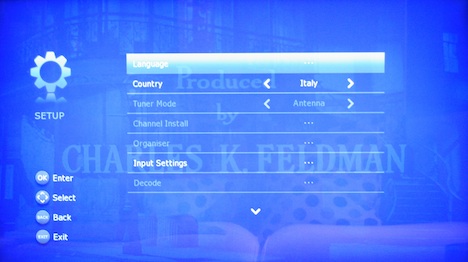 (Aside from the IKEA-supplied home screen shot, all other photos were taken by me, and this is the reason for the perspective and color distortions.)

The blue background makes it difficult to change the color and contrast settings, as you have to switch between settings and live image to see the effect, but other than that provides a calming and quiet visual experience, very different from the one that sometimes pervades in these types of interfaces.A full-blown Smart TV with hundreds of apps

The Smart TV interface screen is the most surprising, as it features hundreds of Uppleva ready apps. 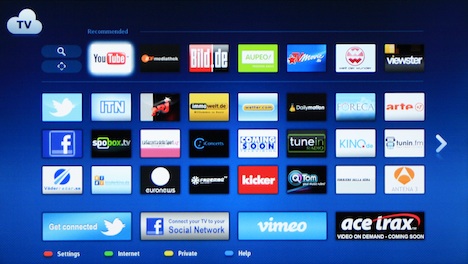 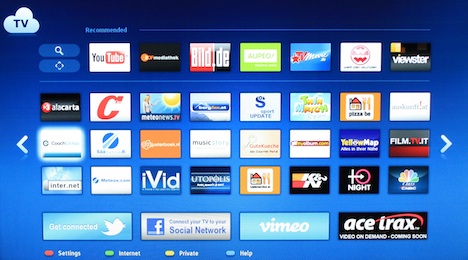 The icons are small and cleanly organized (as opposed I dare say to the Apple TV), and browsing from one screen to the next is simple and direct.

But also the apps themselves have gotten the Uppleva treatment: simplification to the extreme. 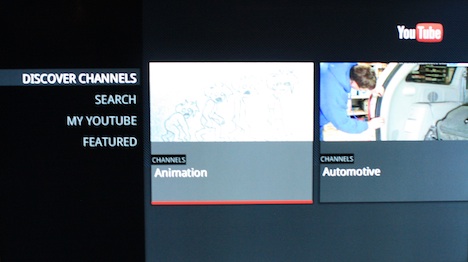 I viewed just a few, and here are some screenshots from Vimeo and the Italian sports site "La Gazzetta dello Sport": 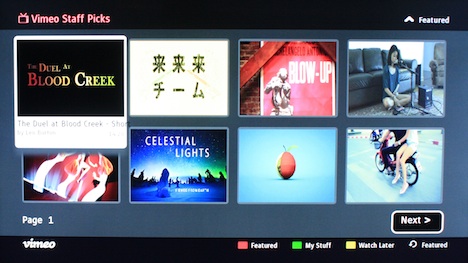 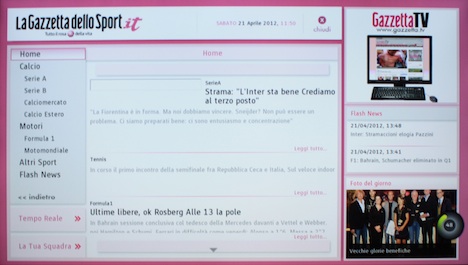 It is not clear if the Uppleva comes with its own app store, how the Smart TV screen can be customized, or if it is all a pre-constructed customer experience (that I presume will be regularly updated by the IKEA software developers).

There is however a full web search functionality built in. In the demo, all search screens were set to Google, but I was told that this is customizable. 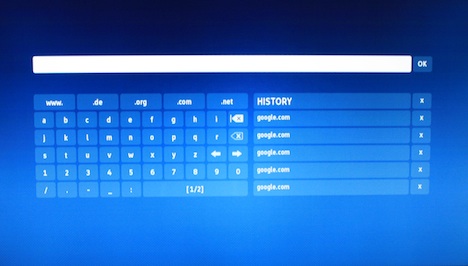 Rather than having to login to each app separately, IKEA relies on SocialConnect.TV (a service supplied by a Germany-based company) to provide single sign-on.

The marketing staff in Milan told me that the software was not Android based, but was purpose-developed.

Some mystery remains on who designed the interface: the press kit refers to Canadian (but Copenhagen-based) product designer Francis Cayouette and the WIS Design team of Anna Wallin Irinarchos and Lisa Widén—both product designers as well. No interaction or interface designers are mentioned.

Yet, a Microsoft staff member explained to my partner (Jan-Christoph Zoels of Experientia) at the Milan show that the interface was a further evolution of the Windows 8 Metro interface. I don't have any further confirmation on this.

The LED TV units are built by Chinese manufacturer TCL, which also makes TV's for Thomson (with whom it has a joint venture) and Samsung Electronics (more in this Washington Post article)

You will find Uppleva in selected IKEA stores in Stockholm, Milan, Paris, Gdansk and Berlin in June 2012. During autumn 2012 Uppleva is available in all of the stores in Sweden, Italy, France, Poland, Denmark, Spain, Norway and Portugal, and during spring 2013 in the remaining markets.