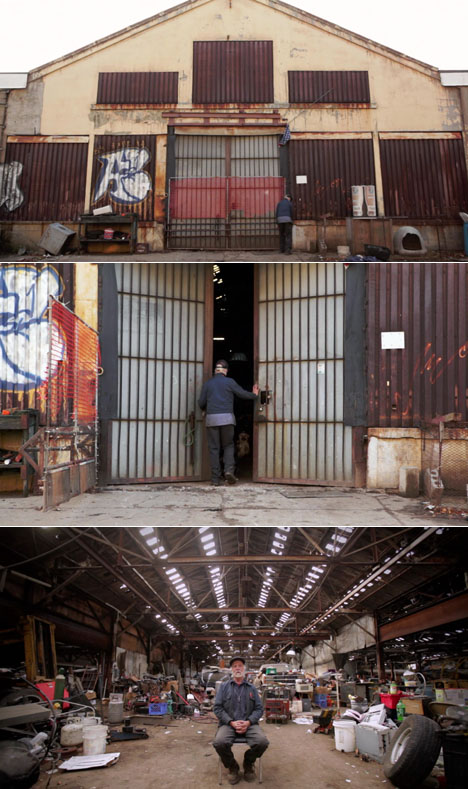 Here's a couple of odd twists on American housing. First we have U.S. Governors choosing not to sleep in the lavish mansions provided for them by the state. On the opposite end of the spectrum we have handyman Allan Hill, who has elected to live in the world's largest abandoned factory.

The Packard Automotive Plant in Detroit opened in 1907, and until it shut down in 1958, it was considered one of the more advanced car factories in the world. The 3.5-million-square-foot structure is now a junk-filled ruin, and you'd be surprised to learn a human being lives inside, legally and all by himself. Here's Hill's story:

The short doc is part of filmmakers Ben Wu and David Usui's "This Must Be the Place," a series of shorts exploring the idea of what constitutes a "home."