Louis Rensch Turns the Anglepoise Lamp on Its Head (Literally) 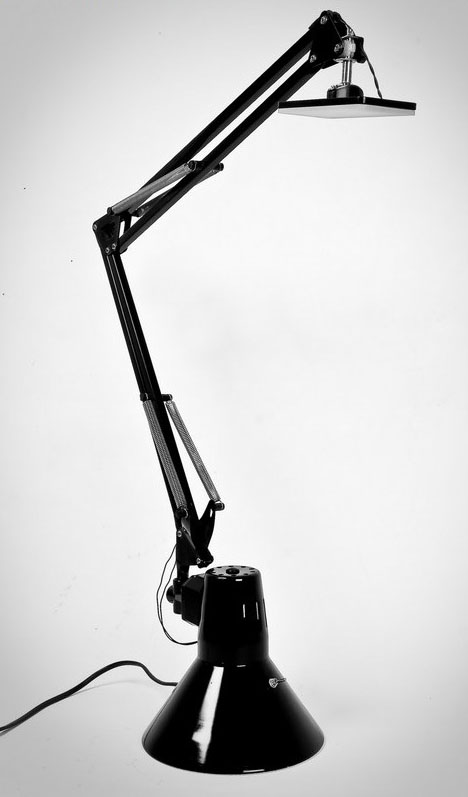 As we unraveled the story of the Anglepoise (here's parts 1, 2, 3 and 4), the iconic and influential desk lamp designed by George Carwardine, it occurred to us that someday someone would update it with LEDs. But we never expected design student Louis Rensch's take on it: In a clever expression of how LEDs can conform to the flat shapes a conventional bulb can't, Rensch literally turns the Anglepoise upside-down. 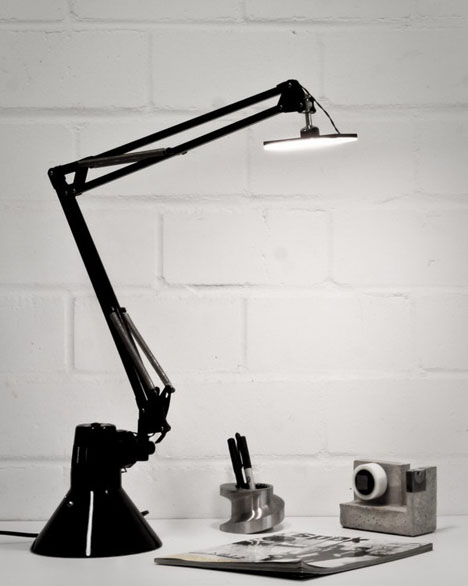 The lunar lander shape of the original head, shaped that way to house a bulb and fixture, is now freed from that task and can rest at last; and after eighty years, the flat base can finally take on the lamp's key role.

Louis Rensch Turns the Anglepoise Lamp on Its Head (Literally)