For One Class of Architecture Students at the RDAFA, It's One Chair a Week 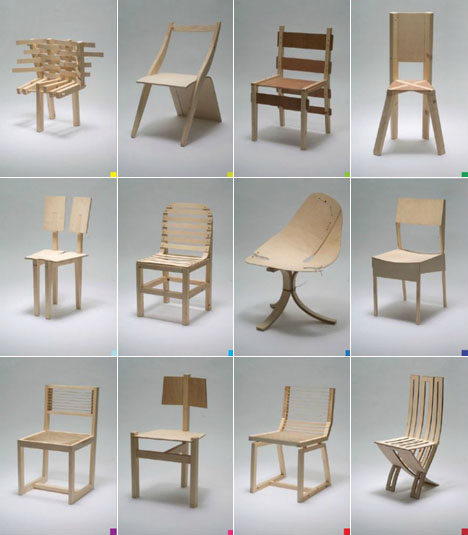 "There is no way to understand making, other than going through the process of making," writes Anders Brix, Head of Studies for Architecture, Design and Industrial Form at the Royal Danish Academy of Fine Arts. To that end, a class of fourth-year students led by associate professor Nicolai de Gier were tasked with making chairs. Lots of them. Specifically, each student would have to physically make one chair every week, for the duration of the five-week course. 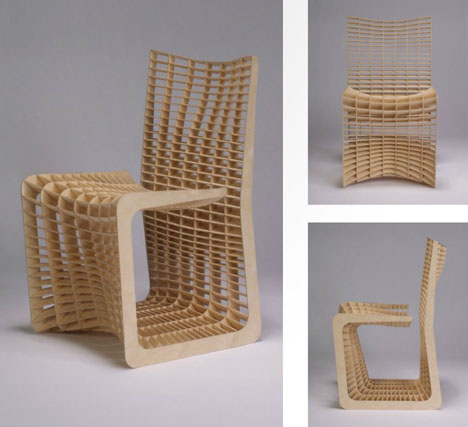 What we love about this is the gradual way the assignments were unfolded—for example Week 1 they could use only slats to build a chair, Week 2 they could use slats and plywood, Week 3 was only plywood, and so on—and the great variety produced within these gradual steps.

Writes de Gier,There can be many approaches to designing a chair. Typically students start out by making sketches, drawings and models before making final full-scale prototypes. Usually the period of time spent on the small-scale explorations expand to leave only a limited and flustered period of time to develop full-scale pieces. Many of the limitations of the design are not actually encountered until the full-scale chair is constructed. In recognition of these concerns, we were very interested to explore possibilities to speed up and intensify the design and realization process. For us, it was extremely important to have some physical material at 1:1 scale to inform a series of ongoing discussions in the studio, to improve the skills in the workshops and to develop a synthesis between the material, the tectonics, and the form of the chair.We decided to make an experiment and asked ourselves if it was possible to make one chair per week? It was our hunch that this could set up a productive rhythm of investigation and experimentation concentrated around the act of making.

The end tally was 78 chairs total, so while some students apparently came up short, I think it's safe to call the experiment a success.

You can see all of the chairs here.

For One Class of Architecture Students at the RDAFA, It's One Chair a Week