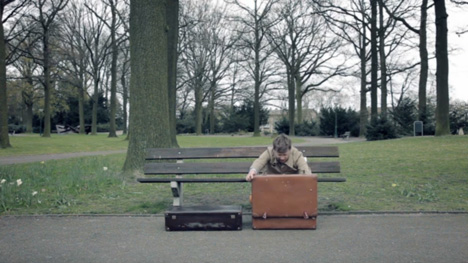 Ok, so technically it takes up two suitcases... but, considering that the entire apparatus fits neatly into a pair of mismatched vintage valises for one-man portage, you get the idea. 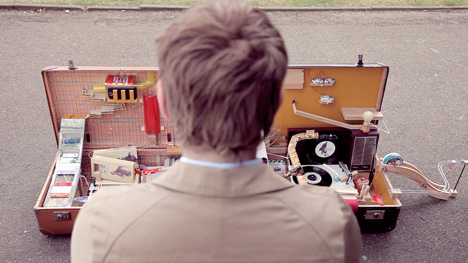 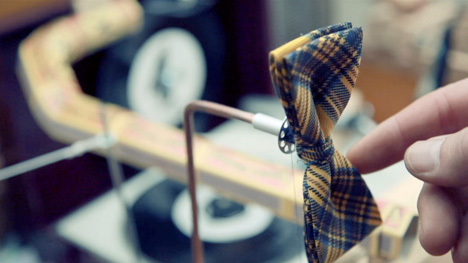 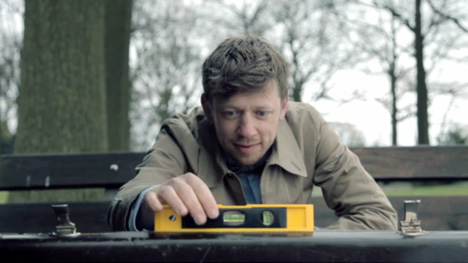 Of course, it's not the first time we've seen one of these elaborate contraptions from Eindhoven design studio HeyHeyHey; in fact, their latest effort takes the same name as their last, "Melvin the Magical Mixed Media Machine," albeit with an apt appellation of its own. When we built our first Melvin late 2010, we built it BIG because it needed to entertain loads of people all at once. After its initial (online) success, a lot of people, companies and festivals inquired about its availability to do a show. After some phone calls and e-mails back and forth the conclusion was always the same: Melvin was simply too big and expensive to rebuild.

Early 2012, we had some time to spare and we felt the need to challenge ourselves once again, so we set out to build a new Melvin. This time around we could determine our own boundaries and that's why we decided to build a travel version that 'sends' its own postcards and interacts (in some way) with the people around it.

In short, this new Melvin is a Rube Goldberg machine specifically built to travel the world, and let's be honest, we like the idea of going with him whenever and wherever we can. 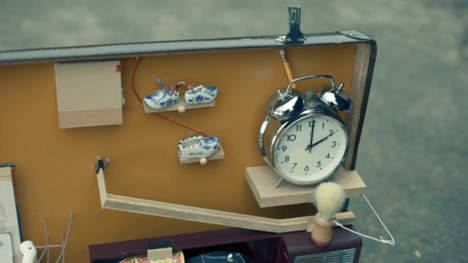 The film for "Melvin the Mini Machine" is something of a slow build, but I'd recommend watching it in full:

Unfortunately, it's hard to tell if the episode was shot continuously—i.e. if Melvin went off without a hitch—and whether the setup is as simple as the quick edit suggests (photos from the shoot suggest otherwise)... because we all know that portability is the main criteria for today's jetsetting would-be Da Vincis. 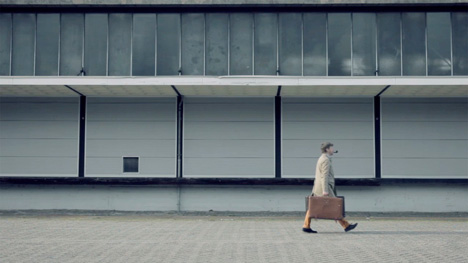