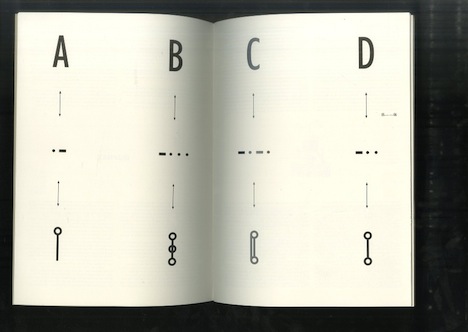 The sophistication of Scott Langer's graphic design work belies his age. At just 22-years-old he's a graduate of Art Center College of Design, a program that traditionally attracts older students and weeds out the young and unready. During his undergad, Scott studied at The Gerrit Rietveld Academie as part of a student exchange, interned for Project Projects in New York and, during his last two semesters, freelanced for Marc Atlan Design. In the Fall he'll begin his MFA at Yale. 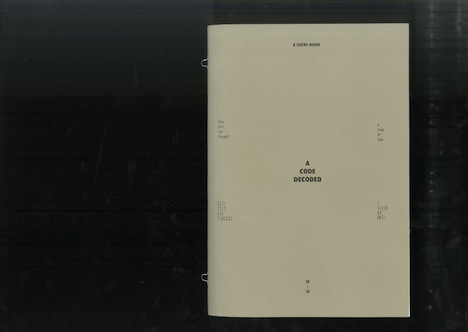 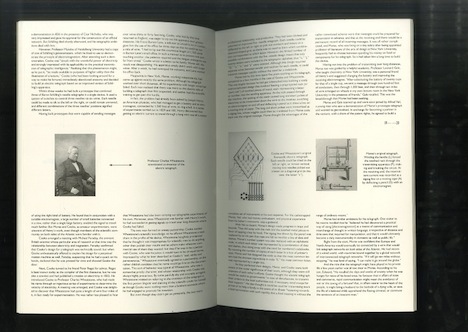 One of the things I most appreciate about Scott's work is that once you get past the elegant and refined composition of his books, the content is equally as considered. Instead using any old text lying around to apply graphics too (yes, this is a common student practice), Scott chooses content that informs his typographic choices. For example, both the booklet and the typeface developed for "A Code Decoded" explore how telegraphy was a precursor to the text or instant message.

"I was interested in looking at how problems were solved in the telegraphic network and how those solutions could relate to the Internet. This resulted in the development of a typeface that restored Internet privacy through the use of a cryptographic code. The code is interspersed with the story of the telegraph and the Victorian Internet. As the story progresses parts of the typography are replaced with the code and by the end it is entirely in the code typeface, forcing the viewer to learn the code to understand the text." 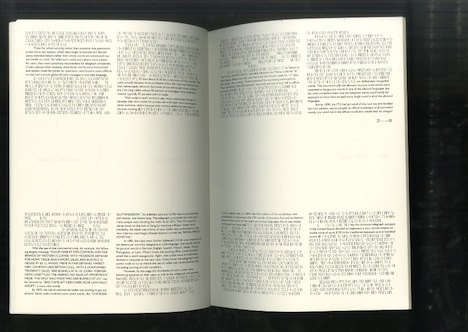 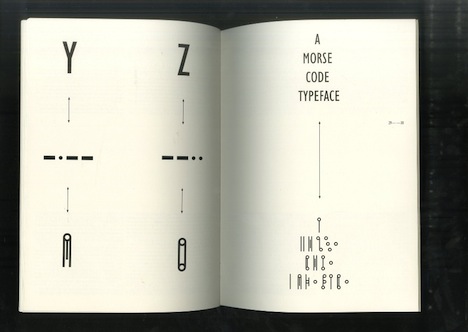 Scott's other projects include a book of Gil Scott Heron's poetry, a redesign of Actions & Consequence: A Civil Disobedience Handbook (lovingly dedicated "to everyone") and a "micro-identity" project about Takashi Amano, "one of the most influential people in the freshwater aquascaping community." Yes—aquascaping. Amazing, right? Scott uses Amano's ideas about spatial relationships in his web and print design. 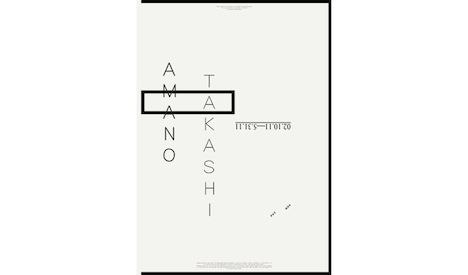 "Takashi Amano's style uses the Japanese aesthetic concepts of Wabi-sabi, which focuses on transience and minimalism as sources of beauty, and Iwagumi, which sets rules governing rock placement. In the Iwagumi system, the Oyaishi, or main stone, is placed slightly off-center in the tank, and Soeishi, or accompanying stones, are grouped near it, while Fukuseki, or secondary stones, are arranged in subordinate positions.

"For this micro-identity I used Takashi Amano's aesthetic concepts of Iwagumi and Wabi-sabi as design a design methodology that allowed me to capture the ethos of the work while maintaining a unique visual language without reducing the work to pure mimicry or pastiche."

See more of Scott's beautiful work on his website, or better yet, commission him now before he heads off to Yale for the next two years.