Our friends at Brooklyn-based consultancy Pensa have worked with the likes of Johnson & Johnson and McDonald's—not to mention ID idols OXO—but their multidisciplinary team has still found time to come up with independent projects such as the "DIWire Bender." The DIWire Bender is a rapid prototype machine that bends metal wire to produce 2D or 3D shapes.

Simply draw curves in the computer, import the file into our software and press print. Our software can read vector files (e.g., Adobe Illustrator files), Rhino or Wavefront OBJ 3D files, text files of commands (e.g., feed 50 mm, bend 90° to right...) or pure coordinates (from 0,0,0 to 0,10,10 to....). All inputs are automatically translated into DIWire motor commands. During the print, the wire unwinds from a spool, passes through a series of wheels that straighten it, and then feeds through the bending head, which moves around in 3 dimensions to create the desired bends and curves.

What could you use a DIWire for? Wire models are often needed in design, whether they are for furniture (chair leg scale models) or housewares projects (wire baskets) or even engineering parts (custom springs). But why stop at prototypes? The machine can read any data, why not output artwork from a random number algorithm, or internet data like stock prices and weather stats. You can create mass customized products, like eyeglass frames that fit, or be a street vendor printing jewelry from a person's silhouette, on demand. And it doesn't have to be aluminum wire; in principal the machine could bend other materials, including colored electrical wires, some plastics, memory metals, even light pipes to create small light forms. And if you don't like the output, it could be configured to pass the bent wire through the straightener to start again. 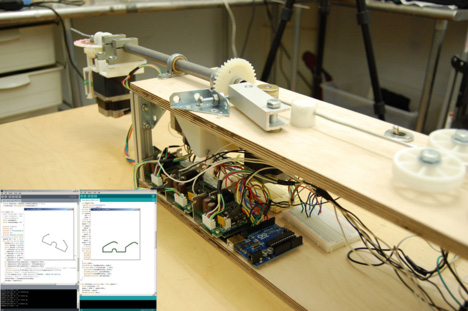 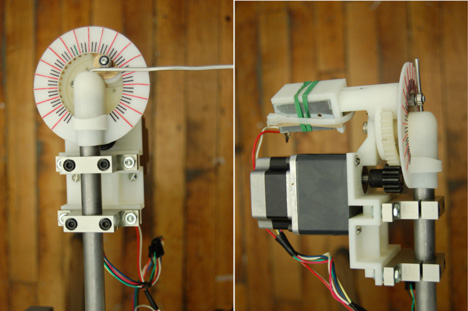 The DIWire Bender is Pensa's answer to the rapid proliferation of other rapid prototyping technologies, such as 3D printers and CNC machines; indeed, the tabletop device is a variation on the latter.In recent years, 3D rapid prototyping machines have gone mainstream. And we've been excited to see 3D printers spreading beyond businesses to individuals, with the aid of a little DIY ingenuity (e.g., Makerbots, RepRap, etc.). All these machines work on the same principal—to create a form, they split a volume into thin slices, and build up the form by printing a layer of material and bonding it to the next. The main difference between the build technologies (SLA, SLS, FDM and others) is the material and the bonding methods.

But there are times when we need to output lines in space rather than volumes. Most 3D printing technologies are not well suited for printing thin lines because the materials are weak, the machine uses a lot of 3D-print support material, and the process is slow. The closest thing to a machine that can output lines is a CNC wire bender, but these machines are used almost exclusively for mass production in factories. They are not used for rapid prototyping because the equipment is large, expensive and takes trained personnel to run. So, we decided to make the DIWire Bender. 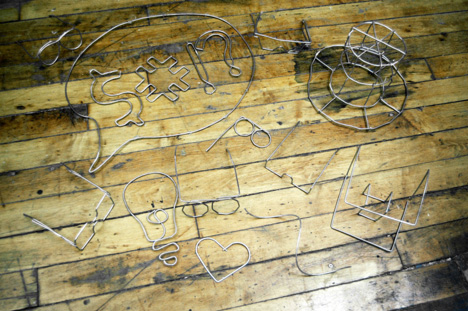 The concept, then, is fairly straightfoward, but it still makes more sense when you see the video. The first clip shows the machine producing a simple 'pound' sign, as well as a fairly complex distended helix:

The narrative clip is also worth checking out, to see the stylus (is that what it's called?) reverse direction at 1:24, if not for the riveting storyline:

Check out Pensa's blog for more info and updates! 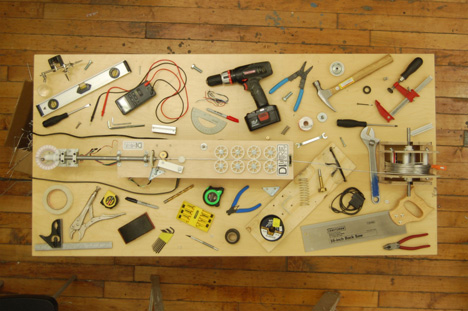