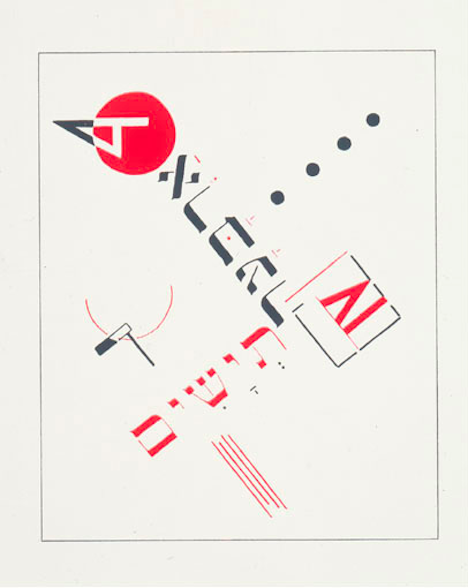 Ecstatic Alphabets/Heaps of Language, which opened at MoMA this Sunday, is a survey of text-based art over the last sixty years. The exhibition is divided into two parts, beginning with the Modernists in te 50s and concluding with twelve contemporary artists, including Tauba Auerbach, Kay Rosen and Paul Elliman. The new crop of artists that use type in sculpture, photography, video and installation are a fine testament to the enduring legacy of typography, but the earlier group of Dadaists and Futurists address letterforms in what strikes me as a purer way—in their raw form. Both groups are playful, but the Modernist work still seems more experimental, even today. 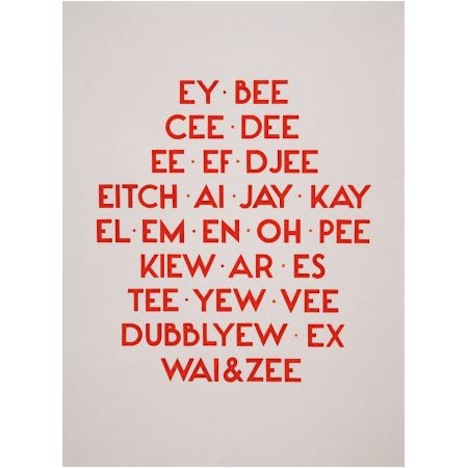 Exhibited chronologically, as they are, it's difficult not to compare the two. I appreciated Tauba Auerbach's tongue-in-cheek "All the Punctuation" (2005)—a piece of paper with every punctuation mark typed one on top of the other until they become a muddled splotch—as well as her piece "How to Spell the Alphabet" (2005), which spells out the letters of the alphabet phonetically and gets you to consider the sounds of single letters in a whole new way (above). But I'm an unabashed sucker for letterforms printed on plain paper, and the Modernists, with their strikingly bold, nonsensical typographic compositions, may do it better than anyone, with exceptional examples by Raoul Hausmann, Christopher Knowles, Liliane Lijn, El Lissitzky, Filippo Tommaso Marinetti and Henri Chopin. 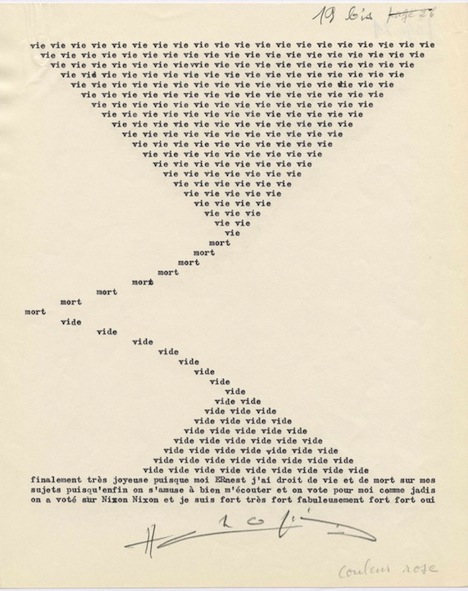 Chopin, who was a poet as well as an artist, experimented in both sound and print, referencing the importance of oral traditions in the evolution of language. He published several books and created OU, a review that featured contributors like William S. Burroughs, Francois Dufrene and Raoul Hausmann. His work has been called "a barometer of the shifts in European media between the '50s and '70s." The exhibition featured two of his humorous typewriter poems (also known as dactylpoemes), both titled "La Crevette Amoureuse" (1967-1973), which roughly translates to "The Shrimp in Love." 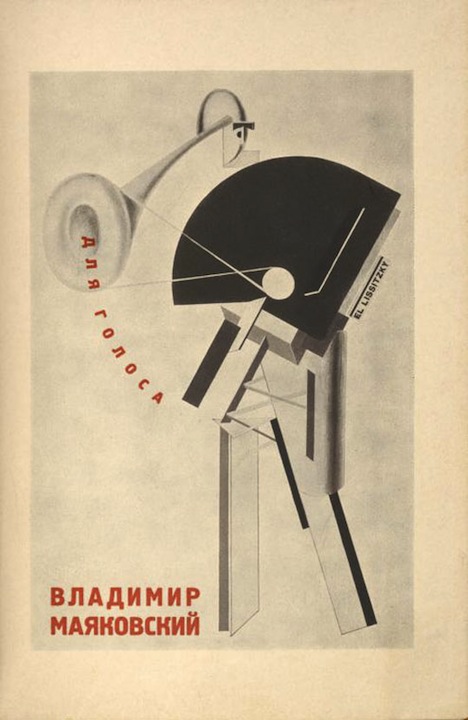 El Lissitzky, another standout in the exhibition and one of my favorite graphic artists, was a bit older than the rest of the Modernist crowd, and his work reflects the earlier Constructivist and Bauhaus movements. He had a huge influence on graphic design, from the Modernists to designers working today. He worked in architecture, advertising and, of course, print media, producing "radical innovations in typography and photomontage." He was a particularly prolific book designer and commented "In contrast to the old monumental art [the book] itself goes to the people, and does not stand like a cathedral in one place waiting for someone to approach . . . [The book is the] monument of the future." 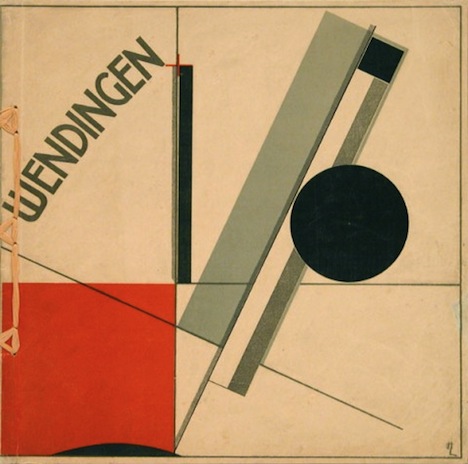