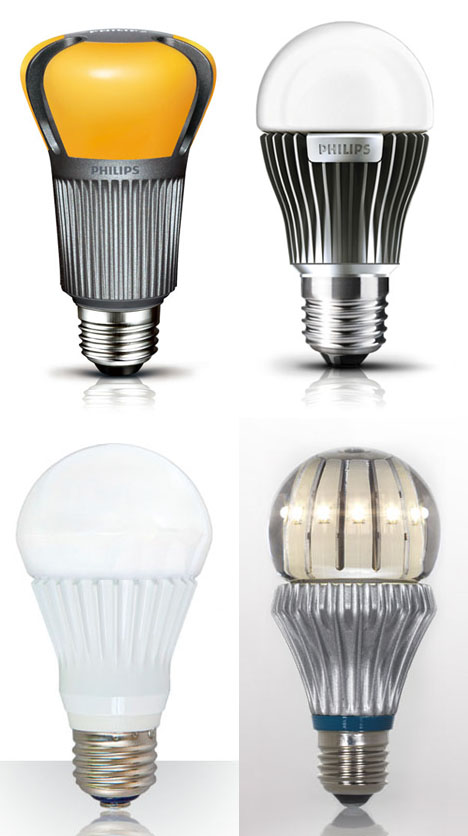 While announcements of new LED bulbs are becoming humdrum, their external designs, pleasingly, are not. We're digging the rampant stylistic differences each manufacturer comes up with as they incorporate crucial cooling elements into the same vaguely bulb-shaped form factor. Initially this yielded Machine-Age-like fins in tight configurations (above), which remind us of old air-cooled motorcycles; Alessi then broke out of this (below) with signature quirkiness, shaping fins and slits to their design whims. 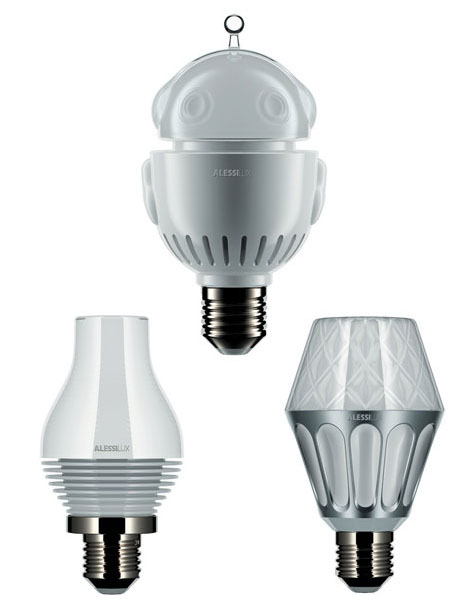 The latest offering comes from GE, and they've eschewed the tight metal fin configuration—though not gone as design-ey as Alessi—with their new Energy Smart A-19 bulb:

The odd-looking configuration isn't for style: Those widely-spaced fins are part of a new technology from a collaborator called Nuventix. The latter company's innovation is "synthetic jet technology," which consists of an air-moving, internal oscillating membrane that serves as an alternative to a fan. Unsurprisingly both companies are mum on exactly how it works, but the end result is that the bulb's shape is permitted to flare outwards more than the competition's, allegedly resulting in a more omnidirectional light. 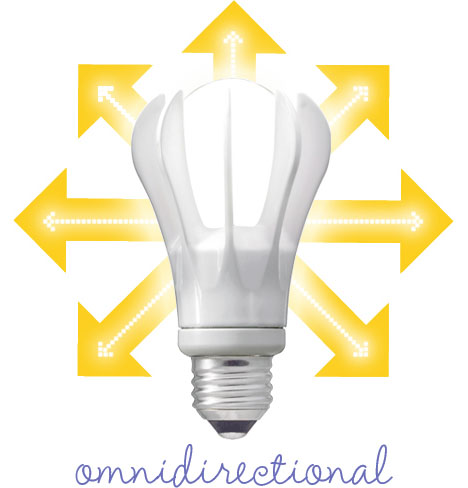 And the fins themselves, of course, do not impede the light during illumination. 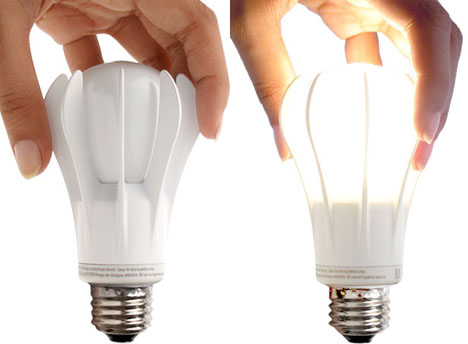 The GE/Nuventix bulb was announced to the press this week, though no firm release date has been named.