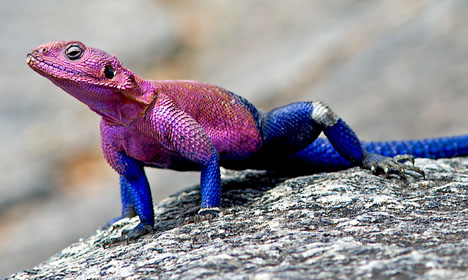 Dr. Robert J. Full is a professor at UC Berkeley's Department of Integrative Biology, and I guarantee that his job title doesn't prepare you for what he actually does. "My primary interests reside in the area of comparative biomechanics and physiology," he writes. "[My research program seeks] general design principles for species which have evolved different solutions to the problems of locomotion and activity in general."

One of those species is that lizard with the bad-ass coloring up above. The Agama lizard, as it's called, has a very long tail: 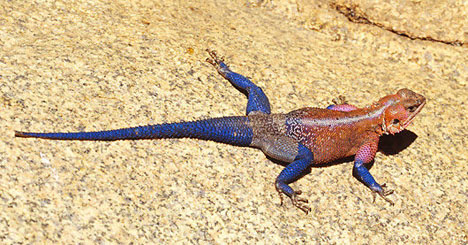 Full's research observed something surprising about how this particular lizard uses its tail, and realized it could be adapted for a wheeled robotic vehicle needing to pull some crazy stunt-type maneuvers. This video will show you what we can't in photos, and be sure to check out the slow-mo at 0:45. (You'll also catch a glimpse, at 2:28, of what I consider to be a terrifying cheetah-based robot by DARPA and Boston Dynamics.)

TED devotees may recognize Professor Full's name from previous years' TED Talks he's given on animal movement, engineering and animal evolution, and the tail of Agama cousin the gecko. You can see those here, and you can learn more about Full's research at UC Berkeley's Poly-PEDAL (Performance Energetics Dynamics Animal Locomotion) website. 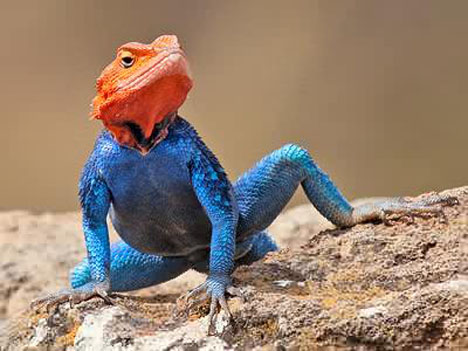