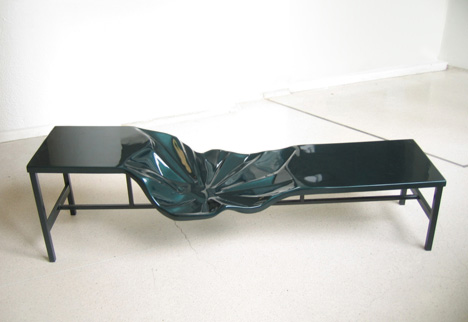 Paris's Outdoorz gallery is pleased to present the "Crash" bench by London-based designer Liliana Ovalle. The piece takes its form and name from a particularly lofty kind of natural disaster:What happens when a force of nature changes the visual aspect of a design? Liliana Ovalle illustrates with finesse, that the unrehearsed, and uncontrolled can add impact both visually and emotionally to a design.

Crash is just such a piece. The sleek and perfect lines of the bench have been transformed by an unexpected impact which has imposed a new reality, a new way of being and created an outstanding piece of design. 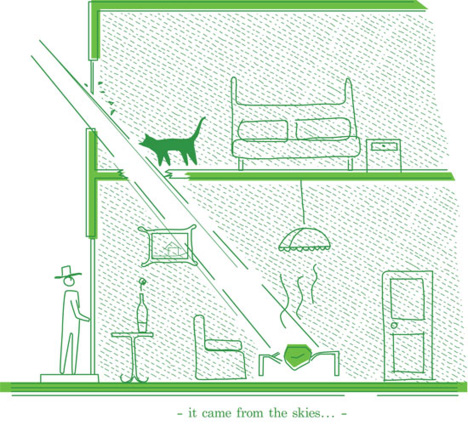 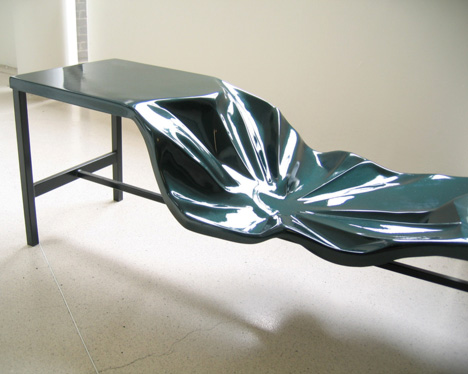 Still, I must admit that the smooth lines of the crater-like indentation reminded me more of Danah Al Kubaisy's "D-Bench" (probably because I'd seen the particularly inimitable form recently at the Salone) than, say, Ezri Tarazi's process-centric "Free Fall" chair. 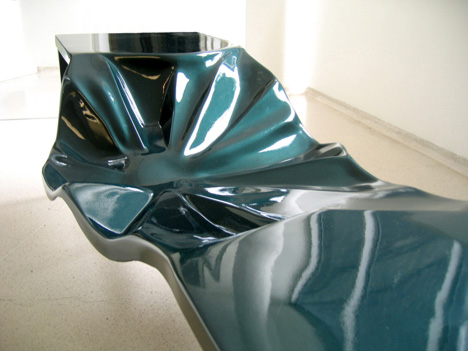 Nevertheless, it would be unfair to dismiss either (or any of the three) chair as contrived as compared to the other as a truly compelling original idea. Rather, I'd say it's more a question of taste... or maybe neither one is as impactful as the concept behind it.