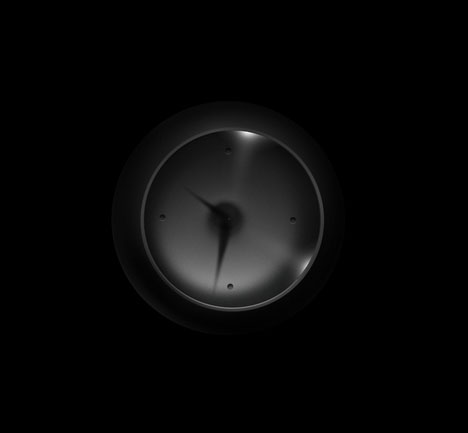 To design a new clock, Roshan Hakkim made two observations from the past, one from his own and one from human history's. The first was that "As kids we were always amazed by the change in our shadow lengths according to the sun position," he writes. The second was that ancient humans used the position of the sun and shadows to create sundials, the first time-telling devices.

Inspired by these things Hakkim, a fifth-year ID student at India's DSK International School of Design, came up with the Umbra clock. (That's the name of the clock, by the way, and no connection to the Canadian manufacturer.)

The [Umbra] clock works on the principle of shadow and lights.... By using TWO LIGHT sources which creates TWO SHADOWS, time can be communicated by altering the shadow length. 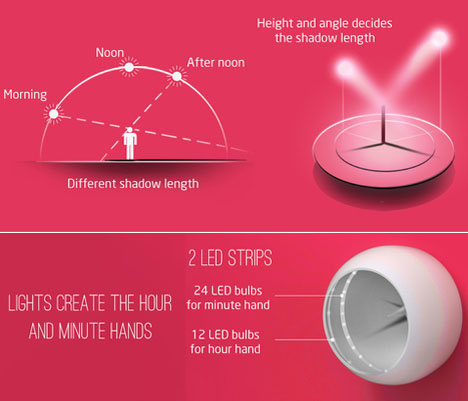 1. Inner Strip - 24 LEDs. Projects minute hand shadow as it is the nearest, hence a longer shadow. 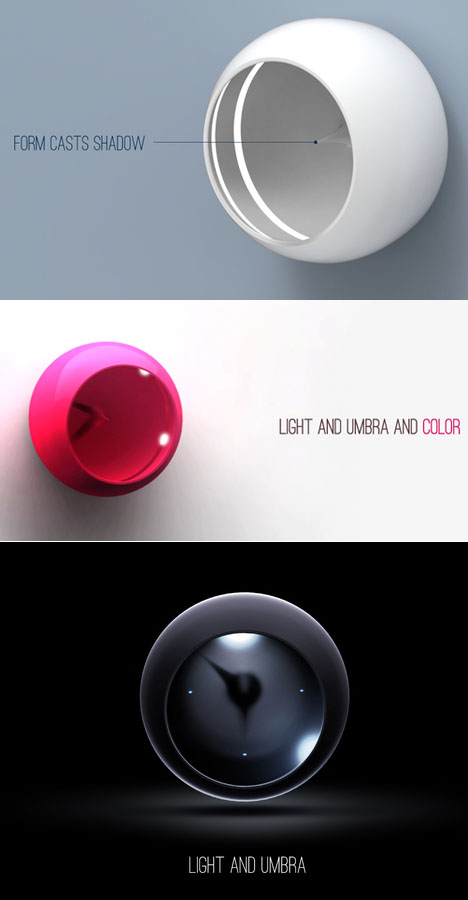 UMBRA visually defies the language of a normal clock. Its not a flat block which fits onto the wall. It has a volume and a poetic approach to it. It could be placed vertically or horizontally as it has a layer of gecko tape behind.