If you thought Field Notes, the now famous 48-page memo book, was just another Futura-fueled riff on retro design, you obviously never read the statement on the back flap. "Inspired by the vanishing subgenre of agricultural memo books, ornate pocket ledgers and the simple, unassuming beauty of a well-crafted grocery list, the Draplin Design Co., Portland, Oregon—in conjunction with Coudal Partners, Chicago, Illinois—brings you "FIELD NOTES" in hopes of offering "An honest memo book worth fillin' up with GOOD INFORMATION."

Draplin Design Co. is the brainchild of Aaron Draplin, a thoroughbred American who's serious about graphic design and how it's evolved over the past century, especially when it comes to everyday items for everyday, working people. After two decades of trawling to swap meets, flea markets, yard sales and antique fairs for gems of Americana (otherwise known as junking), Draplin has amassed an incredible collection of old memo books, simple, saddle-stitched pocket books that were once given as freebies to farmers and those in the agricultural business to advertise products like feed, tools or machine parts. 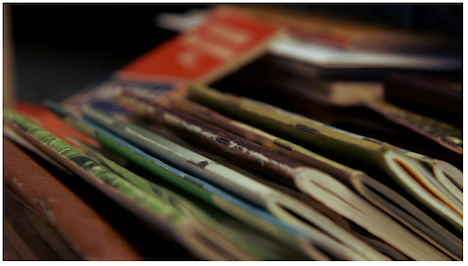 Draplin wasn't only interested in the books as ephemera, he wanted to know who designed them, who printed them and who stitched them together. He describes them as "purely utilitarian and free of anyone attaching anything cool or uncool or ironic to it...Some are really colorful and others are really, really spare. They're all different, so I want to think that someone was actually going through and laying every little bit and piece out." 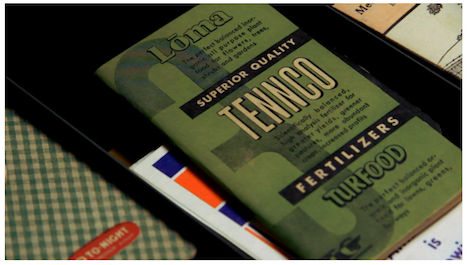 Even though Draplin now owns hundreds—maybe even thousands—of these little books, he still gets legitimately excited about minute design choices. "Look at that!" he says, opening the back cover of one of the books in his collection. "A majestic spread of Windsor Nova Scotia, where Colonial Fertilizer was from!" Since the success of Field Notes, Draplin has come to realize that he's not the only one who can get that enthusiastic about a Canadian fertilizer brand that's long gone out of business, so he and a small group of fellow tiny notebook lovers are scanning and compiling every single one into a massive online archive. Because to Drapler, these aren't just old used-up notebooks, they're the embodiment of "regular people working really hard." 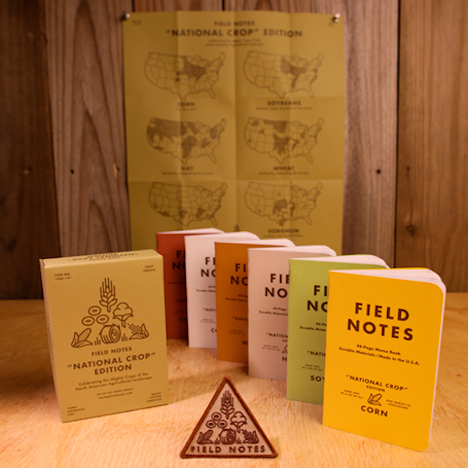 To commemorate all that hard work (and all the hard preservation work Drapler is doing now) Field Notes released The National Crop Edition of memo books for Spring 2012. The boxed set comes with six memo books "chock full of information about American corn, soybeans, hay, wheat, cotton and sorghum."