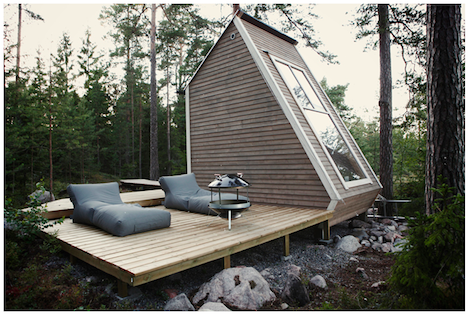 In Finland you can build a house without a permit as long as it's no larger than 128-square-feet. Needless to say, most people just get a permit. But in 2010 Robin Falck actually designed and built an itsy-bitsy Finnish dream house in the woods, a project he fantasized about and finally pursued because, according to Falck, "my military service was approaching and after sketching and calculating it seemed so possible."

After consulting a few architects, Falck began construction in early June, and after just two weeks "the only thing missing was a window and door, which arrived a couple of weeks later." The house, which Falck calls Nido (Italian for 'birds nest') is a mere 96-square-feet with a 50-square-foot loft bedroom. A large window spans the two stories, letting in tons of natural light and affording a full view of the sky at night. And since Nido sits on a lakeshore there are spectacular day time views as well.

Unfortunately, tight after Falck built Nido his military duties kicked in, and it was a full year before he was back and able to finally enjoy all his hard work. If you're wondering how much it all cost, the answer is: very. "I was surprised how affordable the whole project was," Falck said. "Most of the materials are recycled and I haven't really calculated how much it finally cost, but the ballpark figure is something like $10,500 plus the man hours." 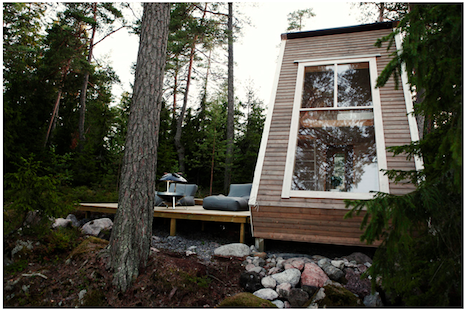 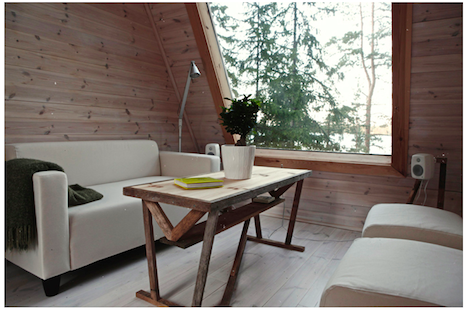 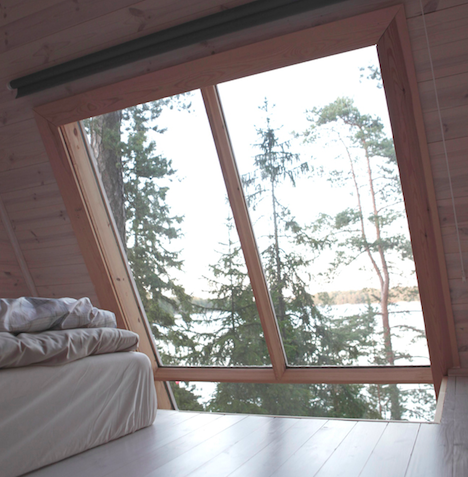 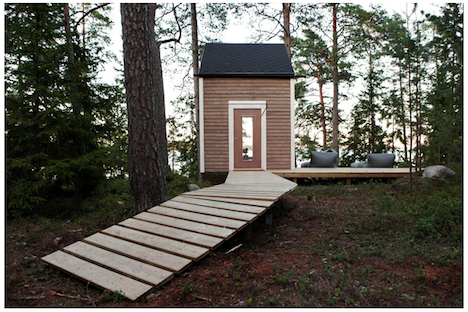