It's a myth that nobody in Los Angeles walks. A lot of people do, but they're often overshadowed by the city's glamorous car-obsessed image. Over the years, Los Angeles is taking a step forward towards a walking revolution.

Already, the city is being inundated with several Measure R-funded transit projects that will extend a number of metro lines to connect diverse neighborhoods. Los Angeles is primed for change and wants to be unshackled from its automotive chains.

In recent news, Los Angeles is hiring two pedestrian coordinators to help the Department of Transportation to develop a pedestrian masterplan in the city. That's an amazing feat for a city that's always prioritized its cars more than its people.

Alongside this piece of news comes the resurgence of Los Angeles's first-ever citywide pedestrian advocacy group Los Angeles Walks founded by urban designer Deborah Murphy in 1998. Murphy, along with Alexis Lantz, Jessica Meaney, Alissa Walker, Colleen Corcoran and Michelle Craven, revived the group under the umbrella of the Los Angeles County Bicycle Coalition in support of walking in Los Angeles. Core77 talks with Murphy to ask how much would it take to design a walkable city. Apparently, a lot.

Core77: How did you start with walking as an advocacy?

Deborah Murphy: Over 30 years ago, I started working in downtown after I graduated from UCLA. At first, I drove and then I realized "I can't do this. I have to take the bus." I would walk a quarter mile from my house, get on the bus and get off a couple of blocks from my office. The experience was so great, I bought bus passes and bus tokens for everybody in my office, so they could do the same thing. I thought, "You guys are going through the same thing nightmare I went through, so why would you do that?"

When you're doing that much walking, you start to notice that even if it's a walkable neighborhood, the drivers weren't walk-friendly. Constantly, I was in this situation where I was at an unmarked crosswalk location at an intersection trying to cross the street and people trying to nail me going 50 miles an hour. It then became a real issue for me to do something about this.

Los Angeles Walks isn't a new organization. It started back in 1998. Why did it fizzle out in its previous iterations?

My reason for wanting to go there was the Missing Person's song lyrics, "nobody walks in LA." I said, "Yes they do." We just need a better way to do it and we need respect and all the rest of it.

When I left the Department of City Planning in 1998, I decided I was going to establish a pedestrian advocacy group. I was able to use the Surface Transportation Policy Project is a kind of mother organization and, at the time, 50 or 60 people would come and meet me at the Melendrez office (where I worked) to talk about issues. It was great, but people started flitting away. It became, "Great idea! Deborah, you do that! Deborah, you do that."

So, why does the pedestrian movement have more traction now?

First, the media is more consistent now. Second, there's a broader media. We're not just relying on the Daily News. Los Angeles Times and LA Weekly. There's blogs and people are really tied into that.

Bicyclists and pedestrians are now working together. In the past, the pedestrians and cyclists were on opposite sides, the Green LA Coalition was a place where those differences were bridged. The other part that's really different is that I was super odd 30 years ago to be riding a bus. I had a car 30 years ago, but I just left it at home. All my friends thought I was insane. Everybody thought I was insane.Now, your generation is much more welcoming to multimodal transportation than a lot of people in my generation.

People talked a lot, people didn't walk a lot, especially in the design community. My fellow professionals were the ones coming to the original meetings. They were on board with the ideas, but they didn't live it themselves. They weren't threatened everyday stepping off the curb because they weren't in their cars. Even though I could talk about it and I could sympathize, they really didn't feel the urgency. I see the big difference because a lot more people are on their bikes. They're walking; they're not in their cars. 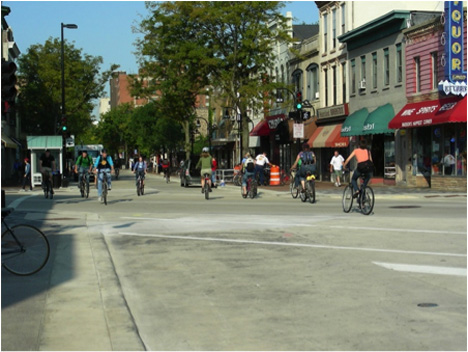 How did cyclists and pedestrians get on the same side?

We're winning now because we're actually getting a piece of the road. We're taking space away from cars. Cyclists and pedestrians have always assumed that we couldn't take anything from the cars. That's why we were fighting before. Now, the door seems a little more open, like with the 7th street bike lane (which took a four-lane road and assigned two for bikes) DOT did that and it didn't have to impact the pedestrians.

What's the first order of business for Los Angeles Walks?

Given the success of Safe Routes to School here you're given funds to make it safer for kids to walk and bike to school, we said the next thing that needs to be paid attention to in terms of priorities is that we need a more robust transit system. To do that, we need to support how people get there.

Typically, cities—in particular, the city of Los Angeles—is notorious for just arbitrarily picking whatever projects that they might go after funding for from Metro, who has their call for projects every two years. There have been no priority based on need.

We mapped the most heavily used bus or rail stations with where the most crashes are to see where most pedestrians and cyclists getting injured and where are most people getting on and off the bus. We've identified parts of East Hollywood, MacArthur Park, Florence and Broadway, some parts of South LA as those most in need.

With that information, we're reaching out to those communities with the offer to help identify what are the specific problems of why people are getting injured in these locations. We'll hold workshops, charrettes, walk audits, a whole series of things to evaluate the conditions; come up with some recommendations and go up to the city and say, 'You need to come up with funding for this." Whether it's capital improvement money, Metro Call for Projects money, or Highway Safety improvement funds, we have to get those things paid attention to and realized.

It's only like 20 percent of what it could be. If you look at the city of Santa Monica, for more than ten years now has done zebra stripe walks and directional curbs. They don't sound like a big deal, but they are. 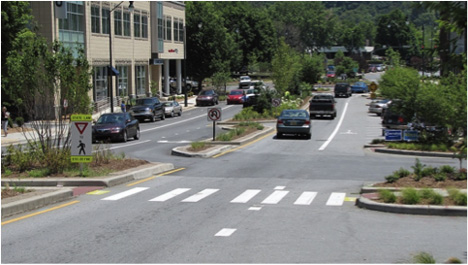 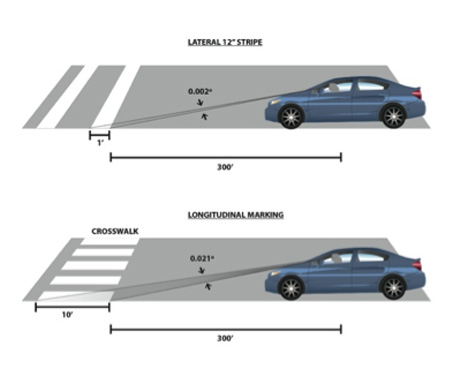 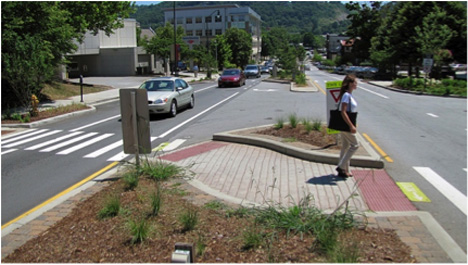 They can help by being engaged in our efforts. They can come to planning commission meetings when there are issues. They can volunteer to serve on the city's Pedestrian Advisory Committee.

There's ways for us to be a force. Look at how forceful the Bicycle Advisory Committee. has been. It's because those people are there all the time. They're looking at the details. The big ideas, we need support on, but the day-to-day of how we build projects has got to change and move in the right direction. We need all that support to do the curb extensions, the zebra strip crosswalks, to simply get a stop line. Some of these are no-brainers to other cities, but are major battles for us to make sure that they happen consistently across the city, not just in a few locations.

What does it take to build a walkable city in LA?

To me, it's finding the right stakeholders, community partners. What we're trying to do is facilitate the process of people fixing up their neighborhood to make it safer. It's about working with people who have the energy and have the commitment. Somebody else isn't going to do it for them. We'll help make the connections, but we need to pass the baton to them.

[Author's note] In a two-day charrette, Murphy worked with other design professionals on a Model Design Manual for Living Streets, a manual to help design more livable and active urban spaces. Murphy pointed Core77 readers to the site's free download, if they're interested in learning about the range of options to help make a more pedestrian-friendly urban environment.