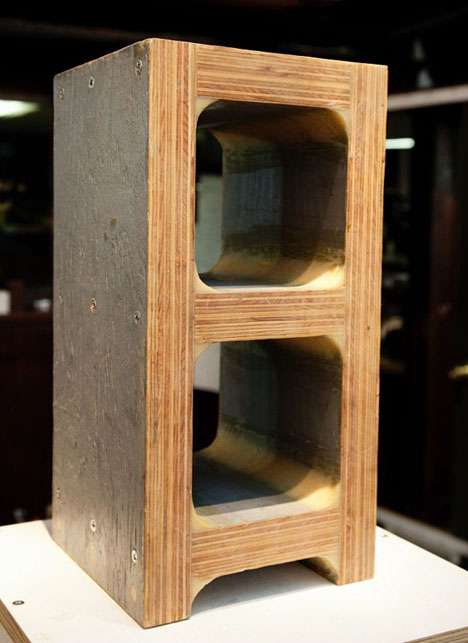 Sculptor Tom Sachs happens to have his studio just up the block from me, but the goings-on inside are well-shielded from the street. I'll occasionally pass by just as the doors quickly open and close to admit or discharge one of his employees, and I always catch that distinctive shop whiff that screams they're making stuff in there.

Sachs (whose "Space Program: Mars" exhibition opens today at the Park Avenue Armory) has a quirky sense of humor fully on display in this "Love Letter to Plywood" video:

The video was directed by Sachs collaborator Van Neistat—remember his brother, Casey?--and is part of a trilogy called "Energies and Skills." Check out the other two, "How to Sweep" and "Space Camp" for more Neistat & Sachs goodness.