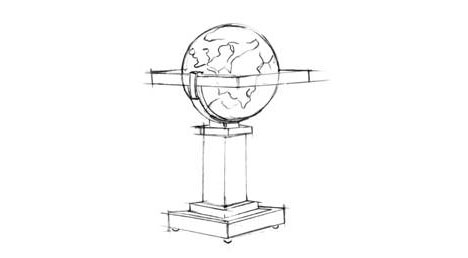 Years ago a Frank Lloyd Wright sketch of what appears to be a globe stand (above) surfaced at the Foundation in his name, which holds archives for more than 20,000 of his drawings. A Chicago-based company named Replogle Globe, the world's largest manufacturer of globes, approached the Foundation seeking permission to realize it. Permission granted, they produced the Wright Globe, a walnut pedestal supporting an antique-hued globe and standing at 39 inches. 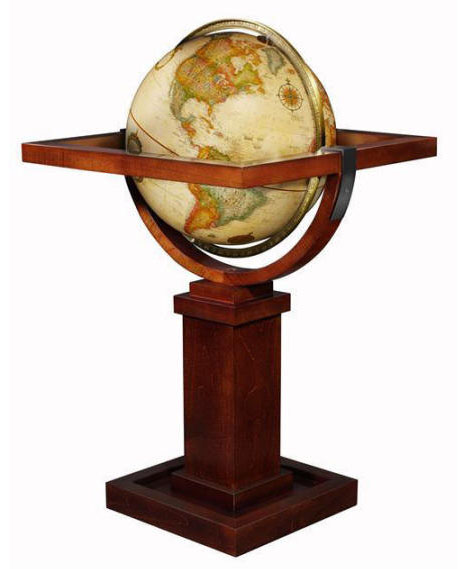 The drawing is an unidentified concept for one of the Prairie Homes that Mr. Wright designed in the early 1900s. The only marking on the drawing is in his handwriting and says, "Something like this." The proportions, and interpriation, of the drawing were calculated based on the scale of other drawings from this time period.

They apparently met with some success, as they then produced an entire line of Foundation-authorized Frank-Lloyd-Wright-branded globes, the others not drawn from sketches but rather cobbled together from a combination of Wright's design signatures. 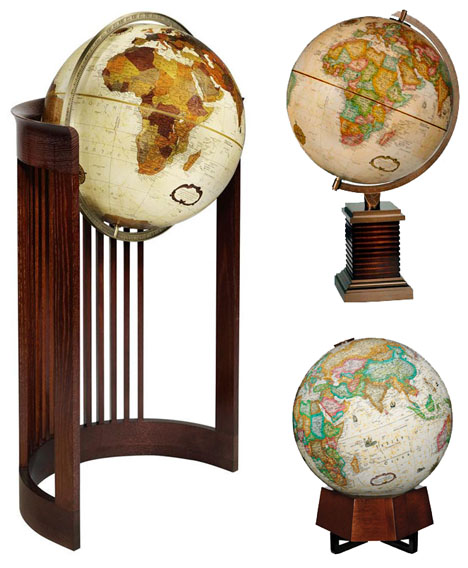 I have mixed feelings about this. But I think it would be awesome if a missing next page in the sketchbook surfaced, and it turns out that the scale was all wrong, and that Mr. Wright actually intended to venture into outer space to encase the Earth in a really big walnut pedestal space station.

In my wildest dreams, it comes to light that the sketch had been doctored to remove the following annotation: 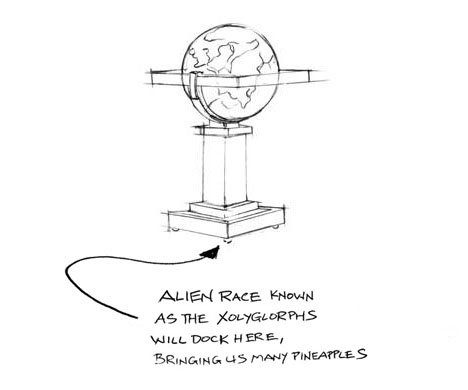