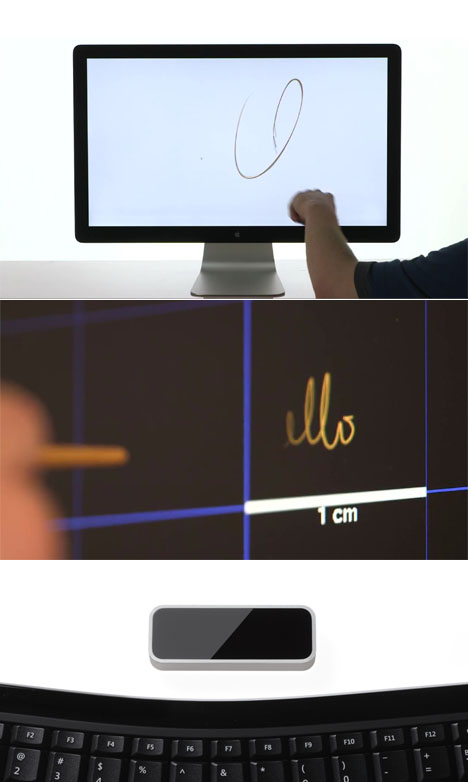 This morning, a San-Francisco-based company called Leap Motion released the demo video for their eponymous gesture control interface, which appears to be shockingly accurate:

It's more accurate than a mouse, as reliable as a keyboard and more sensitive than a touchscreen.... This isn't a game system that roughly maps your hand movements. The Leap technology is 200 times more accurate than anything else on the market -- at any price point. Just about the size of a flash drive, the Leap can distinguish your individual fingers and track your movements down to a 1/100th of a millimeter.

The system can distinguish thumbs from figures and tell when you're holding a pencil in your hand. Check it out:

The drawing app looks freaking awesome, and imagine being able to do CAD with your bare hands. That would take some clever tool/interface design on the part of the software developers, but if the Leap is really as easy to use as the manufacturers claim—"Plug the LEAP into a USB port. Load the Leap Motion software. Do a quick wave to calibrate. That's it"—you can be assured said developers will get on it.

Outside of personal computing, I'd love to see the Leap applied to ATMs, so I never had to touch those filthy, smudged and sneezed-upon screens again.

The Leap is currently available for pre-order at $69.99 a pop.